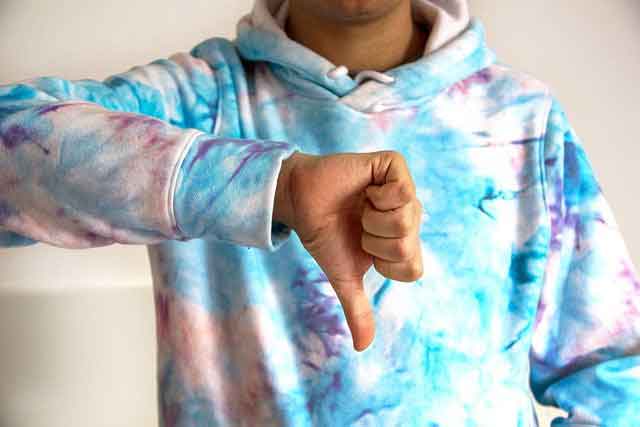 America is in a bad mood.

Granted, this is a subjective impression, but it is common, and there is no shortage of analyses of it, examining everything from social media to income inequality. I would like to try on for size the simplest possible explanation: If Americans are much more negative than they used to be, it is mostly about politics, and in recent decades political failure has become much more pervasive than it used it be.

The result is a kind of national mood disorder. I am not so naĂŻve as to think politics will suddenly become less important in America anytime soon. But conditions can change quickly, and outside of politics the outlook is more positive.

If you ask why Americans might have become more negative about politics, there is a ready answer: It is the combined effects of 9/11, the failures of the wars in Iraq and Afghanistan, the financial crisis and Great Recession, and the arrival of a major pandemic and 700,000 American deaths.

In all of these cases, the political class failed to respond adequately to crises. In contrast, the highly negative events preceding the 1980s, such as the high inflation of the late 1970s, were all addressed or even solved through politics.

A second question would be whether there is evidence to support the contention that Americans have become more negative overall. I am doubtful. Do fans of the Boston Red Sox hate the New York Yankees more than they used to? It's not obvious that the answer is yes. What about animosity between, say, Protestants and Catholics? That's probably a good deal weaker. There is almost certainly less homophobia, too, in addition to many other forms of prejudice. There are other indicators of progress; the surge in the number of Americans starting new businesses, for example, is hardly a sign of pessimism.

The negativity seems centered on our politics, our elites and the people who disagree with us politically. As political scientist Lee Drutman has written: "It's bad news for a democracy when 60 to 70 percent of people view fellow citizens of the other party as a serious threat." This phenomenon is much worse than in times past, and so our current negativity is more channeled and more focused.

I am struck by the comments section on the blog I run with Alex Tabarrok. We write mostly about economics, though other subjects often come up, such as technology, pop culture, my evil twin brother and, yes, politics. Our blog has been around for 18 years, and each year the commenters seem to become more scathing, not only about the blog's authors but also about each other.

The next issue to consider is whether this arrangement — for lack of a better term, call it political negativity — is stable, and if not how it might change.

The good news is that shifts in national moods come relatively frequently, and they are difficult to forecast. In the 1990s, for instance, few people forecast our current predicament of such an extreme polarized emotional opposition. Negative moods do not necessarily feed upon each other and become worse, as shown by the broader currents of history. Civilization has been around for thousands of years, and the U.S. for a few hundred years, in both cases with many ups and downs. If negative moods inevitably lead to nothing more than further collapse or destruction, it is hard to see how we would have come so far.

It is even possible that national moods are characterized by mean-reversion — namely, that negative moods tend to turn more positive, and vice versa. That would imply we could look forward to better moods ahead. That is hardly gospel, but I haven't seen anyone with a better theory.

Nobody, including you and me, is consistently good at measuring the current national mood, never mind forecasting changes to it. That may sound a little scary, but it has ever been thus.

So, to sum up a few of the basic facts under this worldview: Americans are more negative and more oppositional in some important ways, especially around politics. This is not a good development. Yet — especially when you look beyond politics — the national mood is by no means entirely sour or hopeless. National moods also change frequently, and in unpredictable ways. There will be many positive developments in coming decades, most of all in biotechnology.

The negativity, in other words, is contained, and it could change swiftly and without notice. I don't know about you, but I find this outlook liberating — or even, dare I say, a reason for some modest optimism.