Two American power centers are about to clash 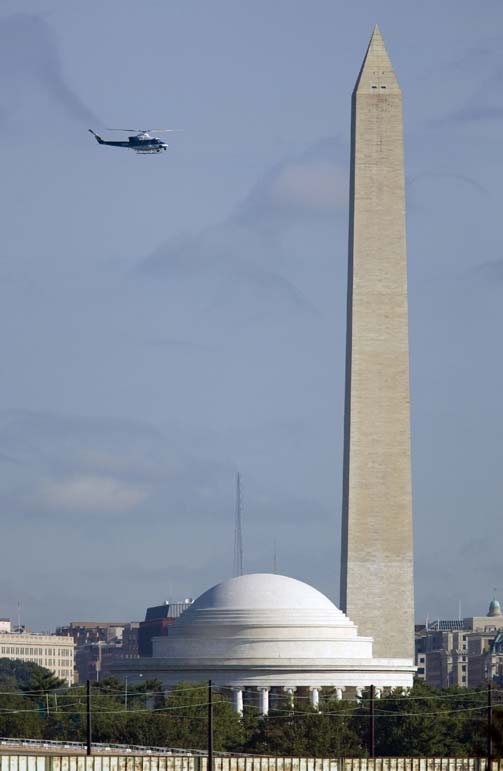 Not long ago I attended an informal session in San Francisco on, basically, how to make the world a better place. Most attendees were from the Bay Area and the technology industry. I was struck by how their approaches and perspectives differed from what I am used to, living in Northern Virginia, just outside of Washington.

Many participants announced visions of a better and very different future, such as letting top scientists operate without financial constraints. It was implied that we can figure out a way to get there. My inclinations, I am perhaps a bit ashamed to say, were more legalistic. I was thinking the whole time in terms of changing specific laws to alter the behavior of specific bureaucracies, with smaller final benefits.

My biggest takeaway from the get-together was that today's America has two fundamental and really quite different cultural and intellectual centers: Washington and its environs, and the Bay Area (including Silicon Valley, San Francisco and, if I may cheat a little, Seattle).

The D.C. area is the center of legalistic thinking, which is increasingly important with the growth of government and the regulatory state. Lawyers and policymakers are our engineers for incentives, so to speak, even if they don't always get it right. Their efforts are backed by an array of economic, legal, political, public opinion and bureaucratic expertise that is without parallel in history. If, for instance, you talk to the specialist at the Treasury Department on accelerated tax depreciation, that individual will be impressive, even though his or her final output may be filtered through some very unimpressive political constraints.

D.C. has also become an increasingly important media center, where so many rhetorical battles over the future of the country are started. President Donald Trump maximized his influence by moving to the nation's capital, though augmented by Twitter, a San Francisco product.

Given that the U.S.'s greatest intellectual achievement is its Constitution, should it be such a surprise for Washington, both the literal and symbolic home of that document, to finally become such a significant city? The D.C. area is also the only major U.S. metropolis where the resident intellectual class is more or less evenly divided between left- and right-wing, giving it a nice and potent diversity.

The Bay Area is full of engineers of the more literal sort, producing rapidly scalable goods and services, at least once the initial code is cracked. It's given us operating systems, internet search and browsers, personal computers, smartphones, ride-sharing apps, Facebook, Amazon delivery and much more. It's the old American "can-do" mentality, but accelerated and intensified by Moore's law, with new methods for organizing and motivating talent. And it is realized in the less regulated parts of the economy, where companies can get something done without first requiring too much permission from America's other intellectual center.

These new services are built on technical expertise, but they also require the ability to imagine how the future might be quite different, a fundamentally philosophical and ideological skill, even if it is not always recognized as such.

When it comes to the leaders, D.C. is run by mostly native-born Americans, the Bay Area often by immigrants. And D.C. is old while the Bay Area is young, again showing two opposing poles of the American experience.

Traditionally, Americans have thought of New York City as the country's cultural and intellectual center. That's no longer the case. New York dominates in many areas, most of all the arts, but those are no longer the most influential or innovative parts of the American Zeitgeist.

In my personal opinion, I tend to have the most interesting intellectual conversations in either the Bay Area or near D.C. That was not the case 20 years ago.

To date, these two new cultural and intellectual centers have proceeded on largely separate tracks, each with its own strengths and weaknesses, ignoring each other as much as possible. For the most part, it has been a good bargain, giving the nation the advantage of two distinct ways of thinking, without them stepping on each other's toes too much.

But that won't be the case. The law-making and regulatory state will expand to cover more of tech, and tech has scaled so effectively that its products -- such as autonomous cars or the possible ability to influence elections -- are running into more legal and political issues.

Ideally, we'd like a synthesis of the strengths of tech and the legal-based reasoning that dominates the federal government. But the Bay Area and the D.C. area are built on such different principles, and they don't understand each other very well. It's more likely that we see a rude awakening, as the U.S. realizes its two most influential centers have been pulling the country in opposite directions.