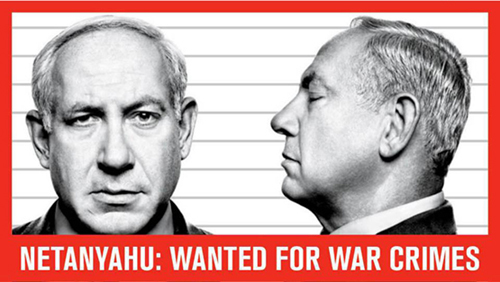 Condemnation of Israel for its conduct of Operation Protective Edge in Gaza continues unabated. The chief accusation, heard time and again, is that the Israel Defense Forces (IDF) have either been cavalier about civilian casualties or are intentionally inflicting them. Israel and its defenders, for their part, have been at pains to point out the great lengths the IDF has gone to avoid injuring civilians, while at the same time noting the innumerable ways in which Hamas has violated the laws of war.

The debate over these matters has been almost as intense as the fighting itself. All too often, historical and moral perspective have been lost in the rhetorical smoke. No nation can survive with hundreds of rockets raining on its cities day after day while its borders are simultaneously penetrated by armed fighters seeking to spirit out hostages via underground tunnels. Once again, Israel has found itself waging a war for its survival. In such a war, the question becomes: What is forbidden and what is permitted?

As is well known but bears restating, the campaign Israel has been conducting to suppress Hamas rocket fire and destroy its tunnel network employs precision guided munitions. The attacks from land, air, and sea are designed to destroy Hamas's command and control facilities and those structures in or from which it has been manufacturing, storing, or firing its huge arsenal of rockets. Before the IDF attacks any buildings where civilians are known to be living or congregating, it issues numerous alerts by dropping leaflets, making telephone calls and sending text messages, and firing warning shots.

In a conflict in which its adversary employs innocent women and children as human shields and fires offensive weapons from or near hospitals, schools, and U.N. shelters, Israel's effort to reduce civilian casualties has clearly not succeeded in every case. But the effort itself, if not unique in the annals of warfare, is certainly far from the norm. Notably, it stands in the starkest possible contrast to the way Great Britain and the United States conducted their own war for survival.

The Germans in World War II may have initiated the carpet bombing of civilian centers, but it did not take long for the Allies to respond in kind. Days after the German bombing of Rotterdam, Winston Churchill's war cabinet settled on the initiation of "unrestricted air warfare," openly casting aside concern for civilian life so long as military objectives would be realized. What followed over the next years, as is well known, was the destruction of more than half of Germany's urban centers.

What is less well known, but has been meticulously chronicled by the historian Richard Overy in The Bombers and the Bombed, is exactly how methodical—even scientific—that bombing campaign became. To calibrate how best to wreak destruction, the British air ministry devised a measure of the ratio between bomb weight and expected deaths among German workers, i.e., civilians. The unit of measurement it selected was based upon the casualties inflicted by Germany in the November 14, 1940, bombing of the English city of Coventry. The scale went from "1 Coventry" upward, with an attack of "5 Coventries" expected to yield approximately 28,000 German deaths. In the spring of 1942, Churchill's scientific adviser, Lord Cherwell, produced his famous calculation that 10,000 Royal Air Force bombers would be sufficient to "dehouse" one-third of Germany's urban populace.

A new military-scientific subdiscipline emerged: "incendiarism." It is "axiomatic," explained the report of one British defense research divison, "that fire will always be the optimum agent for the complete destruction of buildings, factories, etc." Overy recounts how experts from the National Fire Protection Association in the United States traveled to London to provide advice on how best to achieve "large-scale fire destruction." As the war progressed, considerable effort was devoted to making certain that targeted cities would be consumed by firestorms of the kind that sucked the oxygen out of the air and killed by the tens of thousands.

A unit in the British air ministry systematically considered the relevant factors for fostering the "essential draught conditions": the dimensions of beams in the average house in northwest Germany, the materials used in constructing rooftops, the design of staircases, the thickness of floors. The happy conclusion it reached: "a German house will burn well." Observing Churchill read aloud a memorandum setting forth the possibility of "round-the-clock bombing" of Germany, an American general was later to recollect: He "rolled the words off his tongue like they were tasty morsels."

Churchill today is remembered, rightly, as one of the greatest leaders of the 20th century. Israel has never for a moment even contemplated employing the kinds of tactics that, however much we recoil from them today, the British titan utilized to ensure his country's survival. Similar draconian tactics were employed by the United States under Franklin D. Roosevelt and Harry Truman in the war against Japan and were repeated in the saturation bombing of the Korean and Vietnam wars, both conflicts far from our shores where our own survival was not at stake. Yet instead of reducing all of Gaza to rubble, Israel has chosen to fight door-to-door and tunnel-to-tunnel, and to suffer heavy casualties of its own.

Obviously striking in this connection is the contrast between Israel and Hamas, which has engaged in a wide variety of war crimes that, beyond those previously mentioned, include aiming rockets at civilian targets, using Red Crescent ambulances to ferry fighters, and carrying out attacks during a U.N.-sponsored truce. Particularly noteworthy among its assortment of violations is the use of Israeli uniforms by Hamas fighters as they carry out attacks.

According to the Hague Convention of 1907, it is "especially forbidden" to "kill or wound treacherously." Treachery comes in a variety of forms, and one of them is to "make improper use of .??.??. the military insignia and uniform of the enemy." Yet this is precisely what Hamas has repeatedly done. Once again, practices during World War II are instructive.

As Germany's military position was collapsing in December 1944, Adolf Hitler set in motion Operation Greif (Griffin), aimed at capturing one or more of the bridges traversing the Meuse River. He put in charge Otto Skorzeny, the enterprising SS officer who had rescued Mussolini from Italian captivity. The Führer insisted to Skorzeny that special units be employed composed of English-speaking soldiers wearing captured British and U.S. Army uniforms. They were to cause mayhem behind enemy lines by issuing false orders, changing road signs, and other forms of military mischief.

But by this juncture Hitler's military genius was insufficient to save the day, and Operation Greif—along with the Battle of the Bulge, of which it was a part—came to grief. Some two dozen of Skorzeny's fighters were captured. Skorzeny himself was also apprehended. In 1947 he was put on trial in Dachau for a number of crimes, including that of treacherously making use of American uniforms. Skorzeny acknowledged ordering his soldiers to wear the uniforms. But he asserted that so long as enemy uniforms were not worn during combat, their use as a ruse was not illegal under international law. The court agreed. As there was no evidence showing that he or his forces had used a uniform while firing weapons in actual combat as opposed to deception operations, he was acquitted of the charge. But 18 of his fighters who were caught in the field wearing American uniforms were not so fortunate. They were executed on the spot in full accordance with military law regarding the treatment of spies.

This brings us back to Hamas. Its illegal use of Israeli uniforms in combat is but one of many practices that reveal the group to be not a government or a governing party, but a terrorist organization. Indeed, its fighters fall into the same category of "unlawful enemy combatants" that applies to al Qaeda. In fighting such an adversary, one is allowed to take off certain gloves, as the United States has been doing in Afghanistan under both Presidents Bush and Obama. Our forces there have routinely used a variety of tactics to kill our enemies that entail the inadvertent but extensive loss of civilian life.

All this is overlooked by the wolf pack that constitutes Israel's critics. So too is the ocean of civilian blood flowing in Syria and Iraq at the hands of Islamic butchers of various religio-ideological stripes, about which Israel's critics are thunderously silent. President Obama fully participates in the hypocrisy by publicly chastising Israel for causing civilian deaths when such deaths have occurred with regularity as a consequence of the drone strikes carried out in Afghanistan and elsewhere at his own orders, and for which the United States has on frequent occasion felt compelled to apologize.

The chorus of condemnation of Israel will no doubt continue. Its sources are to be found not in facts and fairness, but in a brew of convenience, fear, and hatred. Yet by the yardstick of history, Israel has conducted itself with astonishing restraint. In the war for survival that it is waging, it would be fully justified in taking off the gloves. If the IDF had wanted to suppress all Hamas rocket fire and destroy the Gaza tunnel system without losing a single one of its soldiers, it had well within its possession the means to do so. It has chosen not to employ such ferocious means. That is not the way the Jewish state fights. It is a bitter irony that Israel's restraint has not earned it a respite from savage criticism even as it has saved the lives of countless Palestinian civilians while also costing the lives of many dozens of its own soldiers.

Gabriel Schoenfeld, a senior fellow at the Hudson Institute, is the author, most recently, of A Bad Day on the Romney Campaign: An Insider’s Account. He wrote this for The Weekly Standard.