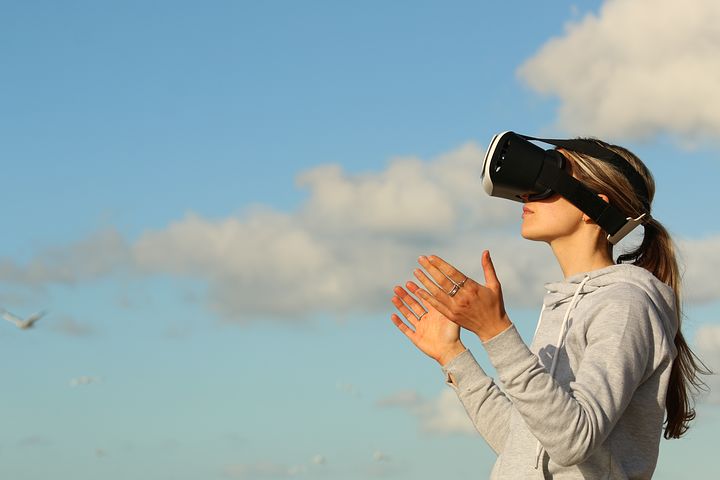 There is plenty of talk about how social media, artificial intelligence and robots will change our world. Virtual reality has received less attention. Yet more than 1 million headsets were shipped in the third quarter of 2017, and increases in computing power and bandwidth may make this innovation "the next big thing."

As I see it, even if the early generations of the devices disappoint, virtual reality is likely to bring big changes to our daily lives.

Virtual reality technology can create vivid multiprojected environments, designed to feel real in some ways. In essence, with virtual reality we will be able to manage our empathetic and emotional reactions in a manner currently beyond us.

The technology may make our medical treatments seem less painful by providing distractions. It could help alleviate post-traumatic stress disorder, by allowing sufferers relive the bad experience in a way that helps them get over it. Athletes and test-takers might use simulations to get over "choking" and other performance problems. There are plenty of other uses we probably haven't much thought of -- I was struck by a recent report of a virtual reality "death simulation machine," to help prepare people for their passing.

In this future, we will be able to steer and manage our emotional reactions to a greater degree. Do you think you don't care enough about starving babies around the globe? There probably will be a virtual reality program to fix that, at least temporarily. You will be able to enter their world and experience their suffering in a manner that will seem almost real, perhaps in preparation for writing a check to your favorite charity.

One key question is which emotions we will decide to have more of. It would be nice to think we will use virtual reality to make ourselves more caring and more empathetic, but I'm not convinced. Just as gossip magazines and celebrity-based reality TV have long been popular, we might use virtual reality to vicariously sample the lifestyles of the rich and famous. That could make us more callous rather than more caring, or at least less involved in the suffering of others, as competing experiences will seem so much more exciting.

I am struck by recent studies that show people will go out of their way to avoid being asked to give to charity. If you give households advance notice that a door-to-door fundraiser will be coming by on a given day, the denizens are 10 percent less likely to be home. This is in spite of the fact that charitable generosity seems to be correlated with personal happiness.

Another way to gauge possible effects of virtual reality is to consider how people behave now on the days of thrilling non-virtual experiences. The good news is that holding the Super Bowl in a given city doesn't seem to increase local crime rates, even though there are more tourists and ostensibly more victims around. Nor does it seem that domestic violence goes up.

Yet further evidence suggests that violent movies lower the rate of violent crime, if only because the potential perpetrators are busy being entertained. So we can expect virtual reality to alleviate some social problems, if only by providing a new diversion.

That said, there is a real issue of concern here. Are the vivid experiences improving us morally, or do the gains come simply because our emotions are drained away from the sphere of everyday life? I fear virtual reality may compound the latter effect, again implying a future with less altruism and caring.

There's also some evidence that computer games may have contributed to the nonemployment of young men, as they play the games in lieu of looking for work. The size of this effect is disputed, but virtual reality could create a more potent distraction.

At first virtual reality may be expensive, but over time it will become cheaper and likely spread to poorer individuals. That development may lower empathy for yet another reason, namely wealthier observers may adopt a "let them eat cake" attitude. Will poverty be seen as so terrible if its sufferers have access to a compelling virtual reality with fancy parties and overseas travel? Statistics such as per capita gross domestic product may seem less meaningful.

We tend to think of virtual reality, at least in its early stages, as a private experience pulling people away from public life. In the longer run, much of the public sphere itself may shift into virtual reality, just as many computer games or for that matter social media like Twitter are collective experiences.

Virtual reality will be a fundamentally new part of the world that a lot of people won't want to have much to do with, at least not at first. How will that work out? Well, maybe we can simulate it first using virtual reality â€¦