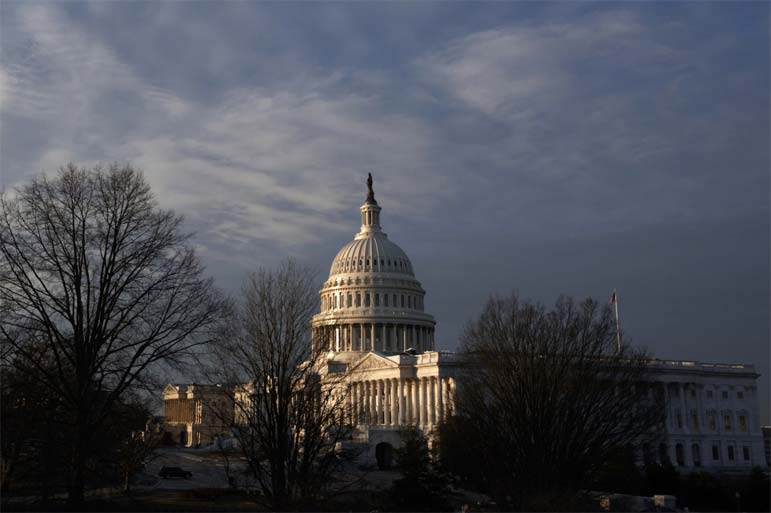 Congressional "earmarks" may be coming back, with the House Rules Committee set to convene hearings this month, possibly to reverse a (complicated) 2010 ban on the federal spending perks directed to local projects. President Donald Trump seems to be on board, telling a group of lawmakers at the White House on Tuesday: "You should do it."

One person's pork-barrel spending is another's public good, but think of earmarks as local benefits inserted into bills to buy more votes in Congress. That sounds bad, but in a fraught, polarized time it could be exactly what the U.S. government needs.

In essence, earmarks give congressional leaders more control over individual members. Recalcitrant representatives can be swayed by the promise of a perk for their district. That eases gridlock and gives extreme members of Congress something to pursue other than just ideology.

But is more legislation always a good result? Advocates of smaller government should keep in mind that reforming spending and regulation requires some activism from Congress. Gridlock today is not the friend of fiscal responsibility, coherent policy, or a free, well-functioning capitalist economy.

But what if you're a Democrat? In these days of Republican rule, you might have discovered a newfound love for stasis. Still, earmarks make it harder for, say, far-right party members to hold legislation hostage to their demands. In other words, party leadership can put up a more centrist bill and then buy off the extremists with local benefits rather than policy concessions.

Earmarks also give lawmakers an incentive to cross party lines. If a Democratic representative can receive a local benefit from the Republican leadership, in return for supporting a bill, that lowers the influence of the Republican outliers. The very threat of a deal with Democrats pushes bills toward the center. Of course, the next time the Democrats are in power, this logic will operate in reverse — but again it will encourage centrist outcomes.

In other words, partisans from differing perspectives ought to agree that reintroducing earmarks would be an improvement. There is widespread agreement that today's politics have become too polarized, and earmarks would help reverse that trend.

You probably should oppose the reintroduction of earmarks if you think you are likely to win on the big issues of the day, if only you stick to your guns and slug it out in the ideological trenches. From my point of view, however, the discouragement of such tactics is another argument for reintroducing earmarks.

Most of all, I think of earmarks as recognizing that compromise and messiness are bound to remain essential features of American government, and that, whether we like it or not, there is something inherently transactional about being governed. Earmarks are a risk insurance policy against extreme outcomes, and like many other insurance policies, in any given year they may appear a pointless waste of resources. Still, we should keep in mind they may be protecting us against the very worst outcomes.

Or here is another way earmarks could work: Consider that virtually every member of Congress looks to support government spending that will boost his or her re-election prospects. It is often the case that directly targeted local spending — which may take the form of earmarks — buys support for a relatively low dollar price per vote. If earmarks are removed, representatives are still going to pursue votes, but the total amount of electorally motivated, wasteful government spending may be higher.

Although earmarks sometimes are called budget busters, in reality they are pretty small in scope. During the heyday before the 2010 ban, earmarks were less than 1 percent of total federal spending.

Besides, you don't have to think of earmarks as bribes or corruption in every case. For better or worse, it is part of the job of representatives to fight for resources for their districts. Sometimes an earmark may turn out to be valuable infrastructure, such as a bridge or new road. But even superficially wasteful earmarks are part of a broader process of how Washington discovers what the nation actually wants. As with new product development in business, you can't run such a process without allowing some number of mistakes.

By the way, the evidence suggests it doesn't help to make earmarks more transparent. In fact, transparency may only encourage representatives to parade the local pork they are bringing into their districts, thereby boosting wasteful spending.

American democracy, in procedural terms, is not at peak efficacy today. So it's all the more important to seize upon any improvements we can, earmarks included.

Previously:
• 12/27/17: The year when the Internet collides with reality
• 11/07/17: Would you blame the phone for Russian interference?
• 10/23/17: North Korea is playing a longer game than the US
• 10/12/17: Why conservatives should celebrate Thaler's Nobel
• 08/02/17: Too many of today's innovations are focused on solving problems rather than creating something new