The year when the Internet collides with reality 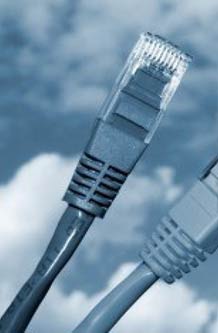 The onset of a new year brings plenty of predictions, and so I will hazard one: Many of the biggest events of 2018 will be bound together by a common theme, namely the collision of the virtual internet with the real "flesh and blood" world. This integration is likely to steer our daily lives, our economy, and maybe even politics to an unprecedented degree.

For instance, the coming year will see a major expansion of the "internet of things," especially home and other smart devices subject to our commands. So much of our time with information technology has been taken up by texting and Facebook, pure communications of symbols and photos and videos.

The next steps will be controlling our doors, heating systems, lights, stoves and refrigerators, and moving toward driverless cars. The virtual world will be managing our older physical processes more and more.

"Augmented reality" will become a better-known phrase as a superior version of Google Glass arrives. Imagine walking into a store, putting on techie glasses and learning immediately about product bargains, quality ratings and items you might want to buy, as you do now on the web with Amazon.

That kind of useful information will seep into our public spaces, and you will be able to speak a command and have your favorite cheese waiting for you at the grocery checkout, at a discount of course.

Integration will shape the financial world too. Bitcoin has been an online sensation since its origin in 2009, but it has existed as a kind of closed universe, both intellectually and in terms of its impact on other financial markets. Late in 2017, futures contracts for bitcoin started on both the Chicago Board Options Exchange and the Chicago Mercantile Exchange, which means bitcoin now intersects with a world of collateral, margin requirements, potentially insolvent traders, and publicly verifiable values for contract settlement.

So far this process has gone fine. But whatever your prediction for the future, this integration of real and virtual worlds will either make or break bitcoin and other crypto-assets.

As for American foreign policy, so far it has been proceeding along two very separate lines. There is the process-oriented, expertise-based approach emanating from some of President Donald Trump's advisers, such as National Security Adviser H.R. McMaster, and also from the State Department.

Then there is Trump, who conducts much of his personalized, individualized foreign policy on Twitter, including threats to North Korea and insults to various allies. So far the process-oriented and Twitter-oriented foreign policies have coexisted, however uneasily. I see 2018 as the year where these two foreign policies converge in some manner. Either Trump's tweets end up driving actual foreign policy and its concrete, "boots on the ground" realization, or the real-world policy prevails and the tweets become far less relevant.

As for conflict, cyberwar will escalate to the point where it is seen like an act of physical aggression, comparable to bombing civilians, rather than existing in its own separate sphere.

Yet more of the advances on the tech side are troubling, such as how artificial intelligence is being used for facial surveillance in China, and how Chinese social credit rating systems are assessing the suitability of individuals as both credit risks and loyal citizens. I expect many other autocracies to adopt similar technologies, and so "control of information" will mean "control of people" more and more.

One under-discussed feature of the internet to date has been its role as an "add-on" in human affairs. Internet use brings extra benefits, but if you don't want to use the internet, you still can get most things done, in the physical world at least, though you probably are relying on other people to use the internet for you. People therefore can partake in the internet to varying degrees, while still intersecting broadly through the same common public institutions. Even without using email you can vote, buy groceries, drive your car, and send your kids to school.

But the possibility of independence from internet use is diminishing rapidly. The bright side, which is very bright indeed, is that the integration of the physical and the virtual will spread productivity gains throughout the American economy. The downside is that skill in virtual worlds will determine a person's financial success and enjoyment of life more and more, to the disadvantage of those on the dwindling side of the digital divide.

I am struck by the recent decision of the French government to ban smartphones in schools for children ages 15 and younger. The government has said it wishes to subordinate information technology to face-to-face play time. I doubt if such a retrograde policy can swing the cultural tide, but again, it's a sign that the integration of the real and virtual will be a big theme for the year to come. In America, for better or worse, it's likely to be full speed ahead.

Previously:
• 11/07/17: Would you blame the phone for Russian interference?
• 10/23/17: North Korea is playing a longer game than the US
• 10/12/17: Why conservatives should celebrate Thaler's Nobel
• 08/02/17: Too many of today's innovations are focused on solving problems rather than creating something new