What Color Is English? 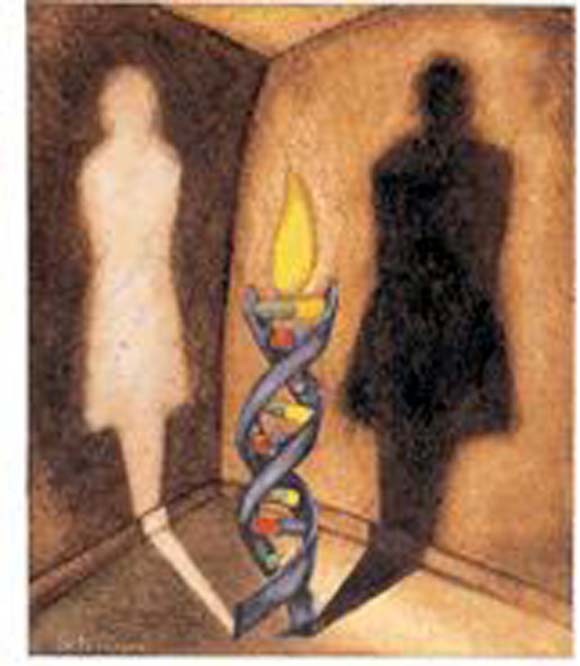 
Well, you know the rest.


Even William Safire couldn’t put Humpty Dumpty back together again. But he did leave a guide to identifying the debris: Safire’s Political Dictionary.


I know I haven’t told you where we’re going yet. It’s not for the faint-hearted. So before we start plodding through the rubble, we’ll need some protective gear.


“Racism … was at first directed against Jews. In the nineteenth century, anti-Semites who foresaw a secular age in which religion might not be such a popular rallying force against Jews put forward the idea of Jewishness being less a religion than a race. Adolf Hitler, with his ‘master race’ ideology, turned theory into savage practice.”


Judaism is a nationality and a religion. The two are intertwined. But the fact that there are converts to Judaism from all ethnic origins means that Jewishness is not delimited by race.


“Ambassador Moynihan, who had been an academic expert … on the subject of ethnicity and race, was quietly seething at the hypocrisy on display just one generation past the predations of the Nazi racial doctrines.”


Mr. Moynihan declared, “Today we have drained the word racism of its meaning. … The United States of America declares that it does not acknowledge, it will not abide by, it will never acquiesce in this infamous act.”

Meanwhile, back at the ranch, The Writing Center at the University of Washington Tacoma recently issued a statement declaring:


“The racist conditions of our society are not simply a matter of bias or prejudice that some people hold. … Racism is the normal condition of things. Racism is pervasive. It is in the systems, structures, rules, languages, expectations, and guidelines that make up our classes, school, and society. For example, linguistic and writing research has shown clearly for many decades that there is no inherent ‘standard’ of English. Language is constantly changing. These two facts make it very difficult to justify placing people in hierarchies or restricting opportunities and privileges because of the way people communicate in particular versions of English.”


In other words, insisting on standard, correct spelling, grammar and usage is a racist act.


This echoes the vacuity of an educational system that says you mustn’t correct students who say 2+2=5. That would hurt their self-esteem. And don’t teach kids grammar or reading comprehension. Instead, make them feel good about being illiterate.


When Rabbi Dovid Orlofsky went to school, he says, “We didn’t have self-esteem.”


“What are you … a parking meter? I’ll put in another quarter.”


John McWhorter teaches linguistics at Columbia University. Because he is black, a linguist — and an independent thinker — McWhorter has become a target of partisans from all sides.


In 1996, the Oakland, California school board recognized Ebonics as not just a dialect, but the “primary language of African American children.” McWhorter questioned the move. For one thing, it ignored the inherent grammar of Black English. More important, as he wrote in Talking Back, Talking Black, he took the “un-PC position” because “the reason black kids have trouble in school is not Black English but the quality of the schools themselves, as well as the problems that life in disadvantaged communities can saddle students with.” Then he added, “Yes, indeed: That was considered a disloyal position for a linguist to take.”


McWhorter has denounced what he called the “flawed new religion of Antiracism.” It demands “self-flagellating piety” and “ritual acknowledgment of White Privilege” rather than helping black people to succeed in the real world.


As Dr. Martin Luther King said, decrying “sincerely conscientious” segregationists: “There is nothing more dangerous in all the world than sincere ignorance and conscientious stupidity.”


In a society where murder elicits a yawn — unless it’s labeled a hate-crime — the last taboo is racism. But equating Standard English with racism is worse than stupid. It’s an insidious disservice to the very people it professes to help.


Ask the man who knows.


“Go into any inner city neighborhood, and folks will tell you that government alone can’t teach kids to learn. They know that parents have to parent, that children can’t achieve unless we raise their expectations … and eradicate the slander that says a black youth with a book is acting white.” — Then Senator Barack Obama, 2004 Democratic National Convention Keynote Address


Previously:
• A Waste of Time
• He whose laugh lasts, laughs blessed
• Seeing the Light
• Unquote
• Save the Jews from the 'Days of Awe'
• Truthgate
• In the Scheme of Things
• Funny, It's Not
• Ready, Aim, Pray!
• Time Whorf
• Fathers Days
• The Elephant in The Kids' Room
• Beware the Ice of March
• The Theory of Negativity
• Truth Ache
• Holy Humor
• CAUTION: Joking Hazard
• Kludge Fixtures
• Canditedium: Just don't call me disinterested
• In Sanity: How Members of the Tribe do craziness
• You gotta like a guy who can 'feel or act' another's feelings in the mind's muscles --- still …
• The World of Words is Changing --- OY! What's a Jew to do?
• Unruly: Dos, Jews, and don'ts
• 'Noodging' Is Sacred
• Manipulated or Convinced?
• Lost in Translation
• Holy Tongue