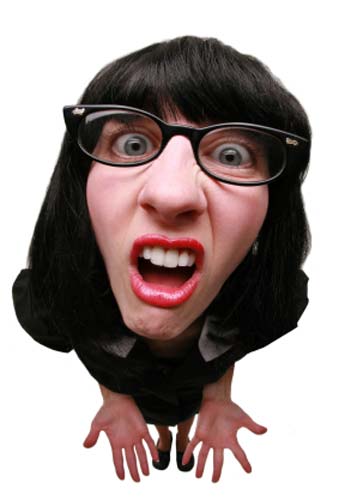 Pull up a chair. I've got a story for you.

It was 1974. We were living in Jerusalem, and my late parents came for Passover. One day, in the old Egged Central Bus Station, my Dad walked up to the information booth. But, just as he was about to ask which bus to take, he saw a sign in the window:

WE SPEAK ALL LANGUAGES

Handing my Dad a straight line was always a hazard. But this was a printed invitation! … Dad accepted.

The pekidah (clerk) came to the window, smiled, and asked how she could help.

Dad pointed to the sign and asked, "Do you speak Japanese?"

Her eyes went wide and her head jerked back — as if yanked by a marionette string.

"But it says you speak all languages!"

"But I only speak Japanese. …"

Shaking her head, she ran off to search for anyone who might speak Japanese. Somehow, she never got it that my Dad was speaking to her in English. I don't remember if Dad ever got his bus. But he had a story. And that was enough.

I was reminded of Dad's Japanese adventure when I started thinking about the problems of translation. Anytime you write something — in any language — you're taking a chance. As E.B. White cautioned writers, "When you say something, make sure you have said it. The chances of your having said it are only fair."

Add to that the barrier of another language and you're bound to run into trouble.

Translate comes from a root word meaning to carry across, transfer or transport. When you translate, you convey meaning. Perhaps, as E.B. White's advice suggests, any time you write something, the reader is "translating." And every reader could possibly get a different message.


When Mark Twain came across a French translation of his short story, "The Celebrated Jumping Frog of Calaveras County," he didn't get mad; he got even. Twain back-translated the French translation; only he did it literally, word for word — including all the mangled idioms — in revenge to the nation he loathed ever since the Dreyfus affair.

Of course, not all literal translation comes out senseless. The new interlinear translations of Siddurim (prayer books) are a prime example of a literal, yet intelligible approach.

To avoid the ping-pong effect of jumping up and back, to and fro, between Hebrew and English pages, you can read the translation between the lines (literally).

Want to get the gist of what you're saying in the Siddur while you're davening (praying)? Then interlinear is the way to go. But if you want to analyze text, you need something more robust.

Maimonides (d. 1204 ) wrote a letter to Rabbi Shmuel ibn Tibbon, who translated the Moreh Nevuchim (Guide for the Perplexed) from Arabic into Hebrew. After praising ibn Tibbon's mastery of language, he added some advice:

"Whoever tries to translate from one language to another, translating every word literally, word for word — while following the order of the original — will struggle with his work, only to have his translation be unclear and full of errors. That is not the way to do it. The first thing to do is to study and fully understand the original. Then explain the ideas clearly and in the right order and syntax of the second language. To do this right, you will need to change the order of the words; sometimes you will need many words to explain one; sometimes one word will stand for many in the original. The goal is to express the ideas clearly and fluently."

Rabbi Aryeh Kaplan (d. 1983) took this advice to heart when he wrote his translation of the Hebrew bible. To avoid readers misunderstanding the idioms and hidden meanings in the text, heincorporated the interpretations of the classic commentaries into the translation itself.

When the leading Judaic publishing house, ArtScroll, got up to Shir Hashirim (Song of Songs) in their series on the Megillos, they faced a similar issue.

Clearly, the scripture that Rabi Akiva called "The Holy of Holies" was meant to be understood symbolically. Any literal translation would distort and degrade the meaning. So the scholars at ArtScroll created an English translation "faithful to the allegory that is the Song's authentic meaning."

And not everything that's written demands to be translated.

A case in point: A woman met James Thurber and told him she had read his stories in French, then she added, "I enjoyed them even more than in English!"

"Yes," Thurber replied, "my works lose something in the original."