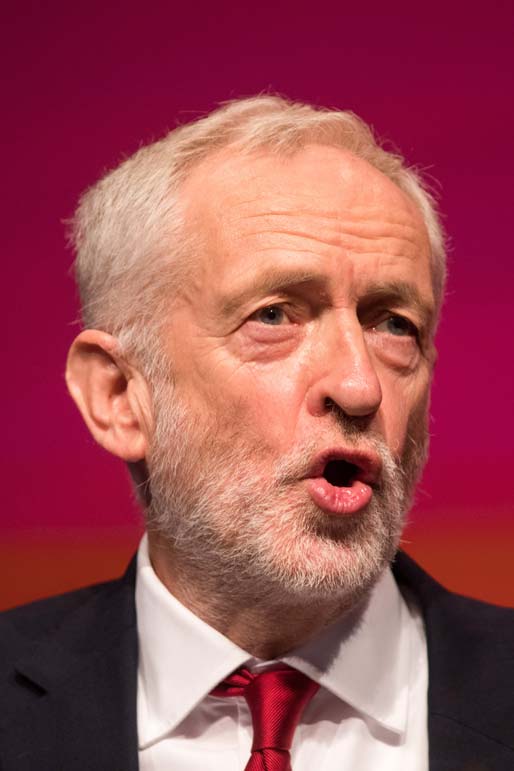 Reading the manifesto of the Labour Party led by Jeremy Corbyn, I realize how close Britain might be to catastrophe — a catastrophe that would make the whole Brexit episode seem of minor importance. Barring accidents, it is unlikely, but by no means impossible, that Labour will win the election on December 12.

If so, it will inaugurate a quasi-totalitarian government — not surprisingly, considering that Corbyn's deputy, John McDonnell, is an admirer of Karl Marx, Vladimir Lenin, and Leon Trotsky, whom he has described as the greatest influence on his worldview. Corbyn himself is an admirer of the late Venezuelan president Hugo Chavez.

In summary, the Labour manifesto promises to increase the power of unions, raise the income tax for everyone earning over $100,000, hike the corporation tax by more than a third (to 26 percent), and force companies with more than 250 workers to give 10 percent of their shares to employees — effectively, another large tax on companies.

Labour lives in a world in which, when you increase taxes, your tax receipts rise in exact proportion to the percentage increase: the taxed do not change their behavior as a result.

Labour would spend the money raised on such things as 150,000 extra staff for children of low intelligence or other handicaps, including special-education needs coordinators; routine mental health checks for nursing mothers (whether they want them or not); a Ministry of Employment Rights; a Future Generations Well-being Act; nationalization of the railways, utilities, and part of the telecommunications industry; increased spending on social welfare and on the National Health Service — with wage increases of at least 5 percent for all public-sector workers — and guaranteed wage increases thereafter, above the rate of inflation, irrespective of economic conditions.

Under this dispensation, the proposed wage increase will be proportionately larger than the proposed increase on the NHS expenditure (the wage bill for which amounts to 45 percent of its total cost), thus shovelling tax money into the pockets of individuals in the guise of improving health care.

This is in addition to increasing the numbers of staff working in the NHS. This is lightly disguised political clientelism: no wonder the manifesto says, inter alia, "Our most valuable assets are our dedicated people who work in the public services."

This is true — of the Labour Party.


While tax receipts would be uncertain, expenditure, once undertaken, would be guaranteed.

It is not very difficult to predict what would happen if Labour were elected and tried to put its proposals into practice: capital flight followed by capital controls, followed by loss of confidence and complete absence of investment, followed by forced investment (requiring ever-higher taxes), and government control over the economy to pay for it — creating a downward spiral, leading to the emigration of anyone who can earn a living elsewhere.

The ensuing chaos and degradation would swiftly exceed anything previously seen in the U.K. The prospect of a military coup, with the support of a large part of the population, would not be farfetched; nor, if in the meantime the government had managed to suborn or dissolve the armed forces, would be a slide into Venezuelan-like conditions, in which toilet paper would be a politically allocated privilege, all in the name of social justice.

Even if Corbyn does not win, millions of people will vote for this.