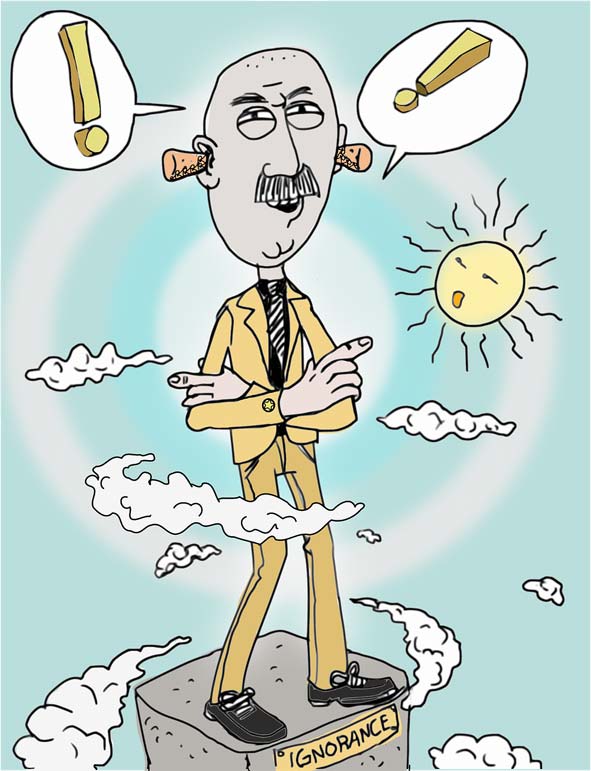 Some things are too obvious for intellectuals to notice.

It's as if intellectuals were provided with a special kind of spectacles that automatically screens out what everyone else can plainly see. What, after all, is the point of being an intellectual if your perceptions are the same as everyone else's?

I recently observed an example of this strange dichotomy between the perceptions of ordinary people and those of intellectuals. Someone who did not know Paris came to visit me there, arriving by train. Knowing that Paris is regarded (rightly) as one of the most beautiful cities in the world, he was astonished by the sheer eye-scoring ugliness of the approaches to the city center. He had not expected such a thing. He asked me whether there was something wrong with him.

I assured him that there was nothing wrong with either his eyesight or his aesthetic judgment; the approaches to Paris are indeed of a visual hideousness that one might expect of the capital of a Third World country that had undergone uncontrolled rapid growth.

On that very day, however, the New York Times published an article by David McAninch about his six-day walk around the Boulevard Peripherique, the 20-mile-long ring road or beltway that encircles Paris. Taking and documenting this journey was an excellent idea in principle, though of course one cannot actually walk along the boulevard; indeed, the very word "boulevard" for this concrete boa constrictor is an implicit lie, like calling O'Hare Airport a landing strip or Versailles a cottage.

What is startling about McAninch's description of his tour is its non-mention of what was perfectly obvious to my visitor on first glance, and which never fails to appall me each time I take the B.P., as regrettably often as I do: namely, that practically everywhere the eye looks beyond the confines of central Paris, it is greeted by a modernist mess of gargantuan proportions, and that every occasional building that is not a total eyesore was built before 1945. In other words, there has been a total and utter collapse of aesthetic ability, judgement, and appreciation in France, a country with one of the world's greatest architectural heritages, extending back many centuries.

McAninch acts as a kind of handmaiden or praise-singer to this collapse, perhaps from fear of making an unequivocal judgment that might cause him to be labelled conservative, backward-looking, or naive. His article commences with a picture of the new philharmonic hall, built at a pharaonic cost, which resembles nothing so much as a vulgar Brobdingnagian silver lame dress crumpled on the floor after a night of debauchery, as clear an example of modern architectural psychopathy as I know.

The article is full of equivocations, such as "I gazed in awe at some of the most ugly-beautiful Brutalist buildings I'd ever seen" and "I stared open-mouthed for a long while at the modular-looking Neo-Brutalist structure housing the Centre National de la Danse. Designed as a municipal building in 1972 by Jacques Kalisz, the gray concrete behemoth somehow radiated childlike exuberance and dystopian menace at the same time."

The brutalist buildings at which the author stared in awe (horror would have been a more appropriate reaction) are not ugly-beautiful; they are just ugly, without any possible aesthetic qualification, and grossly dysfunctional, to boot. And anyone who can see childlike exuberance in the building by Jacque Kalisz is capable of seeing the milk of human kindness in a Nuremberg Rally.