Because I Say So 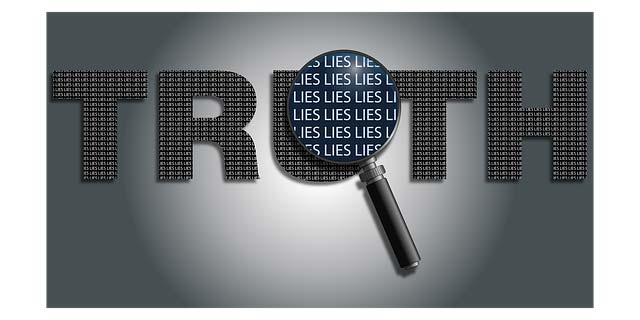 Even Stalin, who had no great objections to falsifying history — to put it mildly — would not have thought of retrospectively changing the sex of a child on its birth certificate. But doing is now standard practice in many Western jurisdictions, where truth and reality must yield to individual wishes or desires, the demand that one can be anything one likes.

But why should an ability to change identity apply only to sex? Why not to other characteristics?

Sex, after all, is not the only characteristic of a person that he or she might wish different.

In England, an actor called Anthony Ekundayo (formerly David) Lennon applied for, and received, a grant from the English Arts Council to foster black leadership in the theater industry. His parents and grandparents were Irish, but he said that he felt black since childhood, when he was taunted because of his unusual appearance. "Although I'm white, with white parents," he said, "I have gone through the struggles of a black man, a black actor."

There are several intersecting ironies in the case.

For a long time it has been held in intellectual circles as an orthodoxy that race categories have no biological reality — they are only the social constructs of an unjust society. And yet, the case of Anthony Ekundayo Lennon has infuriated black actors because he has diverted funds designated for them while not being truly black.

As to the propriety of allocating funds on the basis of race, hardly anyone questions it.

(Visitors to the British National Theatre or the Royal Shakespeare Company would be surprised to hear that black actors are underrepresented in the theater, for in those companies' productions, at least, they seem to be grossly overrepresented, presumably as a result of deliberate policy.)

No one notices, either, the inherent condescension of special funding of black actors and artists in other fields. There are no special funds, for example, for the Chinese, who are presumed able to look after themselves.

Meantime, in the Netherlands, a man has gone to court to seek the right to change his age. Emile Ratelband, 69, a "motivational speaker," has claimed that he is discriminated against because of his age. Women do not reply to him on dating sites because of it, though his doctor has told him that he has the body of a man of 49. He has applied to the court to have 20 years knocked off his legal age, pointing to the ability of transsexuals to change their sex as a precedent. The judge admitted that the latter would have been considered unthinkable only a few years ago.

So age, sex, and race should be matters of choice. The question that springs to mind is, What next?

Surely many of us would prefer to be recorded on medical or insurance records as the height and weight we know ourselves to be, rather than the shorter and plumper metrics ascribed to us, falsely, by society and its empirical tools.

The demand to choose and alter one's identity at will seems to be the Promethean bargain gone mad, people now being unable to accept any inherent limitations that do not accord with their hearts' desire. You are what you feel like being, and you demand public, official, and backdated recognition of your desired identity.

Those who wish the West ill must be rubbing their hands with glee to observe a population so decadent. Lawyers, too, will be pleased. It can only mean a future, not of a war of each against all, but of litigation of each against all.