Will someone please escort Hillary out before she hurts herself --- and us? 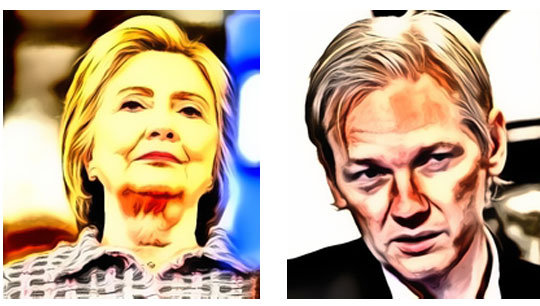 Where is Captain Obvious when you need him?

What is clear to the world and a growing number of Americans is how desperate the USA looks to their friends and allies. Obama is called "son of a whore" by the Prime Minister of the Philippines. This island country depends on the gravitas of the west to protect their vulnerable arses against the likes of the Chinese and North Koreans.

Just days before the Chinese intentionally left Obama without the proper steps that are to be put in the front exit of AF1. He had to exit from the maintenance steps in the back. It reminded me about Obama kicking Israeli PM Netanyahu to a dungeon in the corner basement whilst Bibi's masters, the royal first family dined in the main house.

When the Chinese insulted our president it was known by all people as a well-planned slight. When an Obama spokesperson tried to intercede a Chinese official touted that the Obama sycophant was in HIS country.

Maybe the Chinese were killing two birds with one stone. They were punishing an anti-Semite while backing the representative of the long-loyal Chinese-food-feasting Jewish populace all over the world.

To top it off, a hidden $1.7 billion stash of taxpayer cash was delivered to the Iranians as ransom and/or bribery. Even this sudden windfall couldn't stop the Mullahs from buzzing our ships or supplying Hezbollah and Hamas.

It wasn't long after Obama and Putin partook in a glaring match that a Russian fighter jet came within ten feet of a USAF jet.

Hillary Clinton had an integral part in all this.

She started the nuke deal with Iran, hit the reset button with the Russians and planned Israel's demise with the help of self-hating Jews Sid Blumenthal and George Soros. Because of her "extreme carelessness" with her emails Clinton was probably the main provider of information to all our friends and allies.

Hillary Clinton is a woman so clueless that when her inevitable coughing fits hit her on stage, she holds the mike close to her mouth so everyone in the country can hear. Has anyone considered telling her to hold the mike behind her until it passes?

Of course one has to consider that the sounds from the backside of Hillary may be a little more damaging to her campaign than her public hacking.

I swallowed a wrench. My doctor told me, "This tool shall pass"

Hillary has discounted a friendly media. After Dr. Drew brought up some of her already publicly known injuries CNN abruptly fired him from his radio show. Drew was wrong about one thing. He said her cognition was probably okay.

Hillary claimed she couldn't remember being trained on classified information and other things a normal person would know, 39 times. I can't wait for her explanation of how 11 of her 13 devices were destroyed by her staff--with a hammer--or how many of her emails were erased with bleach bit.

claimed a concussion and her cerebral venous thrombosis AKA a brain injury prevented her from working and remembering.

Congressman Jason Chaffetz is set to reopen hearings regarding her newly found emails that were supposed to be destroyed. These will further connect pay-for-play Clinton Foundation and her selling of State Department contracts to anyone, including enemies of the USA.

There's no way out of this. The noose is tightening.

Lying, evil, felonious and her own self-acclaimed health calamities disqualify Hillary Rodham Clinton from being President of the United States. Hopefully, the voters will be convinced of that on November 8th.

It would be in her best interest and the United States of America.