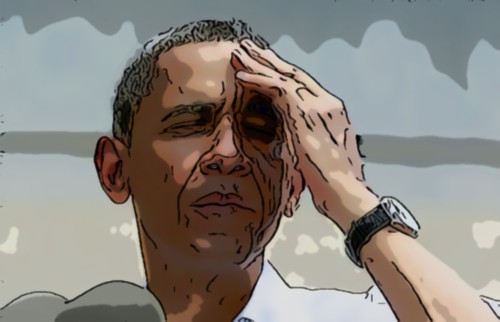 Thinking back to the beginnings of the Obama Administration, even though many didn't support him VS Palin, we wanted him to succeed in leading America to success.

Yes, it turned out delusional, but Reagan matriculated from a liberal Democrat union boss to a wildly successful two-term conservative president. Ronnie took the failed administration of what used to be our worst President, Jimmy Carter, and turned the country around in just a few years—taking down the Soviet Union just for good measure—without firing a shot. And that's with having half control of Congress in the first term and none in the second.

I hoped against hope that Obama would rise above the race baiters and social engineers in his party and focus on the wellbeing of the entire country.

The questions we had about President Obama have been answered after a deflating 6.5 years:


1. Would he raise everyone as Reagan had done or lower everyone like Carter?

2. Would he attempt to get people off welfare and into the mainstream as President Clinton reluctantly did—at the behest of the Republican Congressional majority?

3. Would he teach people to rise above entitlement mentality?

4. Would he raise people up by inspiring them to achieve the American Dream?

5. Would he hold poor people back, psychologically sending the message that they had no chance—that the game wasn't fair and that they were entitled to sit on their asses and collect the money of people of all nationalities who were working their butts off to get ahead?

6. Would he coddle the gangbangers?

7. Would he encourage middle class minority families to stick together in their faith that if they worked hard and took advantage of the opportunities offered by the best system developed by man they too could achieve the American Dream?

8. Would he back the police or use them in a political move to endanger them from criminal thugs?

9. Would he act as the President of ALL the people or just his ardent supporters?

10. Would he side with Christians and Jews in their quests to survive in the Mideast or would he back the Nazi-like-Islamic extremists and many members of the UN?

11. Would he protect America from our enemies?

12. Would he be vigilant in his fairness or calculating in his reaction to tragedies?

13. Would he keep trust with our allies?

14. Would he show weakness to our enemies?

15. Would he ever be able to utter the words, "Islamic terrorists?"

16. Would he help reverse sanctuary cities' breaking of federal law?

17. Would he seek legislation to punish multiple invasions of convicted illegal aliens?

18. Would he seek out Congress to cooperate in the legislative process?

19. Would he supervise the agencies in his administration to be honest and fair to all Americans?

20. Would he be truthful with American people?

Sadly, it doesn't seem President Obama is capable of actually running more than his mouth. From the economy to foreign policy to his racist messages and policies, he shows his biases almost every time he reads from the TelePrompTer. For a verbose person, he can't even identify who our enemies are.

The results are that everyone is pointing at everyone else. Instead of bringing us together as a united country, he's separated and agitated races and classes to denigrate each other. He's encouraged the most violent to destroy while demoralizing our police. Average middle class families huddle in fear in minority neighborhoods,afraid for their kids as murders surge.

Our troops are disgusted with him—at least the ones I've talked to. Even those in the Democratic Party are starting to pop off against his performance.

No one trusts this dishonest, arrogant man. He took his legacy as the first black American President and he wasted it.

You can take the community organizer out of Chicago corruption, but you can't make him govern.