Were the neocons right? 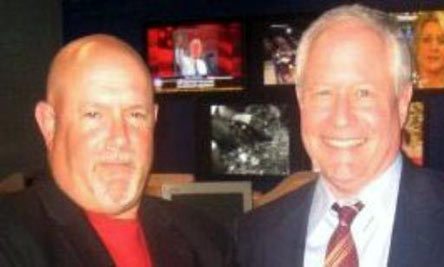 On a visit to Fox News DC bureau in around 2006, I was introduced to Bill Kristol, editor of the Weekly Standard. Kristol was about to go on the Chris Wallace Show as part of Sunday's pundit panel.

"So you're the King of the Neocons!" I blurted out. You'd have thought I'd whacked him upside his head with a two-by-four. His face reddened and he looked at me as if to say, "Alright already, ENOUGH!" To his credit, he was friendly and polite but the faux pas I committed was made obvious by his uncontrolled reaction. BTW, I meant it as a compliment.

Here's a brief synopsis of the Project for a New American Century's mission statement:

The unnamed enemy is most dangerous of all

We're in a perilous position today. This was perpetrated by poisonous accusations of the USA as an evil country by the Obama Administration, a previously traitorous Dem-controlled Congress, accommodating RINOS and a MSM rolling in America-hate. The position of safety we're in is approaching a lower than whale feces level. Here's what took place with the rise of fanatical Islamic terror since 1979:

The decision bin Laden and al-Qaeda made to attack us on 9/11 was not because they wanted to die for Jihad. The reason they plunged those passenger-full jets into our buildings chock-full of people was because they considered us a paper tiger. They didn't think we had the backbone needed to effectively commit to a long-term battle it would take to defeat extremist Muslim Terrorists.

Except for a brief period under the Dubya's leadership, they were right. The presidents and Congresses of the United States of America, too worried about keeping their jobs to protect the country, caved in before and after W's valiant efforts.

Now we're back to the policies of a man who many consider to be Muslim by his terrorist-enabling appeasement.

If we had paid attention to our history and the mission statement of the Project for a New American Century, we would have been in a position of strength compared to the gnawing fear of genocide and destruction that's getting all too close t o us—AGAIN.

Bill Kristol and the 25 signees to the PNAC should be proud of their efforts.

Is there any question we'd be a thousand times better off if we'd have wisely executed their principles?