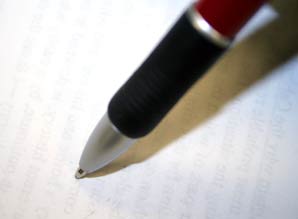 President Donald J. Trump decided to MAWA (Make America Write Again). He's temporarily abandoning his communication Twitter magic. The Fake-News-MSM is breathing a sign of relief. But unlike Ahnold's bounce from The Apprentice, The Presidential Tweet will #bebeck!

President Trump has been long removed from his classic The Art of the Deal. To my knowledge, Donald hasn't authored anything over 140 characters since Twitter flew its first tweet. Please reader: be kind about simple mistakes or misspellings. Don't be a #GRAMMERNAZI!

Dear America First, THEN the world,

Because I've told you I'm very grateful for your support and promised not to let you down, I feel compelled to write this letter instead of Tweeting snippets of my thoughts. BTW-see my speech on Feb. 28th? Unlike that hack Schwarzenegger, I rocked the ratings! Even the Dems were practically dancing in the aisles. Fox News loved it and the MSM were throwing up!

Hey, this digressing is fun! Impossible to do on #Twitter!

While I'm smart-#realsmart, even I was shocked, once I was elected, at the duplicity and anti-American behavior of the Democratic Communist Party.

Since becoming the #President, I've discovered:

1.That not only am I not part of the ruling classes, I'm not welcome to be President by some, despite laws saying that I can.

2.Making my money in business is no match for selling your country to YUUUUUUUUUUGE contributors and big $$$$$ from crooked pols like my ex-good-friends Crooked Hillary and woman assaulting, Bill.

3.The CIA has been infected with the rats, Demorats-leftovers from the Obama regime.

4.Did I mention my speech ratings from 2/28? #RECORDRATINGS! #Youwon'tbebeck Ahnold!

5.#Retail bigs aren't what they used to be. After kicking out my daughter, Ivanka, my sales-I mean HER sales are up over %300! #BOYCOTTBIGBOXSTORES.

6.Did I mention all the Jobs I brought back to America? #DEMSDON'TCARE!

7.Did I mention all the companies who will be investing in America now that I'm #THEPRESIDENT?

8.The #GREATAMERICANWALL is about to start. And who's going to pay for it? #MEXICO! #MakeAmericaSafeAgain!

9.So tired of #BARACK and the #UN picking on my friend #BIBINETANYAHU. Will move US embassy to Jerusalem-then will build the #THIRDTEMPLE!

10. I'm Schmoozing my way to repealing and replacing Obamacare. It'll be SOOOO good no one will ever die! #PIZZAANDBOWLING!

11. No coward here-no Russian puppet like Hillary-just sent troops into Syria to kill off ISIS! Wanna challenge me? I'm calling up @REALGuido from the Bronx!

12. How is it that our last President thinks that after America cancelled his replacement, Hillary, he can still ruin things for America by #spying on ME!? #Theaudacity!

14. Starting with our dishonest and leaking intel, I'm going to #draintheswamp!

15. I don't care what you do-you can never match how low I'm willing to go! #OFFENSE!

16. Going to keep signing #EXECUTIVEORDERS on immigration until the judges are exhausted and Americans are fed up.

17. By the time I'm out of office, the next president will be a woman! A #JEWISHWOMAN #IVANKA!

19. Twitter may be overrated. After I leave office-(If I really have to) I think I'll supplement my YUUUGE income by writing columns. Hey if idiots like that Schmuck Weinbaum can do it, I'll be so good, I'll bounce him out of the writing business. And I'll smoke him in the radio hosting business, too! #CANCELLED!

#TypicalTrump! He ended with this Irish toast: May I love you and may you love me-if you do not love me, may G0d turn your heart-and if G0d cannot turn your heart , may turn your left ankle so that I may forever recognize you by your limp~The President of the United States of America, @RealDonaldTrump