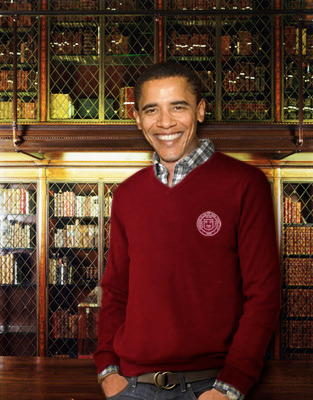 Last week's news blurb informed us that the JV teams of those gaggles of illegitimate random assassins, AKA ISIS, have somehow managed to recruit 20,000 more fanatical Islamic fighters. This flies in the face of our President saying we are decimating them. Also, it's been espoused by our President that these Jihadists, besides being paupers, have grievances. He seemed very defensive about these murderers but not very specific about their complaints. What's exasperating these poor, young Jihadis? Why is Obama so given to protect these war criminals?

If you could put yourself in the mind of an Islamic terrorist, wouldn't YOU want to improve your miserable life and join in the fun? Weren't the Nazis excited by the royal treatment they got from the UK's Chamberlain when he gave them Czechoslovakia?

Does anyone else find it ironic that an American President slammed Christians, Jews and Yazidis by downplaying the role of the beasts, the terrorists?

I've come to the conclusion that President Barack Obama is moonlighting as ISIS's attorney.

As a start to their defense, Obama laid the blame to those Christians who participated in the Crusades and Inquisition. Neither is related to the events of today. Witnesses, having died over 1000 years and 550 years ago won't be available for questioning. We'll have to watch the History Channel for discovery — or the Discovery Channel for history.

Marie Harf, spokeswoman from President Obama's State Department relayed this opinion: We can't kill our way to victory. We have to find jobs for these poor terrorists.

My history might be a little foggy but after letting the Nazis cut a swath through Europe and our being shocked by Japan's sudden devastation of our navy in Pearl Harbor, we weren't too worried about providing Nazis and Kamikazes the classifieds to thumb through. We and our allies declared war, simultaneously, naming our enemies. The USA killed millions of them, including whatever leaders we could find. We crumbled their cities, broke their weapons and eviscerated their armies. And when the Japanese refused to surrender, killing even more GI's, we sent them two messages in the form of atomic bombs which changed their mind.

After WW2 we rebuilt their countries and the ones who survived the war got jobs, started businesses and became our cross-beneficial trade partners. That has lasted for 70 years. We still have a military presence there.

Besides, the fanatical Jihadis have jobs. They're getting paid to crucify, decapitate, burn alive, mass murder and enslave women for sex by their employer, ISIS. They make their living being terrorist fighters and they did it by choice. Considering the real estate taken over, oil stolen, bodies mutilated and western leaders buffaloed, they seem pretty damn good at their occupations.

Benjamin Netanyahu has been invited to speak before the United States Congress. The President hates Netanyahu. He has refused to meet with the Israeli Prime Minister. Democrats have been "asked" to boycott the speech. Thus far, no one from the Administration will be attending and indications are that the entire Congressional Black Caucus will have better things to do, unlike the Jews who lost their lives marching side by side with some of these same ingrates during the Civil Rights marches.

Netanyahu's subject is advertised to be the Obama Administration's unexplainable rush to sign a deal with Iran. This treaty will give these insane Ayatollahs many nuclear bombs. When the Iranian spokesman was asked to comment, he deferred to their new consul, one B. Hussein Obama. Vat a coincidence!

Upon further questioning, it was revealed that the retainer paid by Iran was the State of Israel.