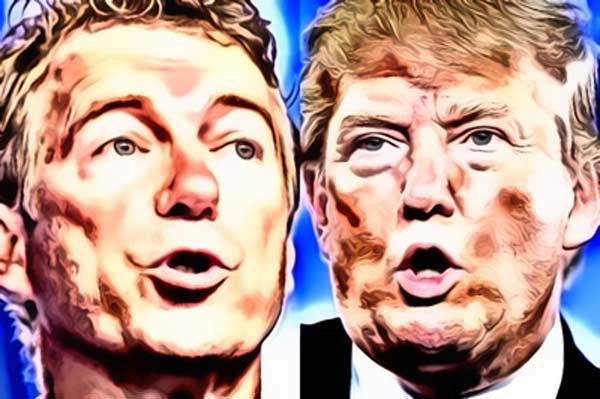 Ladies and gentlemen, he has done it again. Donald Trump has, with a few lines uttered in his gamy style, set off a cacophonous controversy that threatens to overwhelm just about every other controversy in this controversy-bountiful nation. It has even overwhelmed global warming or climate change, or whatever they are choosing to call the delusion this time. Last week, Trump called for a 10-year moratorium on Muslim migration into America, and all hell broke loose. In light of Muslim violence around the world this brouhaha caught me off guard, especially when one considers the violence in Texas, Tennessee and most recently San Bernardino, California. In Paris, the violence was against unarmed civilians by Muslims both indigenous and foreign born. In San Bernardino, it was much the same. Is it not time to at least temporarily tighten the immigration laws?

Trump has a knack for setting off firestorms. He did it with illegal immigration across the Mexican border. He was not talking about legal immigration. He was talking about illegal immigration that also brought with it rapists and other violent criminals. Yet there was a horrendous reaction. Then he did it with birthright babies. Hesto presto — a riotous reaction. Now he has ignited a firestorm with his statements about peripatetic Muslims. Apparently, Muslims should not be inconvenienced even if they are traveling to America to incite violence. Take a look at the week's newspapers. They all contain headlines that shout out the name of Donald Trump. His candidacy has eclipsed all others in either party.

One of my favorite headlines was one questioning whether Trump's suggestion was constitutional. One interviewee said his plan would "go against the country's founding principles." Though I was not around in the early part of the 19th century, and certainly could not conduct a proper poll, my guess is that, say in 1803, the vast majority of literate Americans — and even illiterate Americans — would have been on Trump's side. In that faraway time the Barbary Pirates were riding the seas and seizing American ships and taking sailors prisoner. My guess is that Americans were then justly suspicious of Muslims — at least sea-going Muslims — and the least of their concerns was the Muslims' freedom of religion.

According to the polls I have seen, for instance the CBS poll, as many as 58 percent of the country opposes Trump's plan. The poll was taken after the slaughter in California and with growing evidence that ISIS approved the massacre and was encouraging other Muslims to answer ISIS's holy calling. How does one explain that? Well, ever since the 1960s a lot of Americans have wished that they too could have been on the right side of the civil rights movement. Ever since, there has been a growing number of Americans on the lookout for a civil rights cause of their own, women's rights, Latinos' rights, gay rights, transgender rights, animal rights, perhaps even insect rights. As time goes on, the rights-obsessed civil libertarians are becoming desperate. They grow evermore reckless with their denunciations of those who oppose them. They call their opponents Nazis, though the opponents are not German; fascists, though the opponents are not Italian; and anti-American, though as I have pointed out, the generations that founded this country would probably have agreed to bar Muslims if Muslims posed a threat.

The civil rights neurotics and opportunists will all disappear if America has to endure a few more San Bernardinos, but it does not have to come to that. A leading libertarian with impeccable credentials as a civil libertarian has recently come forward with a plan that accomplishes Donald Trump's goals of homeland security without discomfiting the 58 percent of Americans who now worry about our right to worship our God (and I wonder how many of them do worship their God).

Republican presidential candidate Rand Paul reminds us that has "called for something similar" to Trump's plan In an interview on New Hampshire Today as BuzzFeed reports Rand said, "I think it's a mistake to base immigration or moratoriums based on religion, but you know, I've called for something similar, which is a moratorium based on high risk. And so we have examined where the high risk of terrorism comes from and it's about 34 countries." Paul went on to say, "I would put a pause on all immigration from those 34 countries." Actually, he has placed his plan before the Senate. Called the Stop Extremist Coming Under Refugee Entry Act, it lost in the Senate by a vote of 89 to 10. I suggest that Senator Paul send it to the Senate again. This time he will have fellow candidate Trump on his side.