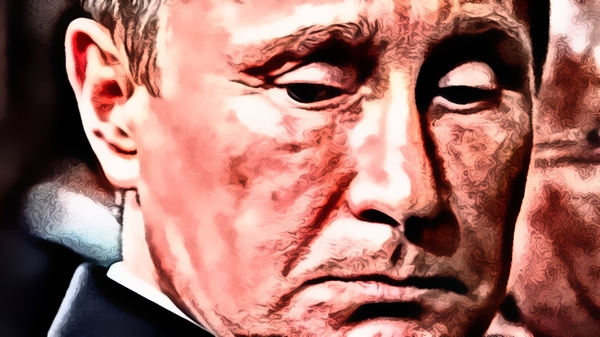 Truth be told, I once rather admired Vladimir Putin, as George W. Bush rather admired him. I cannot say, as Bush can, that I looked into his eyes and "was able to get a sense of his soul." But his nation has suffered through a long century, when the Western world had achieved so much. True, the Russian despots put the Western world through dreadful travail, but in terms of wealth and happiness, we did OK. The 20th century has been the best, by far, for the West — at least in material terms. Meanwhile, the Russian despots were veritable jailers to their countrymen and they cost them dearly. At the end of the Cold War, Russia was an emerging nation.

However, here was Putin — a man who might bring the Russians into the modern world. In fact, when he came to presidency in Russia he was doing just that; arriving in the modern world with freedom, a semblance of the rule of law and a rich countryside on which the liberated Russians could apply their variegated talents. It seemed to me that Putin might just be the man to lead the gifted Russian people to success in the world community. Besides, he was in the prime of middle age and, with regularity, retired to the gym at the end of a busy day. How could I not have admiration for a man who challenged the vicissitudes of aging?

Alas, Putin has turned out to be, as Holman H. Jenkins Jr. said in The Wall Street Journal last week, a "gambler" whose gambits in the Middle East now testify to "the unhealthiness of his domestic political situation." Through his reckless roll of the dice, he has cost 224 Russian lives returning home from a holiday in Egypt. Now he has cost the lives of two of his airmen, and lost a fighter plane and helicopter on a rescue mission. What does he have to show for his recklessness? His economy is, as I predicted a year or so ago, in the tank. It has mainly been based on the price of oil. More vigorous economies, such as South Korea and the Czech Republic, rely on manufacturing for at least 20 percent of their economic growth. In Putin's Russia, the figure was 15 percent in 2014 — possibly lower. According to the International Monetary Fund, if you left out oil and gas, Russia's non-oil revenues were descending to an 11 percent deficit of GDP. Still, Putin continued his military buildup.

The buildup was premised on oil that cost $100 a barrel. That price has now been split in half. Recently Russia's Deputy Defense Minister Yuriy Borisov reported, "For the first half of the year, Russia's arms industries only fulfilled 38 percent of their contracts." Such is the state of the Russian economy: Its military spending, which ranked the third highest in the world last year, now ranks seventh or eighth. And the economic picture is worsening. Military shipments are missing their targets and their quality is dubious.

However, Putin's commitments in Crimea and the Middle East have actually grown. He is even shaking his fist at Turkey and NATO. He is regularly pictured with the same dour expression on his face, even when he was photographed shirtless and seated on a horse. In his trademark pose, he has raised a perpetual pout to the level of fierce defiance. But whom is he defying? Our president? The guy who is famous for changing American strategy, at least for now, and leading from behind?

President Putin is engaged in propping up Syria's President Bashar al-Assad. He is also promising to bring down ISIS. France, after suffering a cruel ISIS attack, is trying to summon the Western powers and Russia against ISIS. Russia has its own bloody history with homegrown Islamists. Now would be a good time to disengage from Assad and join the French in finishing off ISIS and bringing stability to the Middle East. Putin could defy our president to his heart's content and join the rest of the civilized world by leading from the middle. He would not have to miss a night at the gym.