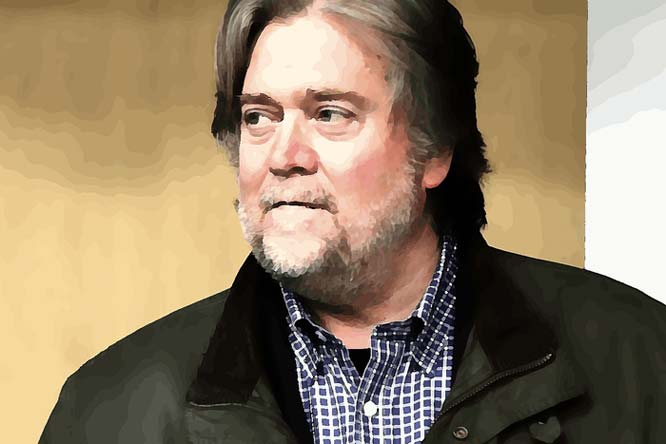 History is not standing still. At least it is not stopping for America. It did not stop with the Clinton era, which is now finally over.

America is moving along at a rapid pace. For the Clintonistas and their millennial acolytes, however, I guess America did stop.

In fact, for them it froze, locked into an eternal 1968, forever reliving all the demonstrations and sit-ins, and the sobbing, heaving hubbub of yesteryear.

Yet America goes on riding the currents of history, and those currents are moving rapidly.

As for the Clintons themselves, they have been stopped dead in their tracks. There was Hillary Clinton's meltdown on the evening of Nov. 8. She reportedly reverted to the form that all of us who have covered her for years have been reporting. She screamed, shouted some very unladylike epithets, threw some objects at her servitors' heads and availed herself to more adult beverages than was prudent.

All the old scandals, improprieties and breaches of the law had finally caught up with her. She was captured by her past and is not likely to escape that past. Now she is scrambling to get a presidential pardon before Congress and various prosecutors move in.

If President Barack Obama does not grant her a pardon, history will truly stand still for the Clintons and their sidekicks for years.

Yet, as I say, for the rest of us history proceeds at a swift clip. One of history's new players is Stephen K. Bannon. He has been a naval officer, a principal at Goldman Sachs, a media entrepreneur and the brains behind Breitbart News. Now he is senior counselor to President-elect Donald Trump. He also represents one of history's latest editions, a new outreach for conservatism. Bannon was a Reagan Democrat; now he is a Trump Republican. He wants conservatism to reach out to, as he says, the "patriots," the "people who love this country," for "They just want their country taken care of." He says: "I'm not a white nationalist. I'm a nationalist. I'm an economic nationalist." And for talk like that the commentators who are locked away in 1968 call him a racist, an anti-Semite and a misogynist.

All are empty charges. Their evidence that he is a misogynist is that he has used the word "bimbo." It is an amazingly ignorant charge. The word made it into our vocabulary thanks to the Clintons and the personae of the Clinton era. Surely, you remember President Bill Clinton's aide Betsey Wright and her warnings about "bimbo eruptions." Another popularizer of the word "bimbo" was George Stephanopoulos, who wrote of bimbos in his memoirs. Doubtless Hillary Clinton used the term, too.

Regarding Bannon's being an anti-Semite, The New York Times speaks of his "extended family members who are Jewish." And he is defended by Trump's son-in-law, Jared Kushner, an Orthodox Jew who is married to Trump's splendid daughter Ivanka Trump. My guess is that no administration in years will have been as close an ally of Israel as the Trump administration will be. I would only ask Bannon's critics to show me their evidence of anti-Semitism. Moreover, show me the evidence that he is a racist. Bret Stephens comes up with Bannon's support for something called the "alt-right movement," saying in The Wall Street Journal that he associates with "the alt-right movement he has proudly championed through his Breitbart website."

Well, Bannon's Breitbart website is open to all sorts of movements, which is part of his political strategy. He wants to include all Americans willing to support Donald Trump. He has not proudly championed the alt-right. Bannon does open his site to many other kinds of Americans. It is part of Bannon's inclusion of what he calls "the forgotten man." There are many forgotten men and women in America, and Bannon welcomes their participation in politics. Let me be specific: Late in the day on Monday, word came from Trump Tower that Trump opposes the "Heil Trump" movement, which is to say the so-called alt-right.

One other thing the discredited left has against Bannon is that he championed the Government Accountability Institute. Its president, Peter Schweizer, is the author of the most damaging anti-Clinton book of the recent election cycle, "Clinton Cash."

Bannon is in sync with the political movement of the present. He will continue to get a lot more flak, but it will come from the voices of the past. He is winning.