Revealed: A party in serious trouble 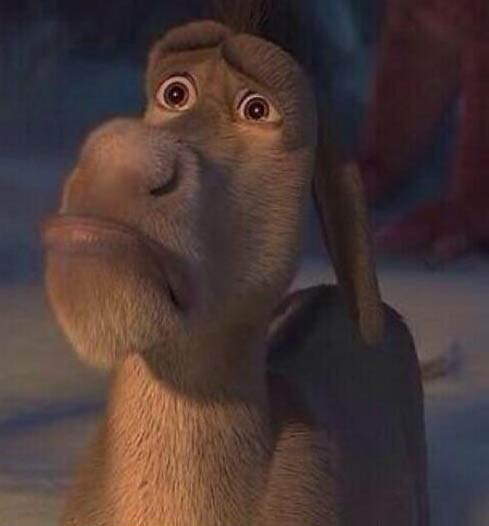 So it has come to this. The party that once nominated Franklin D. Roosevelt, John F. Kennedy and Harry S. Truman to win the presidency — the party that once nominated men of the stature of Adlai Stevenson and Hubert Humphrey to contest the presidency — is now left with the Three Stooges vying for the highest office in the land. There they stood on a stage in Des Moines, Iowa last Saturday night. The Republican Party had put up eight plausible presidential candidates on a stage on Nov. 10. They even had a second tier debate a few hours earlier featuring candidates who did not make the cut but who could each trounce any of the Democrats' Three Stooges in the 2016 election. Ladies and gentleman, you heard it first here. The 2016 results are in.

Apparently, the Democrats can do no better than to show off the two has-beens and one never-has-been on a stage in Iowa, yelping contradictions, wild exaggerations and, in the case of Hillary Clinton (would she be Moe?), still more lies. Can the Democrats do no better than the Three Stooges of last week's "Saturday Night Dead"? Well, they could have added the plagiarist and law school cheat, Joe Biden. This is a Party in trouble.

My favorite of this trinity of clowns is of course Hillary Clinton. She, along with Senator Bernie Sanders and the fellow from Baltimore or Maryland or wherever he comes from, could not summon up the courage to pronounce the words "radical Islam" an evening after hundreds of Frenchmen were massacred or maimed in Paris by radical Islamists. How long will political correctness insulate Democrats from reality?

In response to a question about the kind of campus tumult that has stalked the University of Missouri and Yale campuses Clinton mechanically mouthed a made-for-television response that astounded her supporters and opponents alike. "I come from the 1960s, a long time ago," she answered and, "There was a lot of activism on campus." What was her intent? Was she trying to reassure the Party's radicals that she too was a radical, much as we critics have been pointing out for years? Or was she admitting that the 1960s was a long time ago and that she is as out of touch as fellow radical Bill Ayers — a point immediately tweeted by the Republican's 44-year-old presidential aspirant Senator Marco Rubio. Either, way you can expect her Republicans adversaries to repeat the clip.

Yet my favorite moment came when Clinton attempted to refute Sanders's attack on her ravenous Wall Street fundraising. She actually invoked the 9/11 tragedy to justify her solicitation of funds from Wall Street. "Where were we attacked? We were attacked in downtown Manhattan where Wall Street is," she yawped. "I did spend a whole lot of time and effort, helping them rebuild. That was good for New York. It was good for the economy, and it was a good way to rebuke the terrorists..." So she put the arm on Wall Street for millions: millions for her campaign, millions for her foundation, and at least a few million for her hound-dog husband. The Clintons are a class act!

Is there anyone in American history who could conflate a Pearl Harbor-like attack with unseemly fundraising or with Clinton's documented influence pedaling?

The Democrats find themselves left with this pathetic field of candidates because their party has been losing elections across America at an alarming rate, even as the left-wing media keeps covering up for President Barack Obama and his party. Yet now, no less a left-wing organ than The New York Times has reported that next year "Republicans will occupy 32 of the nation's governorships, 10 more than they did in 2009." The Democratic losses in state legislatures "rank among the worst in the last 115 years, with 816 Democratic lawmakers losing their jobs and Republican control of legislatures doubling since the president took office ..." Thus the Republicans are in a powerful position to continue their election triumphs in 2016.

Moreover, their position is about to improve. Friday morning, just before the French atrocities, our president told ABC's George Stephanopoulos that ISIS has been "contained."

"I don't think they're gaining strength. What is true, from the start our goal has been first to contain and we have contained them." Let the Republicans add that clip to their clips from the Democratic debate in Iowa.