Why Donald Trump Is Winning 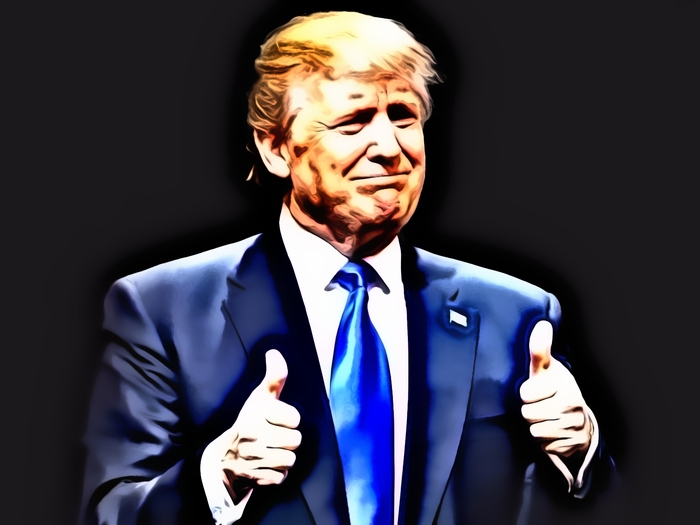 On the matter of the debate the other night, tell the truth. Admit it: You were underwhelmed. Somewhere inside of your cranium, you did not get the spectacle you anticipated. I understand.

After Hillary Clinton's coughing spells, her wobbly display at the 9/11 ceremony in New York City (she almost fell face forward on the running board of her van), her admission of having pneumonia and all the rumors that admission gave rise to, you had expected something highly dramatic. Perhaps the cough would return. Perhaps she would pass out under Donald Trump's relentless barbs and be wheeled out on a gurney. Or perhaps you thought Trump would explode or go into a wild rant. Well, it did not happen. Both debaters pretty much played to form. Both were highly disciplined — one being a billionaire who has made it mostly on his own, and the other having survived public life for at least 45 years with no jail time.

Some observers thought Clinton won. Over at CNN, Anderson Cooper's panel of experts — it seems there are 30 or 40 onstage at any given time — were exultant for Clinton, though there were the usual two holdouts, the indispensable Jeffrey Lord and Kayleigh McEnany. And CNN's pollsters came up with similar findings — 62 percent for Clinton and 27 percent for Trump — though the rest of the polls nationwide and in the battleground states found for Trump. Both those onstage and those polled seem to confuse the workings of their hearts with the workings of their brains, and perhaps even the workings of their gall bladders.

Certainly, those observers who rely on their brains noted early on that Trump had things under control. As he has done for weeks, he was talking directly to the American public through the awkward stage prop of Clinton. He would start up the economy from its measly growth rate of barely 2 percent. He would get Americans working again. He would tear up trade agreements that favor crony capitalists and foreign governments. He would prevent companies from leaving America unscathed. Clinton had been a part of this system for decades. She was a standpatter and defender of the status quo. She had revealed bad judgment.

Clinton's response was that Trump had used bad language in public, lacked the proper "temperament" to be president and favored the rich, whom she would hit with higher taxes to pay for her giveaways. That last line about the rich is a bit much given the fact that she is the creature of Wall Street, Hollywood and large donations, whereas Trump relies on mostly modest donations. Oh, yes, and her needling Trump on his temperament. Who was the last presidential candidate to be attacked for his temperament? Does the name Ronald Reagan come to mind?

During these early exchanges the other night, Clinton spoke of her experience, her knowledge of the system and her years as a professional politician. That was not wise when you think of the audience beyond the stage in Hempstead, New York, which thinks the country "is on the wrong track." The majority of those voters want change, and Trump is increasingly their candidate.

Perhaps Clinton did not notice it because Trump talks like an ordinary American rather than a standard-issue politician. She was talking to official Washington, D.C., and he was talking to America. Official Washington claimed that he "missed opportunities." He could have done more with the topics of the wall, Obamacare, immigration, immigrant criminals, terrorism and Benghazi. He should have done more with the Clinton Foundation, her errant emails and her mishandling of classified documents. He could have cited her lies to Congress and the FBI, and how FBI Director James Comey has contradicted her on her lies.

Well, let me say, as a fellow who is himself preparing to debate these very issues on Oct. 18 in London before The Spectator of London's forum, you cannot overwhelm your audience. You cannot bring your audience to confusion. You can only give them so much to think about. For September, Trump gave his audience quite enough. There are two more debates for him to outline the full case against Clinton. As for Clinton, she has made her case. She has more experience governing than Trump. Another way of putting it is, she is part of the problem. America is, as the pollsters say, on the wrong track.

The other night, Donald Trump appeared to be every inch a president.