Dems: The Party of Dirty Language. Have they nothing else to be proud of? 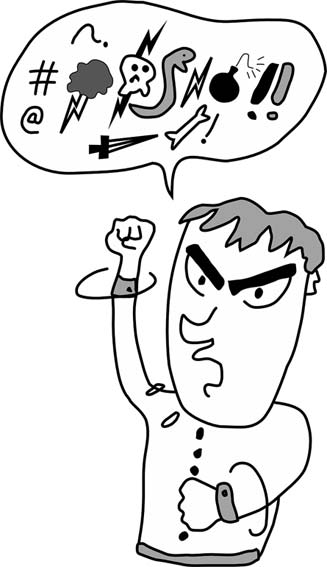 I was traveling with candidate Trump during the 2016 campaign, and we spent a night at the Trump National Doral Miami. I had to leave early to get back to Washington, and so I took a taxi the next morning from the hotel to the airport. In the course of that ride I answered a call from my colleague, Wlady Pleszczynski, who reported to me that Donald Trump was apparently braving charges from the Democrats that he was a racist. What did I think? I told Wlady that there was no evidence that Donald was a racist, and we hung up. But my confrontation over Donald's alleged racism was not over. My driver wanted to comment.

He was a gentleman of color. He was not a gentleman of shades, as is the case with Cory Booker or Kamala Harris, two candidates for the Democratic presidential nomination and people who are voluble on the matter of color. Recall how Harris put poor old Joe Biden on the defensive when she alleged that it was "racist" for him to brag of how he had worked with two southern segregationists way back in his 40 years of public life. Why did Joe not boast to her, as Ronald Reagan boasted to Walter Mondale, that "I'm not going to exploit, for political purpose, my opponent's youth and inexperience"? Joe, if you could steal a line from Neil Kinnock about his penurious youth, you could steal a joke from President Reagan. Boy, Joe, you are still a long way from the White House.

At any rate, as I was saying, my taxi driver at the Trump Doral was a gentleman of color. He had heard me talking about racism as it related to Donald Trump, and he fervently objected to talk of Donald Trump being a racist. He argued that the work force at the Doral was heavily staffed with African Americans, and his piĂ¨ce de rĂ©sistance was that the head of security there was an African American. "All right, all right, already," I responded, and I tipped him 30 percent as we shook hands at the airport. Not everyone in America is neurotic about skin color. Many of us yearn to get along peacefully. Unfortunately after this election it is going to take a while for average Americans to get back to normalcy about race relations. There are too many in the Democratic Party and in the media who want to talk about race, and their talk is always one way: they talk and we listen. It has been going on this way for 60 years.

Donald Trump has been fending off charges of racism since the beginning of the campaign, and it obviously makes him angry. He also has been fending off charges of anti-Semitism, which probably makes him angrier still. After all, some members of his family are Jewish. One converted! She converted to Orthodoxy! That is no small thing. Then too there have been charges of xenophobia, misogyny, homophobia, and, if I am not mistaken, anti-alcoholism. The Democrats episodically try each charge out. They see if it discredits the president. When it does not, they try another slander. Their cycle is endless. I predict their next attempt will be the claim he is anti-alcoholic. Can you imagine the Democrats running with the Woman's Christian Temperance Union? Not if it is truly Christian.

Yet historians such as I — that is to say presidential historians; remember Bill Clinton — will note one thing. Donald Trump's occasional over-the-top counterattacks are always provoked by an over-the-top attack. The Democrats always attack first. Moreover, it is the Democrats who have coarsened debate in this country. They have been campaigning on slurs and scurrilous language. Remember Beto's use of the F word or Kamala's or Kirsten's and forget about Maxine's or Ilhan's X-rated usages. As I see it, Donald Trump is saving our mother tongue from the barbarians. Thank you, Donald.

In the present furor over white supremacists, Donald Trump did not begin hurling insults. It was the Hon. Veronica Escobar, a Democrat, who, hours after the attack in El Paso, stood on stage with Gov. Greg Abbott, a Republican, and said the shootings were "fueled by hate, and it's fueled by racism and bigotry and division." You know whom she was alluding to. She told CNN that the president had "put the target on our back. He needs to peel it off." The Hon. Escobar also told the president not to come to El Paso. You can imagine the Democrats' reaction if he had stayed home.

Well, it will all be over in some 14 months. In the meantime, look forward what the Democrats have to say about alcohol.

It all reminds me of July 1, 1987 when President Ronald Reagan nominated Judge Robert Bork for an opening on the Supreme Court. He had it made in the shade, said my complacent conservative friends. The result was brutal. But we do not have to look back 32 years to see how unruly the leftwing mob can be. Recall the recent fate of Judge Brett Kavanaugh. Only his courage and unscotchable determinate saved him. The simple fact is that the conservatives are often slow on the draw against the American left.

Only the Wall Street Journal and the intrepid New York Sun have come out swinging for Moore. It is time for the conservatives to rally around him. He can probably win with the President on his side. He apparently has the votes. Yet the coming battle would be a lot less bloody if the conservative movement were to take the field on Moore's behalf — and make it clear that from now on they are going to wage war for the President's nominees.