Presidential Blather In Time of Tragedy 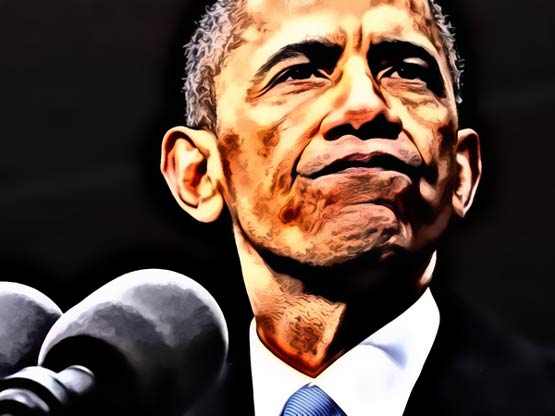 Race is what you make of it. For me I have made race a part of what social scientists once called the "melting pot," by which they meant that differences — including ethnicity and race — were all melted down into one great variegated country called America. There might be different heritages and different sub-cultures mixed into the American melting pot, but once mixed together we were all Americans.

Of course, however, through the years that American melting pot has been increasingly difficult to maintain, because various leaders — political leaders, education leaders, social leaders and simple charlatans — were energetically manufacturing ever more sociological differences to mix into the pot. They excogitated differences of gender, of generation, of sexual orientation and, oh, yes, of lifestyle. The differences were increasingly fanciful, but the liberals — for that is what the self-appointed leaders were — overburdened the melting pot.

Eventually, the pot ceased to exist even as an intellectual construct. Now we are divided into whatever we want to be: men, women, blacks, whites, youth, old geezers and transgendered — which can mean about anything. Possibly, as time goes by some Americans will claim to be "trans-specied." Think what chaos that will bring to public comfort stations!

When Hillary Clinton, the presumed Democratic presidential candidate whom some 56 percent of the American people think the FBI should have recommended for indictment, said, "I'm going to be talking to white people. I think we are the ones who have to start listening," she merely fanned the flames of racial identity in America. Admittedly, she did it in a most egregious way. No presidential candidate had so shamelessly appealed to race since George Wallace, the Alabama bigot who led anti-black mobs. But she was only continuing along the path to racial discord staked out and encouraged by President Barack Obama.

Think of what he has achieved during his presidency. From the days of President Ronald Reagan right up to Obama's election, racial discord had faded as a public matter. Americans were talking of a post-racial America when they elected Obama to the White House as America's first black president. He had a majority of Americans behind him. Then it began: Obama's subtle and not-so-subtle encouragement of racial championing. Actually, it was not championing of all blacks, but championing of blacks who have repeated run-ins with the police. It was championing of the black underclass. Generally speaking, blacks from the growing middle class do not have run-ins with the law, but the black lower class has repeated encounters. The two black men who died at the hands of police last week led lives of ceaseless conflict with law enforcement personnel. Alton Sterling in Louisiana had a rap sheet with an abundance of very serious felonies, including sex offenses and burglary. Philando Castile in Minnesota had only misdemeanors but in astounding numbers. He had been pulled over by police 31 times with 41 convictions!

It is a stark presidential legacy. The pious President Obama leaves office with racial discord climbing from the negligible levels of George W. Bush and his immediate predecessors to levels not seen since the 1960s. How did Obama manage this? Well, by saying things like this: "When incidents like this occur, there's a big chunk of our fellow citizenry that feels as if because of the color of their skin, they are not being treated the same. And that hurts. And that should trouble all of us. This is not just a black issue. It's not just a Hispanic issue. This is an American issue that we should all care about..." blah, blah, blah. He said that after a gunman murdered and maimed something like a dozen police and civilians. These innocent people were attending a demonstration protesting the deaths in Louisiana and Minnesota.

Such pompous twaddle from Obama is typical. He is going to lead us, 315 million of us, in a gigantic transcontinental conversation on how to be good and just and fair. In the meantime the rule of law is fraying, and ever larger numbers of people are dying. It is time for Obama to retire. Had he gone golfing after the carnage in Dallas it would have been no more damaging to law enforcement in America.