The Origins of Bernie Sanders: A Public Service Announcement 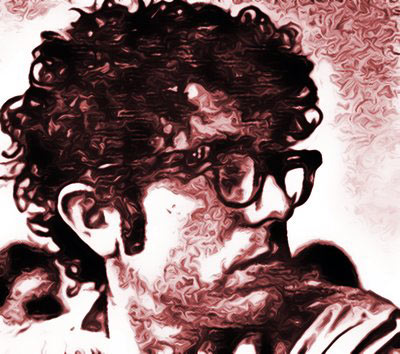 Political observers are still speculating about whether the July 4th New York Times report on the loony biography of Democratic presidential candidate Bernie Sanders was meant as a hit-job or an encomium. He is closing in on the Democratic frontrunner, Hillary Clinton. Joe Biden is standing in the wings. Other ambitious Democratic pols are smelling blood. Sanders is surging in New Hampshire, the first primary state.

The Times went all the way back to the late 1960s and early 1970s to capture young Bernie when he was a hippie expatriate from the Bronx forging a political career for himself among the left-wing youth movement that was then intent on ousting Vermont's political "establishment" and moving on to other states, possibly to the whole wide world. Everyone would learn to play the guitar, sit cross-legged in the dirt and affix flowers in their hair.

From a counterculture newspaper of the era, The Vermont Freeman, the Times quotes Sanders as inveighing against New York City's "mass of hot dazed humanity heading uptown for the 9-5." The wretches would apply themselves to "moron work, monotonous work." "The years come and go," writes Sanders, and he reaches for an ambitious attempt at sociological analysis: "Suicide, nervous breakdowns, cancer, sexual deadness, heart attack, alcoholism, senility at 50. Slow death, fast death, DEATH." The Times comments on this passage as being written "in all apparent seriousness."

Actually, to those of us who were coming of age in the late 1960s and early 1970s, this kind of ominous drivel is quite familiar. I remember it for its quaint rusticity, employing Luddite themes along with the stentorian call to the barricades. It had been sounded in the 1930s, and it made a comeback in the 1960s and '70s. The Clintons sang it and Jean-Francois Kerry and Elizabeth Warren (who was then apparently living in a tepee) and Al Gore — in fact, much of the leadership of the Democratic Party today stood with Sanders at least in spirit back in the Bolshevik days of the 1970s.

Clinton sounded pretty much like this at Wellesley and during her famed commencement speech. She was singing Sanders' song in San Francisco at the law offices where she interned with the communist defender of the Black Panthers, lawyer Robert Treuhaft. She was full of it later when she served on the staff of the House Judiciary Committee and Democratic counsel Jerry Zeifman says he let her go for lying and other unethical behavior. In her early days in Arkansas, she was known for her left-wingery. Why is the Times bringing up Sanders' youthful radicalism now? Is it to remind us of how far left the party has come? Well, perhaps the paper has performed a public service.

In the 1980s, we Reaganites thought the left-wing fantasies of the recent past were dead. So did many of the left-wing fantasists. They were in mourning as the Cold War wound down and free-market economics worked its magic. There were movies like "The Big Chill" about how the members of the youth movement of the 1960s and '70s feared they had "sold out" to the establishment. "Moron work" was paying off. The War on Poverty had cost billions, and the poor were still with us. In fact, today, even after the presidency of Bill Clinton and of the Prophet Obama, we have about as many people living under the poverty line as we did in 1968. They have cost us more than $22 trillion, which could have gone to job-producing investments and infrastructure. Sanders and Clinton and the whole reactionary crowd respond with "plow on." Sanders favors the Greek economic model. Who doubts that Clinton does, too?

So if he is still living according to the late 1960s protocols, like Clinton and other Democratic elites, why is the Times reminding us of their rustic origins now? I have to tell you: I do not know. Possibly, as I said, as a public service.