Why Are There No Lefties on Talk Radio? 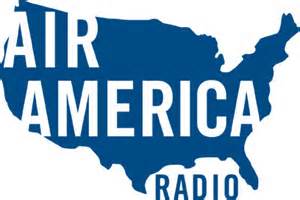 The coroner asks what made a robust fellow a corpse. Was it a remorseless cancer or a tragic accident? Was it Huntington's disease or something else, possibly, simple alcoholism? In the case of the liberal, the cause of death was almost certainly a massive overindulgence. Simply stated, the liberals attempted too much. They even attempted to solve problems that were not conventionally understood as problems. After all, there were no plausible solutions, for instance, for the elimination poverty, which in America amounts to relative deprivation, not destitution. How can we solve a citizen's relative deprivation?

As a result of liberalism's morbidity, there are places in America where the liberal once thrived but now has completely vanished. Consider talk radio. I can remember back when the liberals completely dominated the medium. Back in the late 1950s, the 1960s, even in the 1970s, there were people like Jerry Williams in Boston and Irv Kupcinet in Chicago. Now they are gone. Even when Al Gore summoned the left's billionaires to subsidize talk radio with something called Air America the endeavor utterly failed. Talk radio is the domain of conservatives. So dominant are conservatives in radio that today talk radio has become a synonym for conservatism. "Talk radio," the voices of the left admonish (there are no voices of liberalism remaining), "is the enemy of Obamacare, of holding hands with moderate terrorists, of the minimum wage."

There are the golden voices of talk radio, the Limbaughs, the Hannitys, the Levins, and dozens of others. Their understudies are in every city in the country where people pause in drinking their lattes or their eaux minerales to say, "Did you hear what Chris Plante (in Washington) said today?" Or in Chicago, "Do you think Mancow Muller could run for the Senate or the House of Representatives"? Or — it could happen anywhere — "Should Rush run for the presidency?"

Frankly, I am surprised by the dominance of conservatism on talk radio. There is nothing like this conservative dominance in television. To be sure there is Fox News, but the contagion has not spread to any of the networks. There, and on CNN and MSNBC, the left presides as though all of America were hanging on every word from Chuck Todd or from George Stephanopoulos. Rather than laughing out loud at their fatuities. Why have not conservative talk radio's sages made a mark on the networks, CNN and MSNBC, especially when Fox News is more lucrative than all the news organizations combined? Would not a profit-driven executive at network news or CNN want to broadcast Rush Limbaugh or Mark Levin?

Moreover, why when Air America was alive and flush with subsidies did the various wits and sages of Air America not make us laugh and laugh with their jokes about President George W. and soon-to-be Speaker of the House John Boehner and the tea party or what was eventually the tea party? Why did they drone on and on about the conservatives' alleged racism and stupidity? Why would they suddenly descend into vulgarity and bathroom humor? One could not listen to Air America for long without hearing one of its luminous minds call some conservative an anatomical part instrumental in evacuation or make some other coarse remark.

I suppose the leftie is only making a stab at sincerity. He or she was sincerely demonstrating his or her contempt for a conservative. Yet the sincere heart of a left-winger ought to be kept in check. Nowadays such sincerity betrays the fact that the leftie has nothing very intelligent to say. Liberalism is — have you heard me say it — dead.