A Suggestion for Donald Trump 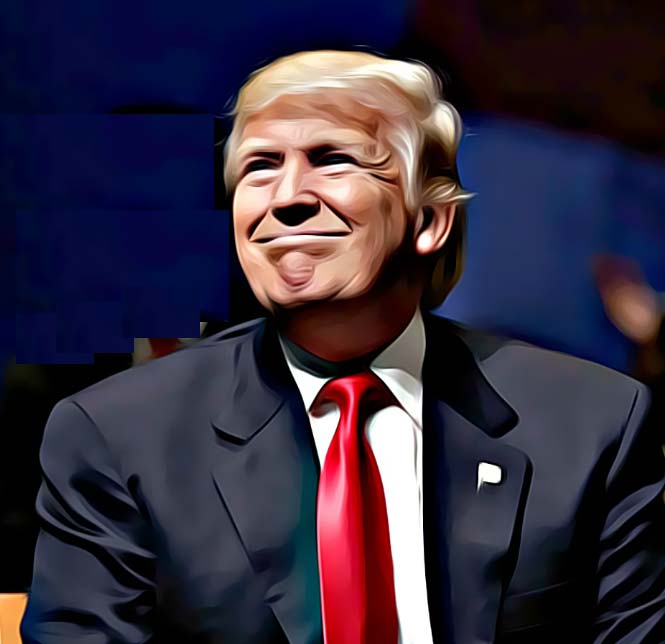 Saturday was a good day for the Land of the Free and the Home of the Brave.

The First Amendment has been validated once again, this time by the United States Senate. Simply by speaking his mind, Citizen Donald Trump committed no crime on Jan. 6. That was when he addressed a large crowd telling them they should march "peacefully" and "patriotically." He told them they should "fight like hell."

Those are words frequently employed by politicians, and Trump's defense team gave us plenty of blood-curdling examples of Democrats uttering precisely those words in an angry montage Friday. When it was all over, what struck me is how both sides resort to warlike rhetoric from the stump, and come to think about it, both sides have their thugs: the Proud Boys on the right, the adepts of antifa and Black Lives Matter on the left.

Speaking on Newsmax after the Senate voted to acquit Trump, Alan Dershowitz, professor emeritus of the Harvard Law School, said: "Today was a very good day for the Constitution. ... There was no Constitutional basis for going ahead with the trial in the Senate for citizen Trump. Moreover, his First Amendment rights prevailed over any accusations of what was done." Though Trump, Dershowitz adds, is "going to be a busy guy for the next few months." Dershowitz is presumably referring to the cases being filed against Trump in state courts.

I, for one, believe it will be a waste of Trump's time to be fighting off charges at the state level. As things stand right now, Trump is probably the most harassed private citizen in American history. He was harassed by the intelligence community on his way into office. Why, I still have not figured out. He was harassed by the intelligence community and the House of Representatives throughout most of his presidency.

Finally, until his acquittal Saturday, he was being harassed by the House of Representatives, or at least the Democrats in the House of Representatives, and now he is going to defend himself at the state level. Possibly, his lawyers will take his case to the United Nations High Commissioner for Human Rights. He could not win a Nobel Prize for Peace for his role in the Abraham Accords, but maybe he will have better luck at the High Commissioner for Human Rights.

Actually, I can think of a better way for him to spend the next year or so. Why not write a book about how he came into office with very little experience in government and brought the economy to life in no time? No one in their right mind denies it. Then, too, he nominated a record number of judicial appointments, including three Supreme Court justices. Then there was his very successful deregulation program, the Abraham Accords in the Middle East and Black and Latino unemployment at their lowest levels ever. With so many Black and Latinos working, he had replaced the welfare state with the full-employment state. Then came COVID-19. It undid one or two of the aforementioned triumphs (temporarily?), but it gave him an opportunity to oversee Operation Warp Speed. How about a chapter on that? I will even give him a title for his book: "The Art of the New, New Deal."

The economy was asleep throughout the Obama administration. We had the slowest recovery rate in decades. Barack Obama called it the "new normal." Trump reversed it. He cut taxes on everyone, and people in the lower percentiles were doing better from their tax cuts than the top earners. Another very effective way to increase growth was to stop miring the economy in regulations and to free it from government snarl.

This Trump did, and now we are going back to the days of snarl. Trump, in his book "The Art of the New, New Deal," can explain how markets are more efficient than ... well, than the post office in allocating resources and moving product. One of Trump's greatest achievements has been his judicial appointments. He has nominated judges who believe in the Rule of Law. That is to say, the courts will treat everyone the same, and no one will get special treatment.

Finally, the Abraham Accords seem to be bringing peace to the Middle East. This, too, was Trump's achievement.

All of these achievements are now imperiled by the new administration. The fact is that Donald Trump presided over policies that were effective. In the next two years, it is up to him to defend those policies. I wish him luck.