Why conservatives should celebrate Thaler's Nobel 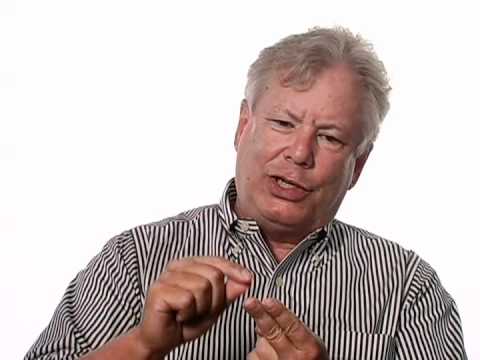 Richard Thaler, winner of the 2017 Nobel Memorial Prize in economics, is not usually considered to be a right-of-center thinker. His major idea in "Nudge," co-authored with Bloomberg contributor Cass Sunstein, however, is the most significant contribution to conservative thought in a generation.

As the debate usually proceeds, advocates of nudging call upon the government to structure "choice architecture" to produce better decisions. If you sign up for a pension plan with your employer, perhaps the default option should be the maximum contribution to a savings plan; in turn, the enrollee must check a box to receive a different option.

Choice is still present, but the employer (or the government) is suggesting that people make a particular choice. Such practices have become widespread, and the British government has created an entire "nudge unit."

As this debate has unfolded, many conservatives and libertarians have been very critical of Thaler and Sunstein. They describe nudging as manipulation, and perhaps one step down the road to an Orwellian future based on surveillance and subtle behavioral control. When I look around, though, I mostly see the nudge idea in service of the ends of social conservatives.

Consider marriage as a longstanding form of the nudge idea. Divorce, of course, is possible, but our government doesn't allow marriage contracts that automatically expire after 5 years, or 10. That's a nudge encouraging people to stay married, and a good one for the most part.

A large number of possible marriage contracts would confuse people, and probably wouldn't lead to better life decisions. Still, if a marriage is truly intolerable it can be ended. The public can still debate whether divorce should be made easier or tougher.

Another conservative nudge comes in immigration policy. Throughout much of the 20th century, there wasn't much, if any, barrier to people crossing from Mexico into the U.S. These days, there is an active Border Patrol. That said, Mexicans can buy false papers or overstay their visas if they don't wish to hazard what is now a fairly dangerous border crossing experience.

Even if we build President Donald Trump's wall, these basic facts will not change: Mexicans have the option of entering illegally, but they must engage in considerable planning and incur some expense to do so. They are nudged to stay home, although a choice remains.

There is a common pattern here: Society is unwilling to resort to outright, direct coercion either to keep people married or to keep them from immigrating illegally. We don't in fact have the resources to do that, nor would we be willing to stomach the required violence. Conservative social policy is thus reborn in the form of a nudge, because that's what restrictions look like in a violence-averse society.

An especially controversial conservative nudge is all the policy steps and regulatory restrictions and funding cuts that make it harder for women to get abortions. Many Americans must now travel a considerable distance to reach a qualified abortion provider, in some cases hundreds of miles. The cost is discouraging. And the greater inconvenience widens the gap of time between decision and final outcome, perhaps inducing some women to change their minds or simply let the plan go unfulfilled.

Yet it is still possible to get an abortion, albeit with greater effort.

This isn't the place to debate whether this is good or bad, but it is a major use of nudge for socially conservative ends. Again, I suspect even with a more Republican Supreme Court, the U.S. would not be willing to ban abortion outright and face all of the enforcement dilemmas that would entail.

I find it striking that nudge theorists usually market the idea using relatively "liberal" examples, such as improving public services. How much we view nudge as freedom-enhancing or as a sinister manipulation may depend on the context in which the nudge is placed. Neither conservatives nor liberals should be so quick to condemn or approve of nudge per se.

We should also consider that the politically relevant alternative to nudge may indeed be violence, rather than freedom of choice. That tends to make the nudge idea look better, though perhaps not in a way that social liberals should feel totally comfortable with.

Is it not striking that such a potentially conservative idea has come from two thinkers who, although eclectic, are more on the political left than the right? Perhaps conservatives need to be nudged into coming up with more intellectual innovations of their own.