A $50 robbery led to a life sentence without parole. Decades later, judge releases him 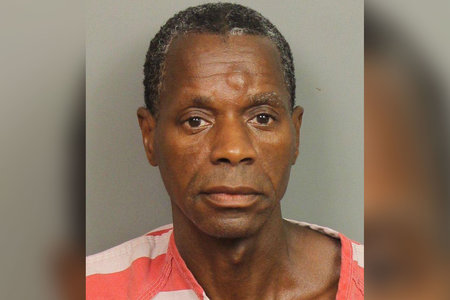 At 22, Alvin Kennard was sentenced to life in prison without the possibility of parole.

Now 58, Kennard is coming home after spending more than 35 years - virtually his entire adult life - behind bars. Recently, when an Alabama judge ordered that he be released from prison, more than a dozen friends and family members who had gathered in the courtroom leaped to their feet and cheered.

"I fell apart," Kennard's niece, Patricia Jones, told WBRC. "I just threw my hands up and said, 'G od, I thank you, I thank you.'"

The unusually harsh punishment was the result of Alabama's Habitual Felony Offender Act, also known as the "three strikes law," which was originally intended to crack down on repeat offenders when it was enacted in the 1970s. But Kennard wasn't exactly a hardened career criminal when he was sentenced to life behind bars: His prior history consisted of being charged in connection with a break-in at an unoccupied gas station when he was 18, which landed him on probation for three years, AL.com reported.

Several years after that incident, Kennard and another man walked into the Highlands Bakery in Bessemer, Alabama, wielding a knife, and emptied the cash register, according to court records. In 1984, Kennard was convicted of first-degree robbery. Because he had pleaded guilty to three felony counts in the gas station break-in, the penalty was a mandatory life sentence.

Kennard was incarcerated in Bessemer, where his family lives, so for more than three decades, they were able to visit him regularly. Jones told WIAT that she had seen firsthand how prison made him a different person. After a few years behind bars, "he started talking about G od and I knew he had changed," she said. "He wants to be forgiven for what he had done and he wants the opportunity to come back and learn how to survive."

Kennard's family prayed that he would be released one day, knowing that the odds were against him. Then, in 2013, faced with massive overcrowding in the state's prison system, Alabama began to rethink its sentencing guidelines and gave judges more discretion in cases like his. If the 58-year-old was sentenced for first-degree robbery today, AL.com reported, he would still be eligible for life withthe possibility of parole, but the minimum sentence would be 10 years in prison.

The Alabama Appleseed Center for Law and Justice, a nonprofit legal advocacy group, took up Kennard's case. The group noted that he had been an exemplary inmate who lived in the "honor dorm" - a faith-based housing unit where prisoners are subject to stricter rules - and hadn't been cited for a disciplinary or behavioral infraction in over a decade. Carla Crowder, the organization's executive director and Kennard's attorney, argued in court that he would likely have been eligible for parole 20 years ago if he had been sentenced under the new standards, WIAT reported.

Fourteen of Kennard's friends and family members attended the hearing, and Crowder pointed to them as proof that he had an unusually strong community support system. "We have no doubt that he would do well on the outside," she said, according to the station. "When we spoke this morning, he brought up that he just wants to work. I think that is commendable."

During the hearing, Kennard told the judge that he deeply regrets the crimes he committed more than three decades ago, and, if released, hoped to work as a carpenter and live with his family in Bessemer.

"I just want to say I'm sorry for what I did," he said, according to WIAT. "I take responsibility for what I did in the past. I want the opportunity to get it right."

Prosecutors did not oppose the motion to shorten Kennard's sentence, AL.com reported, and Circuit Judge David Carpenter resentenced Kennard to time served, meaning that he will be released as soon as the Alabama Department of Corrections receives the necessary paperwork.

"It means a lot for me that you are taking responsibility for what you have done," the judge said, according to WIAT.

Outside the courtroom, friends and family wept with joy, embracing each other and offering prayers of thanksgiving. Now a middle-aged man, Kennard was about to reenter a world that has changed drastically since he was 22, but they assured reporters that they were there to help him through the transition.

"We are going to support him," Jones told WBRC. "Whatever he needs, so he can get himself situated, we're willing to do it."