Popular TV characters have become a part of the 2020 campaign. Here's why. 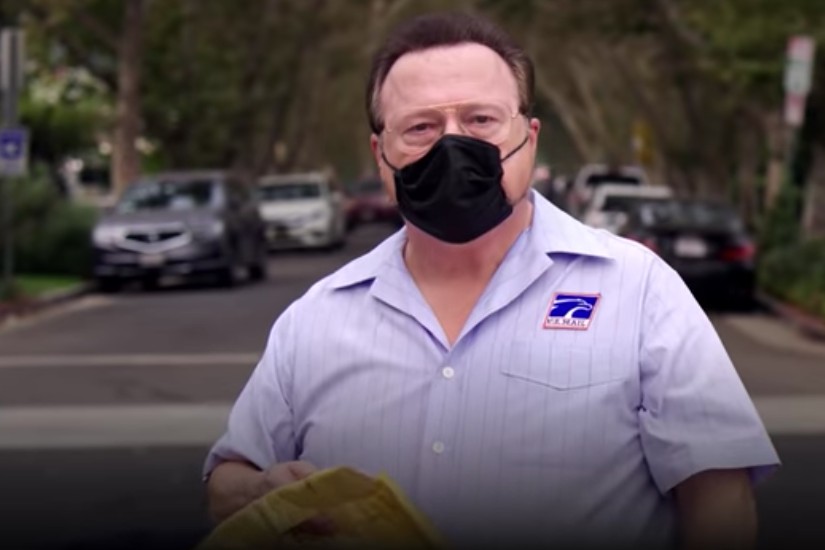 Ahead of the election, actor Wayne Knight has reprised his iconic role of the mailman Newman from Seinfeld for a video supporting the U.S. Postal Service.

In an advertisement by a political action committee associated with the political organization ACRONYM, Knight channels the voice and mannerism of the fictional postal worker to condemn much-publicized Republican efforts to assault mail-in voting and to encourage people to vote in the upcoming election.

The return of Newman garnered attention online with more than 60,000 likes and over 20,000 retweets within a day on Twitter alone. On the same day, actor Milo Ventimiglia urged his followers on social media to vote and drew on his popular character in the successful television drama "This Is Us" (NBC, 2016-), Jack Pearson, to convey his message.

"If you like JACK/Vote for JOE," the actor wrote on Twitter. The attempts by liberal actors to use their beloved television characters for political gain is nothing new. In fact, it is a practice that began in the 1970s. But contrary to conventional wisdom, it was a political strategy pursued by both the Democratic and Republican parties to use one of the most popular characters in television history, Archie Bunker, to reach new voters and draw on the emotional connection that viewers had with characters to turn them into voters.

Played by Carroll O'Connor, Archie Bunker was the star of "All in the Family" (CBS, 1971-1979) - the most popular show on television - and a political icon of the white working-class conservatism that was ushering in a realignment of American politics in the late 1960s and the 1970s.

Producer Norman Lear wanted to take on political, social and cultural conflict within the sitcom format. Transforming television entertainment, which in the 1960s was more focused on talking horses, flying nuns and bewitched housewives than the Vietnam War, civil rights or student unrest, the show courted political controversy. By addressing issues like residential segregation, hate crimes against sexual minorities and environmental campaigns, the show presented the liberal perspectives of the producers and writers. Though the centerpiece of the show, Bunker, the voice of the right wing, always ended up on the losing side.

With the show the talk of both Hollywood and Washington, candidates across the political spectrum attempted to use Bunker for political gain. Following reforms sparked by the tumultuous 1960s, politics was moving away from party-centered campaigns toward candidate-centered campaigns - introducing a showbiz politics where both Republicans and Democrats courted Hollywood.

When in 1971 Mayor John Lindsay of New York, announced he would seek the Democratic presidential nomination only months after leaving the Republican Party, he lacked a distinct voter base within his new party. Television, the Lindsay campaign concluded, would make or break the campaign in early primary races. Lindsay appealed to liberals but needed to expand his base to the white working-class and those seduced by the conservatism of segregationist George Wallace. For this Lindsay turned to Archie Bunker.

Carroll O'Connor was a bona fide liberal: a strong supporter of civil rights, opponent of the war in Vietnam and a proud champion of labor unions. But his character could be used to attract the more conservative blue-collar support that Lindsay needed. So, he endorsed Lindsay and made television ads blurring the lines between actor and character.

"He can't actually endorse him in character," explained a spokesperson for the campaign, "but he uses some language that will make it recognizable." Media attention soon followed. Rivals acknowledged the television strategies of the campaign. Still, not even the beloved character could save Lindsay's campaign. The innovative strategies, however, would prove lasting.

In 1972, having won the Democratic nomination as the favorite of liberals and students, George McGovern needed to expand his voting base to stand a chance against President Richard Nixon in the general election. Despite his campaign manager, Gary Hart, describing the "Archie Bunker vote" as "the most important politically," his campaign struggled to reach the white working class, the traditional key to Democratic success.

Surrounded by celebrities, movie stars and rock stars, the McGovern campaign enjoyed an aura of Hollywood pizazz. Fittingly then, eschewing efforts to invest in blue-collar outreach the campaign instead turned to Bunker, once again performed by O'Connor, to reach these voters.

"Archie Bunker Backs McGovern," an Associated Press headline conflating the celebrity with the character read. In television endorsements, O'Connor presented himself as the character. "I as a conservative man am going to vote with confidence for Senator George McGovern."

On television, McGovern himself asked viewers who liked Archie Bunker to vote for the Democratic ticket. The campaign hoped, in vain it turned out, the beloved character would save their limited efforts to attract the working-class vote.

And yet, it wasn't only Democrats who tried to capitalize upon the Bunker character. Republicans just went about these efforts differently. While it may be surprising in 2020 when celebrities overwhelmingly lean left, Nixon, too, had a keen interest, and strong support, in Hollywood. Film stars like George Murphy and Ronald Reagan, both Republicans, had bartered their fame into success at the ballot box. Aware of the power of showbiz politics, the White House kept an eye on television entertainment.

The president hated "All in the Family," understanding it ridiculed his political base, but was persuaded by friends in the industry that the intended political message failed to reach viewers. Worried about the influence of Bunker, many critics believed the success of the show rested on conservatives cheering on Bunker as a genuine hero.

And so, Nixon wanted to capitalize on this disconnect between the show's producers and its audience. Recognizing the popularity of Bunker, the Nixon campaign attempted to persuade and pressure O'Connor to endorse the president. While the character on the show tended to side with Nixon, the liberal O'Connor would never lend his name and image to the campaign to reelect the president.

Rebuffed by O'Connor, Nixon stepped up his attacks on the industry as liberal, elitist and morally bankrupt (even as he continued to court other movie starts and moguls into his campaign.) And this resonated with conservative supporters who also caricatured McGovern and his liberal supporters in Hollywood as elites embracing far-left politics.

"Your opponent had the campaign support of the highly-paid actor who portrays a blue-collar worker as an ignorant buffoon," a Nixon-supporter from Queens wrote the president in 1972, "but I want you to know, Mr. President, that you received the voting support of the hard-working, warm-hearted, well-informed, real-life people of the community."

The fights over Archie Bunker foreshadowed liberals' reliance on Hollywood to promote their messages and conservatives' assault on Hollywood as a stronghold of liberal elites. While their strategies differ, both Democrats and Republicans remain convinced of the importance of entertainment and welcome celebrities into their campaigns.

Elevating movie stars and television characters into political figures, the efforts of Lindsay, McGovern and Nixon highlight how and why Hollywood became a political arena - either as ally or villain, depending on the circumstances. And yet, the failures of Lindsay and McGovern illustrate the limitations of the left's showbiz politics, while the electoral successes of Reagan and Donald Trump remind us just how effective the right has been at turning entertainment into political power.

Archie Bunker did not win elections for Lindsay and McGovern, nor will a potential Biden victory in November be the result of Newman or Jack Pearson, but the struggles over the character of Archie Bunker help us understand why television entertainment holds such a key position in modern political campaigns.

Winberg is a Ph.D. candidate in history at Ă…bo Akademi University, working on the political history of television entertainment in the 1970s