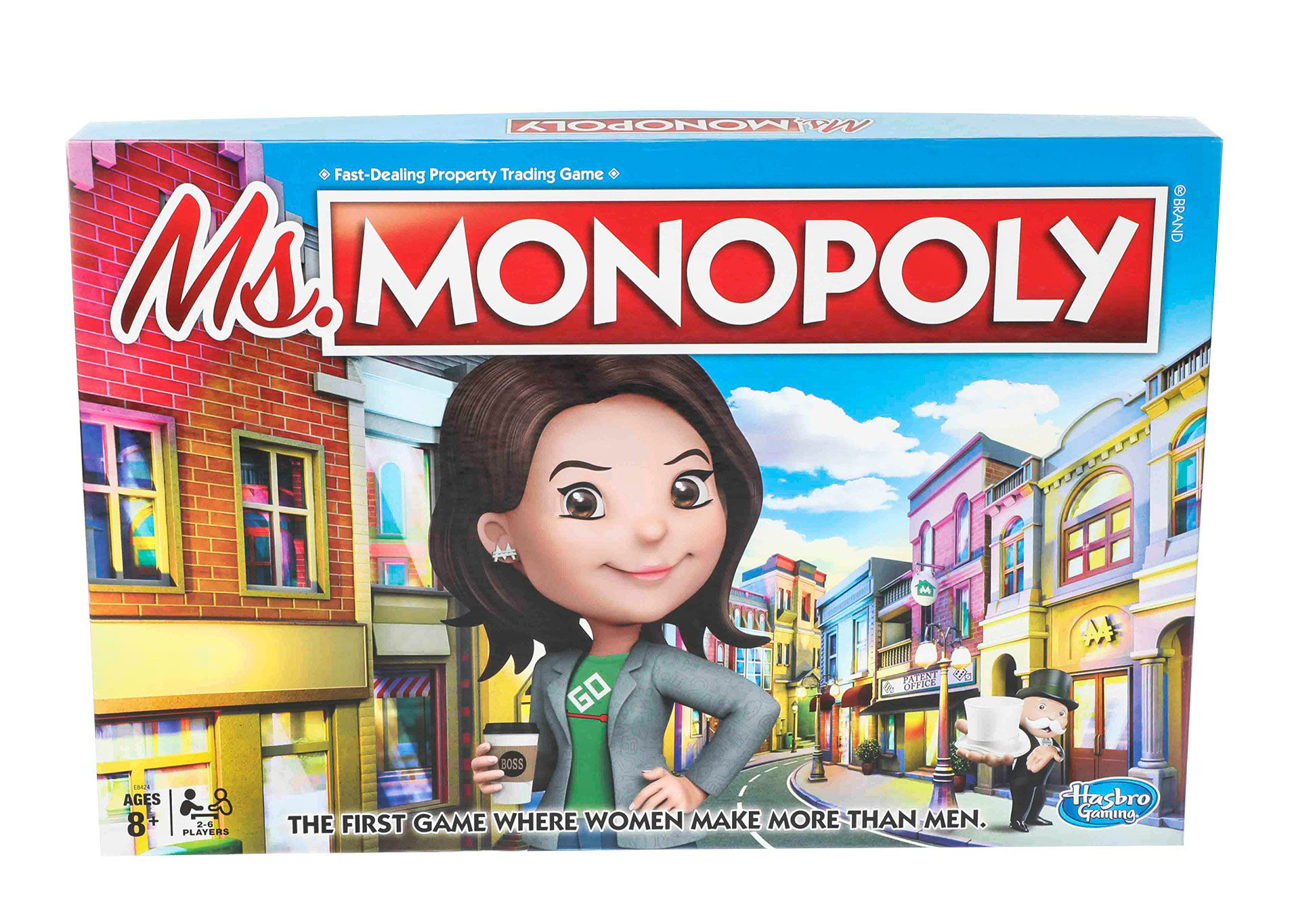 Rich Uncle Pennybags has willed his empire to his niece, Ms. Monopoly, in Hasbro's latest iteration of it's iconic board game, where women entrepreneurs and inventors are not only celebrated, they are paid more than men.

"The first game where women make more than men," reads the bottom of the new Ms. Monopoly game, which for the first time in Monopoly history features a character other than Mr. Monopoly on the cover.

Ms. Monopoly wears a blazer. She holds a coffee. She stands with her hand on her popped hip.

In her world, the experiences of women, and their broad contributions to society, form the basis of the board game.

The banker gives $1,900 in Monopoly Money to female players and $1,5000 to each male, reported USA Today. When players pass go, women again get the upper hand - receiving $240 to the men's $200. Investments in real estate from the original game have been replaced by investments in innovations made by women, like bulletproof vests, WiFi, chocolate chip cookies and ladies' modern shapewear.

Along the way, players can pick up tokens, such as a barbell, a glass or a jet plane. The watch token symbolizes that it is "about time for some changes," Jen Boswinkel, senior director of global brand strategy and marketing for Hasbro Gaming, told USA Today.

The white top hat token is meant to represent Mr. Monopoly passing the hat to his niece.

"With all of the things surrounding female empowerment, it felt right to bring this to Monopoly in a fresh new way," Boswinkel said. "It's giving the topic some relevancy to everyone playing it that everybody gets a turn, and this time women get an advantage at the start."

Ms. Monopoly's premise is a not-so-subtle nod to the gender imbalances in modern workplaces, including pay inequality, and the ways that women's experiences and contributions have often been downplayed - or erased altogether - from history's memory.

The game does two things, Boswinkel told USA Today. It illuminates inventions, innovations and products that families likely use but perhaps don't know were invented by women. It also provides a fun framework for a nuanced issue that, Hasbro hopes, will prompt discussions about structural discrimination during family game night.

In a statement about the game launch, Hasbro called the pay imbalance "a fun spin" that "creates a world where women have an advantage often enjoyed by men."

Even still, male players - the game pieces, not the humans manipulating them - can still win, even with the monetary disadvantage. And, Boswinkel told USA Today, families can opt to take the money talk out of Ms. Monopoly by doling out equal amounts of cash, regardless of the player's gender.

The rollout of Ms. Monopoly, which can be preordered at Walmart, comes after the launches of two other recent spinoffs, Monopoly: Socialism and Monopoly for Millennials.