7 myths about what it takes to raise successful adults 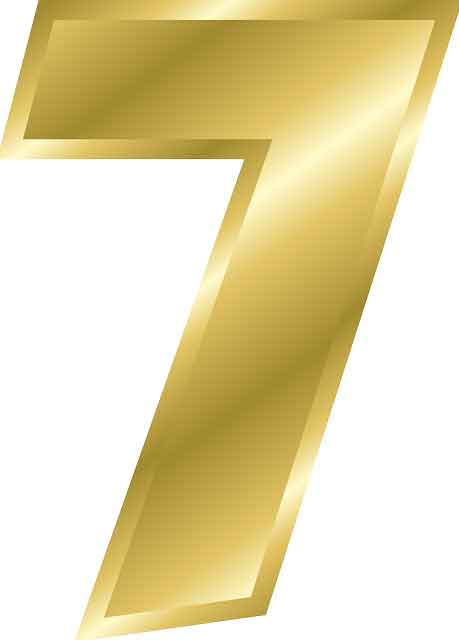 The college admissions scandal this spring pointed out what many people already know: Parents are stressed out, worrying that they aren't doing everything correctly. They're fretting that their kids won't get into the "right" college. And kids are stressed because of all the pressure put on them.

Perhaps because of myths about what is involved in raising successful kids, snowplow parents clear all obstacles from children's paths; helicopter parents hover, overseeing every aspect of their kids' lives; and tiger moms pressure their kids to achieve perfection, both in school and out.

But parents need to pause, step back and consider what it really takes to raise successful, happy, confident kids. I interviewed 60 successful entrepreneurs and their parents to find out, and in the process discovered these seven common misconceptions.

Parents think their kids have to get into a top college to be successful, so they put pressure on their kids to get good grades. They don't realize that kids who excel in one area - which is often outside the classroom - will be fine. This can compensate for less-than-stellar grades. Many entrepreneurs weren't appreciated in school because they have a different learning style; they often don't like to "color within the lines."

When Benny Blanco was in kindergarten, his mother got a call from his teacher each week complaining about him not sitting in the circle. Eventually, Blanco's goofy charm won his teacher's heart. He started producing songs in high school and is now one of the country's leading songwriters, with 27 top-10 songs and 100 million albums sold.

When Jeff Marx was in sixth grade, he was hounded because he refused to turn in homework he thought was too easy. His teachers changed their perspective when they saw him sing in a school assembly. The Tony-winning composer co-wrote "Avenue Q."

Be supportive of what your child loves. Parents believe their kids have to follow the same path that worked for them: Get good grades in everything, go to a good college, get a good job. That may work for some. For others it doesn't. They study subjects they hate, are miserable in college, graduate loaded with debt and can't find a job.

"Crazy Rich Asians" director Jon Chu was making little movies from fourth grade. Although at first his mom was upset, when she realized how important it was to him, she became his biggest supporter. Even if a career doesn't flow directly from their high school passion, the grit and confidence kids develop by getting really good at something they love will hold them in good stead.

• Kids whose parents help them will turn out better.

Children who are given responsibility learn they can do important things. Children who are trusted to fix their mistakes gain confidence that they have the skills to succeed. Esther Wojcicki raised three successful daughters: Anne founded 23andMe, Susan is the CEO of YouTube, and Janet is a pediatrician. Esther's motto is: "Everything you do for them is one thing they won't learn to do for themselves." Esther told me that when her kids were little, "The 2-year-old had to come down and get me when the 6-month-old was crying. It taught them responsibility from a very young age." Letting kids solve a problem by themselves equips them to tackle challenges when they're grown up.

• It's easy to tell which young kids will become leaders.

Certainly, some future entrepreneurs have been taking charge since their days on the playground. But just as many didn't blossom until much later. Jenna Arnold wasn't popular in high school and told her mom, "I can't take these girls anymore. I've found an international exchange program and I'm going to Spain." Her mom let her go.

Today, Jenna is the co-founder of ORGANIZE, the country's top registry for organ transplants. Ellen Gustafson was bullied as a child and called Big Bird for being tall. She co-founded FEED projects and the Summit Institute and is a leader in sustainable food systems.

• Children should grow up without adversity.

Many of the entrepreneurs I spoke to overcame real problems growing up: A family member was very sick and even died; their parents lost jobs; their parents divorced; they had serious learning issues. They learned they had the ability to fight, to come back, and to keep going. This gave them the confidence to solve problems on their own.

Expa partner Hooman Radfar credits his success to watching his mother bounce back again and again. When his first company wanted to switch direction and his investors refused to fund it, his mom told him, "Do you know how many times I've had to start over? You'll be okay. Go in the direction you want." His company eventually became a success.

When I started researching, someone said, "I bet all the entrepreneurs are 'firsts' or 'onlies'." In fact, all the entrepreneurs told me that coming later in birth order was also an advantage, often because it meant they were given more freedom. The kids whose parents didn't hover became more entrepreneurial. Sometimes they were first, but often they were second or third or fourth. Under Armour founder Kevin Plank is the youngest of five.

His mom, Jayne, who always worked full-time, told me that because she was so busy by the time he came along, she trusted him with even more freedom than she'd given the others. Nantucket Nectars co-founder Tom Scott is the third of four kids. His mom Jane told me the first two needed more of her time, but Tom didn't need a lot of parenting so she "kind of left him alone" to figure things out for himself.

Successful companies are often founded to make a difference in the world. If entrepreneurs don't believe in what they're doing, how will they survive the 18-hour days, the funding worries and the uncertainties of the marketplace? Blake Mycoskie founded TOMS, which has given away millions of shoes. Method co-founder Eric Ryan started his cleaning products company because he didn't think the available choices were good for the environment. They care about contributing to the world and didn't make important choices based solely on money.

I know it's tough, but parents need to let go. The kids will be all right, even if they don't get into Harvard or Georgetown. Watch them. See what makes their heart sing, then support them as they pursue that. Help them find something they love; it might become the basis for a career. It might not. But as they pursue their own path, they will be happier, which is what really defines success.

Machol is the author of "Raising an Entrepreneur: 10 Rules for Nurturing Risk Takers, Problem Solvers and Change Makers."