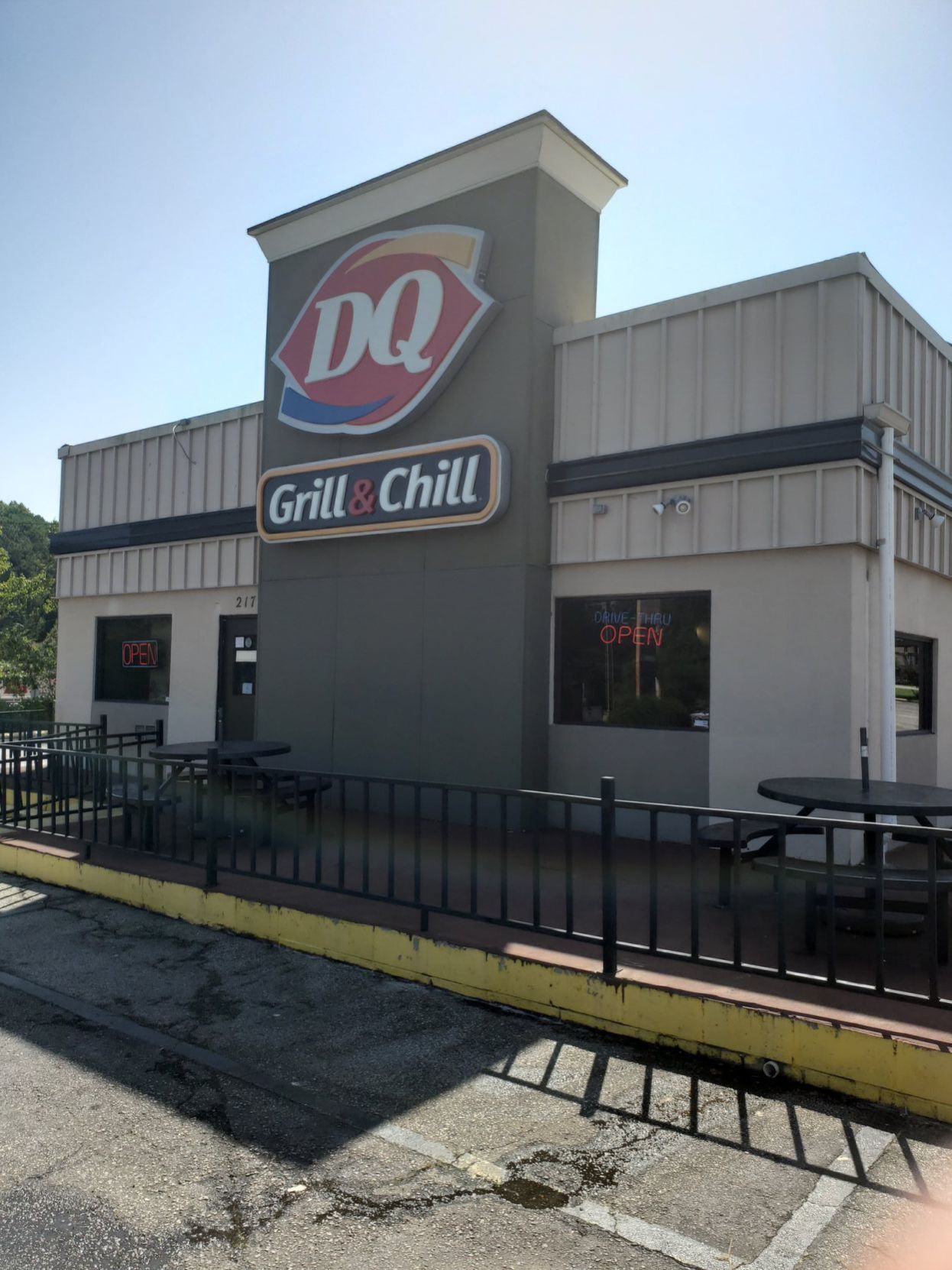 The entire ingredient list for a Dairy Queen burger, the company says, is beef. From cows. Not from humans. Dairy Queen had occasion to clarify this on Friday, after a federal raid at one of its South Carolina restaurants set off a flurry of conspiracy theories about the fast-food chain.

"At DAIRY QUEEN, we are very proud of our 100% beef hamburgers," the company wrote on Twitter. "We serve a high-quality hamburger with no additives or fillers."

The mayhem seems to have begun Wednesday, when federal agents surrounded a Dairy Queen location in Greenwood, South Carolina, as part of an investigation that also led them to a home and a convenience store, the Index-Journal reported. The restaurant manager, Saif Momin, told the newspaper that a corporate inspector informed him that someone had complained about "human meat being inside a burger."

"If that was the case, they already would have shut me down," Momin said, according to the Index-Journal.

Rumors apparently sprang from Momin's comments with such force that an Index-Journal reporter found himself calling the Greenwood County coroner for an official statement that human beings were not, in fact, cooked into Dairy Queen's hamburgers.

"I promise you, I've never had anything of that nature asked of me. I've never suspected anything like that. I can honestly say that's the first I've heard of it, and I don't see any validity in that at all," County Coroner Sonny Cox told the Index-Journal. "There's little to no chance of anything like that ever being able to happen."

Two men face federal charges as a result of the FBI probe - for allegedly running an unlicensed money transfer business, not for anything related to Dairy Queen's hamburgers.

Mihirkumar Jayantibhai Patel kept cash hidden in trash bags in his attic and elsewhere in his home, according to a probable-cause affidavit filed in federal court in South Carolina. A man using the alias "Eddie Patel", the affidavit says, stored $200,000 in an unlocked safe at the back of the Dairy Queen restaurant in Greenwood. Eddie Patel claims to be one of the restaurant's owners, although his name is not on the paperwork, the affidavit says.

Momin, the Dairy Queen manager, is named in the affidavit but is not charged with a crime.

Marlene Kadlec, a spokeswoman for Dairy Queen International, told the Index-Journal that the allegations of criminal activity at the locally owned and operated Greenwood restaurant are "troubling."

As for the question about the contents of the restaurant chain's burgers, state and local officials consider the bizarre mystery resolved.