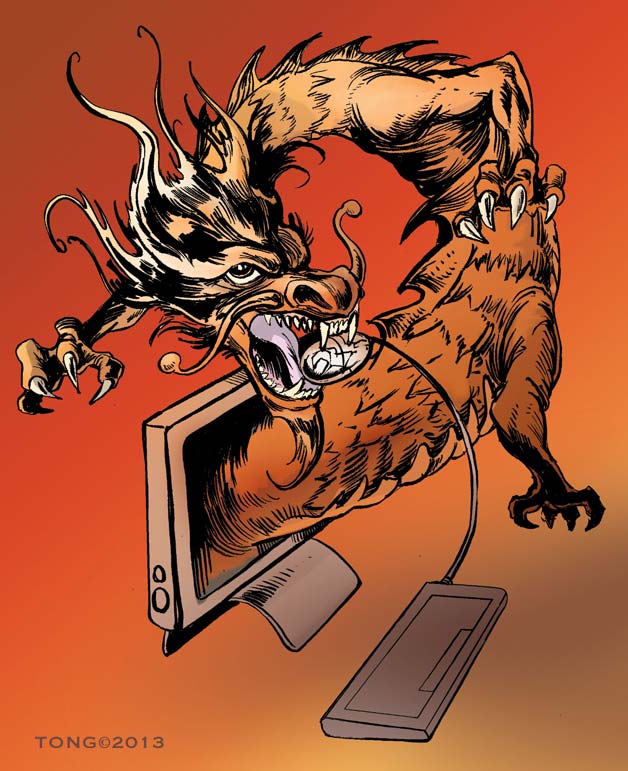 WASHINGTON - Rep. Mike Gallagher, R-Wis., and other China hawks are sounding an alarm about commercial products, such as cameras, printers and laptops, from China being purchased by the Pentagon.

Most of the distress about Chinese-built technology in the Defense Department and elsewhere in government has focused on Chinese components of major software and hardware systems that access sensitive information and could be a conduit for Beijing to spy on U.S. government secrets.

But there's also a major hacking danger posed by cheaper stand-alone items, such as Lexmark printers, Lenovo laptops and GoPro cameras, that the military is routinely buying with the equivalent of office expense accounts and little or no oversight, Gallagher warned during a Wednesday call with reporters.

For example, Army and Air force officials used the equivalent of government credit cards to buy more than 8,000 Lexmark printers during the 2018 fiscal year, despite the fact the company has "connections to Chinese military, nuclear, and cyberespionage programs," according to a recent watchdog report Gallagher cited during the call.

The Air Force also purchased 1,378 Lenovo products last year, despite a 2016 warning in a report from the Joint Chiefs of Staff Intelligence Directorate that "Lenovo computers and handheld devices could introduce compromised hardware into the DoD supply chain, posing a cyberespionage risk to classified and unclassified DoD networks." The Army and Air Force also bought 117 GoPro action cameras despite vulnerabilities that could give a hacker access to the user's credentials and to live video streams, the report states.

Gallagher called that report "a flashing red warning sign that even in the most sensitive parts of our government we aren't taking cybersecurity as seriously as we should."

Lexmark and Lenovo are Chinese companies, and GoPro cameras are produced primarily in China. Chinese-built back doors in those products could give Beijing access to Pentagon communications, surveillance footage and reams of other sensitive data, Gallagher warned.

He described the Lexmark and Lenovo purchases as evidence of how deeply Chinese technology is integrated into the U.S. government and other sectors of the economy - and how difficult it will be to root out all of that technology if it poses a greater hacking risks than the nation can bear.

Gallagher's warnings come as U.S. officials are in the midst of a global pushback on Chinese tech companies, especially the telecom company Huawei, which is poised to play a dominant role in building next-generation 5G networks that will carry far more data than existing networks and create greater risk if they're compromised by hackers.

The government's comparatively lesser attention to commercial products from China could make them more tempting hacking targets for Chinese spies, according to Roslyn Layton, a visiting scholar at the American Enterprise Institute, who also spoke on the call.

She warned that if China infiltrated the Pentagon through commercial Chinese suppliers, the result could be more damaging than the 2015 China-linked breach at the Office of Personnel Management, which compromised sensitive security clearance information about more than 20 million current and former government employees.

"If you're the enemy and you want to infiltrate American government and military, well why don't you take the path of least resistance and that is America's defense industrial base," Layton said.

Gallagher's co-leading the Cyberspace Solarium Commission, a group of a dozen lawmakers and current and former government officials, which is tasked with charting a course for the future of U.S. cybersecurity policy. The commission is based on a similar Eisenhower-era group that examined how best to counter the Soviet Union.

During a separate call with me, he described stemming the spread of Chinese technology as one of the thorniest challenges the United States will face in coming years - and a key focus for the commission.

"One thing we're discovering as we go down this path of a more competitive relationship with China is just how intertwined our economies are," he said. "You can build a moat around critical technology, but you can never completely divorce us from the Chinese economy."

To combat Chinese tech dominance, the United States should consider surging federal support for research and development efforts to make U.S. and other Western tech companies more globally competitive, he said. The country should also increase efforts to convince allies to shut out Chinese firms from 5G and other sensitive areas, he said.

So far, however, that effort hasn't been going very well. Despite months of warnings, some key U.S. allies, including the United Kingdom and Germany, are still considering allowing Huawei to build portions of their 5G networks.