The Jewish stake in the battle against Critical Race Theory 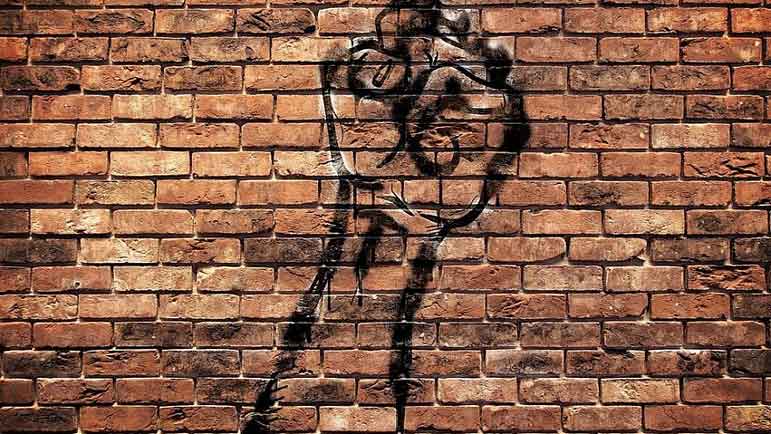 What's the latest racist threat to American democracy? According to a host of liberal publications, it's the nationwide push to prevent the imposition of critical race theory doctrines on public education. Articles in publications like The New York Times, NBC and Axios claim grassroots efforts to stop local school boards from adopting curricula heavily influenced by radical ideas depicting America as an irredeemably racist nation are both racist in spirit and largely the work of right-wing conspiracy theorists who are being organized and funded by national conservative groups.

Outlets like the Times, where support for critical race theory is a constant theme for writers like Michelle Goldberg and Charles Blow, claim that this growing activist movement is a noxious form of Trumpism whose aim is to demonize an important idea and the righteous educators seeking to shed light on American racism. Critical race theory opponents are being likened to book burners, censorship advocates and McCarthyite witch-hunters persecuting free thinkers.

If that wasn't bad enough, coverage of the issue is tilted so as to describe the controversy as a case of "astroturfing," a term used to describe an orchestrated effort financed by "dark money" to fake grassroots activism.

In this way, public opinion is being mobilized not only to support race-training education but to regard those fighting it as either racists or fools being manipulated by forces opposed to democracy.

However, this spin on the controversy is not only false but a case of gaslighting. Which is to say that rather than being persecuted innocent free thinkers, the defenders of critical race theory themselves are advocates of censorship, cancel culture and opponents of free inquiry.

What's more, this is an issue in which the interests of the Jewish community are very much at risk from those who wish to label both the Jewish people and Israel as linked to "white privilege" and the effort to oppress "people of color." But rather than joining in opposition to those trying to make critical race theory and the associated intersectional ideas that delegitimize the Jewish state, the organized Jewish community and its leading groups are either absent from the fight or, as in the case of the Anti-Defamation League and the Jewish Council on Public Affairs, on the wrong side of it.

As we have seen in the last year since the death of George Floyd created a moral panic about race, the champions of this ideology are not seeking to make Americans less race-conscious, and willing to treat and judge each other as individuals rather than members of racial groups as traditional civil rights efforts sought to do. Their purpose is just the opposite. The point of these educational and training programs, such as those championed by White Fragility author Robin D'Angelo or the work of Boston University professor and open anti-Semite Ibram X. Kendi, is to make race the organizing concept of every aspect of American society.

As with the fallacious work of the Times' "1619 Project" and its author Nikole Hannah-Jones, these efforts are not only focused on making the objects of its pedagogy — both those in school and adults who are being dragooned into mandatory corporate or government training sessions — but to think of the United States as a racist nation in need of re-education. The organizing principle of this theory is that all people are categorized by their race, and labeled either as victims or beneficiaries of "white privilege" who must acknowledge their complicity in the crimes of the past and the alleged injustices of the present. It seeks "equity" rather than equality so as to justify the indefensible and illogical notion that racial discrimination is required to eradicate racism.

As with other radical ideas associated with the Black Lives Matter movement that migrated from the margins of society to the mainstream, these programs demand not just a hearing but unquestioned obedience. Those who question the premises of the programs are automatically deemed racists who must be forced to acknowledge fault in the manner of the "struggle sessions" of the Chinese Cultural Revolution and/or purged.

That's why it's so vital to resist their imposition. Once put in place, they are totalitarian in nature and work to change not just the nature of the conversation about race but also who may speak about it.

It is unfortunate that this issue quickly became politicized but in a country where politics has infiltrated every sector of society perhaps that was inevitable. By the end of last summer, it became one in which Republicans and conservatives were lining up behind Trump's executive order against imposing critical race training in government agencies, and Democrats and liberals immediately and wrongly assumed they should defend these programs.

As the country became even more polarized by the presidential election and its aftermath, it also became apparent that the spread of critical race theory in school curricula was not some marginal phenomena but happening across the nation without debate or proper vetting. Parents saw their children were being subjected to fundamentally illiberal ideas about race and liberty, and being told that to question them was to risk being falsely labeled as a white supremacist. While they are told by the talking heads that they don't understand the issue, there is no mistake about what is up for grabs in this controversy.

Jews, like other Americans, have an interest in opposing these toxic ideologies — let alone their imposition on our educational system. The Jewish community ought to be particularly alarmed not only by the spread of such curricula, but also the effort to demonize those citizens with the temerity to stand up to the intellectual thugs who are behind them.

As we have seen in recent weeks in the wake of the latest fighting between Israel and Hamas, there is a direct connection between the acceptance of intersectional and critical race theory ideas and anti-Semitism. Those in Congress, the media and in the academy who are championing notions of white privilege and seeing race as the defining element of society are the same people who claim that Israel is an "apartheid state," and that the Palestinian war to destroy the one Jewish state on the planet is a struggle against racist oppression. The distance between those lies and Jew-hatred is short; it is not surprising that acts of intimidation and violence, first on college campuses and now on the streets, have followed.

That ought to mean that those tasked with opposing anti-Semitism ought to be at the forefront of the effort against critical race theory education. Sadly, not only is that not the case, those agencies most vocal about the issue are lining up with the racial ideologues allied to the Black Lives Matter movement, not the parents, both Jewish (such as Elana Yaron Fishbein, who organized the No Left Turn in Education group) and non-Jewish in school districts around the country. The ADL opposed Trump's executive order against race training and has continued to help demonize those opposed to such efforts. The same is true of the JCPA, the umbrella group of Jewish community relations agencies.

If there is anything we have learned in the last year, it is that critical race theory is an all-purpose permission slip for Jew-hatred. Since the divide on this issue has become one largely characterized by partisan affiliation, the ADL, the JCPA and many other liberal Jewish groups have lined up in favor of it and, more importantly, against those who oppose it.

This is madness. It is imperative that Jews join the movement to stop the twisting of American education in such a way as to undermine the cause of liberty, as well as endanger Israel and the Jewish community. That those who are supposed to be defending the Jews feel more comfortable accepting the partisan conventional wisdom about race theory is both a scandal and a tragedy.