A used-car salesman tried to scam New York out of $45 million for N95 masks he didn't have, feds say 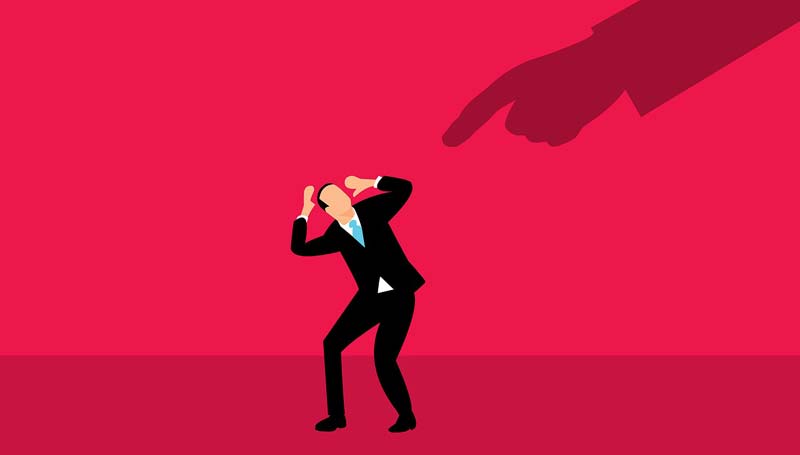 Just before the pandemic unleashed a crisis on New York, a used-car salesman in Manalapan, New Jersey, started seeing dollar signs. If everything went according to his audacious plan, Ronald Romano told his business partner, "you might be buying a Ferrari," text messages obtained by federal authorities show.

The car salesman had no experience selling surgical-grade face masks. But in March, as the novel coronavirus began upending life in the United States, federal prosecutors say Romano assembled an unlikely crew of brokers and business partners to work toward an even unlikelier goal: selling about 7 million surgical-grade face masks to New York for more than $45 million.

It was a more than 400% markup from the market price.

Perhaps even more unlikely was that Romano even got close to a deal, allegedly claiming to be an authorized distributor of 3M's N95 respirator masks. But in the end the deal never materialized because of one major hole: There were never any masks.

Romano, the feds said, had absolutely no way to provide them.

Romano, 58, was charged with wire fraud in the $45 million scheme that dragged New York through a largely fictitious negotiations process with the salesman's brokers, according to the U.S. attorney's office for the Southern District of New York. It was what U.S. Attorney Geoffrey Berman called a brazen scheme to prey on New York in its most dire time of need, a dramatic example of how price gougers have tried to scam desperate local officials and health-care workers into paying any price to protect themselves on the front lines.

"As alleged, used car salesman Ronald Romano saw the current health emergency as an opportunity to cash in, using lies and deception in what he envisioned as a get-rich-quick scheme," Berman said. "And he allegedly offered to sell this phantom equipment to the City at grossly inflated prices. Now Ronald Romano's short-lived second career as a purveyor of vital protective gear is over."

An attorney for Romano could not immediately be reached for comment.

Romano's arrest is part of a crackdown by the Justice Department on coronavirus-related scams that Attorney General William Barr ordered earlier this spring. As part of that same crackdown, another alleged price gouger, New York pharmacist Richard Schirripa, was also arrested and charged with hoarding and price gouging N95 masks, which he sold to doctors and funeral homes for up to $25 each, approximately 20 times more expensive than 3M's price.

He became known as the "Mask Man" to his customers - meeting them on the street or in parking lots so that he felt "like a drug dealer standing out here," as Schirripa remarked to one undercover federal agent buying his masks. The desire to profit off the public health crisis was also evident in communications seized by authorities in Schirripa's case.

"Let's flip this s--- and make stupid money," his unidentified bulk mask supplier wrote to Schirripa in a text message in March, according to the complaint.

In Romano's case, the car salesman fell under investigation by both New York and federal authorities after 3M informed authorities that, in fact, Romano had absolutely no connection to the company and was certainly not authorized to be distributing its masks.

His alleged scheme materialized during a time when health-care workers started having difficulty obtaining enough personal protective equipment to help them care for covid-19 patients. So Romano, allegedly believing he could obtain enormous amounts of masks and sell them at a markup price for profit, set out to find a manufacturer somewhere in the world that could supply the respirators, according to the complaint.

Romano's business partners were ragtag group of entrepreneurs - including an unidentified "former minister of foreign investment for a European nation," which the New York Times identified as Macedonia. The group attempted to purchase masks in bulk from companies including a Mexican manufacturer, an unidentified "hedge fund," a Peruvian exporter - which Romano later realized might be a fraud - and finally, even 3M itself.

The former minister, a friend of Romano's, agreed to help broker sales for Romano, but expressed serious concern on multiple occasions when the car salesman shared the prices he intended to charge potential buyers, including New York City and the Florida Division of Emergency Management. The minister called the prices "outrageous," according to the complaint.

"Look, I really have a problem with the pricing," he wrote in one email to Romano in early March. "It's one thing to charge . . . 25-30% more than the usual price - but here you are charging around 260% . . . I feel like the prices you have sent me are taking advantage of people."

Romano pressed forward. "I think we are finally at a point of desperation where institutions and governments are willing to consider our pricing," he wrote on March 22, according to the complaint.

New York was, in fact, willing to consider Romano's prices, if he could bring them down a bit, emails included in the complaint show. The city was in talks with two of Romano's brokers, who allegedly provided a false document created by Romano claiming to be an authorized 3M distributor.

But as the month wore on, the reality was apparently setting in for Romano that he still had no real contract with any major mask manufacturer. So Romano tried one more: 3M. The company sent Romano's business partner away with a single email, saying that it doesn't do business with unauthorized distributors, according to the complaint.

Still, as New York procurement employees asked Romano's brokers for their "best and final offer," Romano allegedly still kept up the ruse. He even provided fake references to the city's procurement specialists, as they sought to verify that his company was legitimate. One was his own co-conspirator, according to the complaint. Another was the Florida Division of Emergency Management - which Romano falsely claimed to have provided millions of dollars worth of masks, the complaint alleges.

But Romano apparently could not clear the final hurdle of New York City's negotiations process: The city wanted to reach out to 3M itself to confirm the business relationship.

"Yikes," Romano told his business partner in an email after learning New York would be contacting the company.

"Instead of reaping millions of dollars, the scheme received a dose of old-fashioned, New York City skepticism from procurement specialists . . . when the City called the supposed manufacturer to confirm the astronomical asking price," Margaret Garnett, commissioner of the New York City Department of Investigation, said in a statement Tuesday. "The defendant's ruse unraveled, and these City workers proved that heroes have an array of titles."

3M has since sued Romano's company, Performance Supply LLC, in federal court, alleging it falsely presented itself as a 3M distributor and illegally used its trademark. A Manhattan federal judge has since issued a preliminary injunction ordering Romano to stop posing as an authorized distributor.