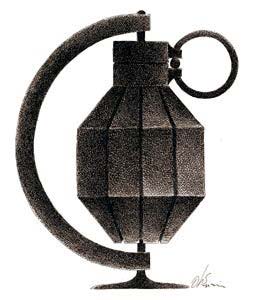 MOSCOW - U.S. intelligence assessments indicate that several American service members have been killed in Afghanistan as a result of Russian bounties paid to Taliban-linked militias. Russian officials have vehemently denied the allegations. But Moscow has been open about building ties with the Taliban to forestall the growth of the Islamic State in Afghanistan and Central Asia.

Here's what Russian officials and others say about their interest in Afghanistan and their links to militants there.

How is Moscow reacting to reports that it paid the Taliban to kill U.S. soldiers?

Zamir Kabulov, President Vladimir Putin's envoy to Afghanistan, on Monday called the intelligence "an outright fake, that even Trump and his administration has denied."

Kabulov, a former KGB agent who has played a role in Afghanistan since the Soviet war of the 1980s, said the aim of the intelligence reporting was to torpedo the planned 2021 withdrawal of U.S. forces from Afghanistan under the February agreement between Washington and the Taliban.

"It is clear that there are forces in the United States who do not want to leave Afghanistan, who want to justify their own failure," he said. "That's what this is all about."

The Russian Foreign Ministry said the intelligence was concocted by U.S. agents who "do not like that our and their diplomats have teamed up to facilitate the start of peace talks between Kabul and the Taliban."

What are Russia's goals in Afghanistan?

Putin's worldview is all about reviving Russia as a global power with clout in strategic regions such as the Middle East and North Africa.

Moscow wants to see Afghanistan stabilized so the Islamic State cannot establish a foothold close to its southern flank.

Memories in Russia of the grinding 1980s war, when the fight between the U.S.-backed mujahideen and the Soviet invaders cost the lives of at least 15,000 Russians, remain powerful.

Russia took a back seat during the U.S.-led invasion that toppled the Taliban after the attacks of Sept. 11, 2001. But Moscow was surprised when the Taliban seized the northern city of Kunduz from government forces in 2015. Alarm bells rang when some Afghan militias pledged allegiance to the Islamic State.

"What happens in Afghanistan matters to" Russia, he said. "Obviously, everything from the massive flow of heroin - remember, Russia has the highest per capita consumption rate of heroin. They're also worried about the spread of radical Islam into Central Asian states."

What's the relationship between Russia and the Taliban?

U.S. officials have accused Russia in recent years of funneling small arms and financial support to the Taliban.

"We know that Russia is attempting to undercut our military gains and years of military progress in Afghanistan and make partners question Afghanistan's stability," Gen. John Nicholson said in 2018 after stepping down as commander of U.S. and NATO forces in Afghanistan.

Russia believes the Taliban will control large parts of Afghanistan going forward and has on occasions invited its representatives and other senior Afghan figures to Moscow for talks to try to kindle a peace dialogue.

Kabulov said in 2015 that Russia had opened communication channels with the Taliban.

"The Taliban's interests objectively coincide with ours," he said, noting that the Taliban did not recognize the Islamic State. "There is no doubt that the Islamic State is training militants from Russia in Afghanistan as part of its efforts to expand into Central Asia."

In 2018, Kabulov said the Taliban was an indispensable player in Afghanistan, controlling more than half the country and building its own power structures. Putin said any peace process had to take the Taliban's interests into account.

"Russia wants to be a player in Afghanistan, and that means dealing with the Taliban," wrote Arkady Dubnov, analyst with the Carnegie Moscow Center. "Practically all the territory of Afghanistan, except for its large cities, is now controlled by the Taliban."

Still, it's a leap from fostering ties with the Taliban to paying bounties to kill U.S. soldiers. A National Security Council spokesman has said the veracity of the intelligence is being checked.

"It's hard to see quite why the Russians would have done this," Galeotti said. "I mean, obviously people can be stupid, but you would have to be an incredibly dim intelligence officer or higher-level executive within an intelligence agency to think that this was not going to become publicly known."

What do we know about the unit reported to have offered bounties?

According to The New York Times, which first reported the revelations, Russian military intelligence (GRU) Unit 29155, which has been accused in assassinations on foreign territory, sabotage and at least one coup attempt, was behind the bounties.

Bellingcat, an online investigative team that has exposed Russian GRU operations, linked Unit 29155 with the 2018 assassination attempt of former Russian spy Sergei Skripal and his daughter Yulia using the nerve agent Novichok. It reported that Unit 29155 was behind two assassination attempts on Bulgarian arms dealer Emilian Gebrev and two other Bulgarians in 2015 and a thwarted coup in Montenegro in 2016.

In February, Bulgarian prosecutors charged three Russians in absentia in the poisoning of Gebrev.

Bellingcat reported that one of the unit's operatives spent time in Switzerland shortly before the computer of a senior FIFA anti-doping official based in Zurich was compromised by GRU hackers.

Some have called Unit 29155 sloppy and reckless. But its commander, Maj. Gen. Andrei Averyanov, was awarded the Hero of Russia medal, the country's highest military honor, in 2015. Two officers accused of traveling to Britain to carry out the Skripal attack are also Heroes of Russia.

Putin spoke about the GRU at a 2018 ceremony to mark its centenary. He compared its operatives to the Red Army spies of World War II and called them highly professional, courageous and decisive.