Religious Freedom Can't Depend on a Whim 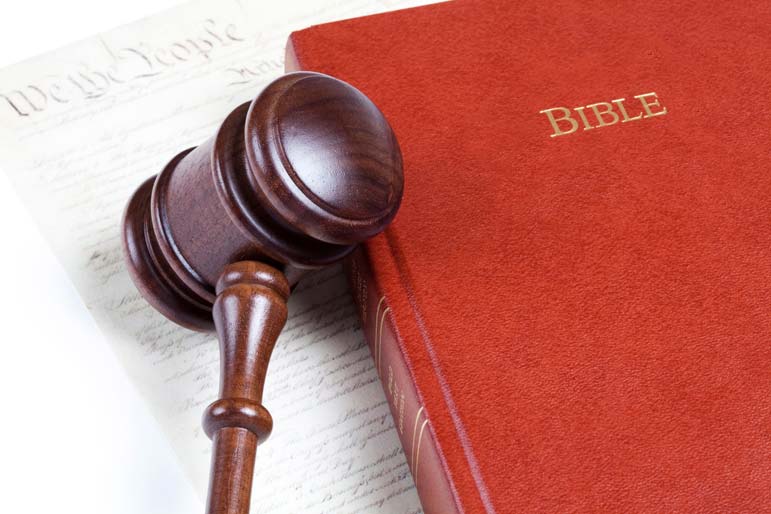 The U.S. Supreme Court may hand down a ruling as early as today on whether state bans on same-sex marriage are unconstitutional. If, as expected, the court rules that there is a right to same-sex marriage, then this event will be rightly seen as a benchmark in the country's legal and cultural history.

The result will mark society's full acceptance of gays rather than seeing them as a minority to be tolerated. Indeed, the culture has changed so much on this point that it is likely that a same-sex marriage decision will be seen as the court merely catching up with the times rather than it being a pacesetter.

But the possible implications of such a decision reach beyond the question of allowing gay and lesbian couples to be married by the state. As the Court discussed during oral arguments in this case, a religious institution or school that was doctrinally opposed to same-sex marriage and forbade such living arrangements for their students and faculty, it might lose their tax-exempt status because of what would be seen as morally equivalent to racist codes.

If so, and there is very good reason to think that it will be an issue, then what we are about to embark upon as a society is not just an era of acceptance for gays that the vast majority of Americans supports but also one of intolerance for religious conservatives.

"In the Bob Jones case," Justice Samuel A. Alito Jr. said, referring to the 1983 Supreme Court decision, "the court held that a college was not entitled to tax-exempt status if it opposed interracial marriage or interracial dating. So would the same apply to a university or a college if it opposed same-sex marriage?"

Yes, it is, and it is not one that liberals are comfortable answering honestly at the moment. One response tried at one and the same time to quiet such concerns while also highlighting the rather sketchy notion of religious freedom that underlies liberal discourse on the issue:

Douglas Laycock, a law professor at the University of Virginia, said Mr. Verrilli's response to Justice Alito was ill-considered. "Church leaders are worried about this," he said, particularly because "there is a certain obvious logic" to Justice Alito's question.

But he added that it was unimaginable that any administration of either party would try to deny a tax exemption anytime soon to a religious institution based on its views on homosexuality. "When gay rights looks like race does today, where you have a handful of crackpots still resisting," he said, "you might see an administration picking a fight."

Religious institutions shouldn't be calmed by such a prediction. It may be that even the Obama administration would not seek to lift the tax-exempt status of Catholic, Mormon, evangelical or even Orthodox Jewish institutions over their rules about gay relationships. But that is merely a momentary pause.

The furious reaction from the mainstream liberal media to the debate over the Indiana Religious Freedom Restoration Act should have alerted us to the fact that granting legal protection for gay couples to marry wasn't the sole objective of its advocates. If a religious baker can be hounded out of business because he doesn't wish to be part of gay wedding, then the time is not far off when respected religious institutions may similarly be labeled as no better than a racist who opposes relations between whites and blacks.

If the only thing preventing that is fashion rather than a firm legal principle, then no church, synagogue or mosque, or related school or institution is safe from being proscribed on account of the principles of their faith.

It must be asserted that you don't have to oppose gay marriage to be deeply concerned about this very real possibility. Indeed, those who wish for a transformation of our society into one in which such marriages are commonplace would do well to seek to ensure that this change is accompanied by legal protections for believers lest gay rights be turned into an inquisition in which the believers are hauled into the dock for their faith.

Can we have gay marriage while also ensuring religious freedom? The answer to that is an obvious yes. Religious freedom statutes must be passed and upheld that will protect the right of believers and their institutions to practice their faith openly without discrimination by a government that now also protects the rights of gays to marry. That is a good argument for RFRA statutes and/or gay marriage laws in the states that will protect both gays and conservative believers.

If not, what the Supreme Court will be doing will be to launch is into a bitter culture war in which the freedom of all to believe as they like will be called into question. The right to religious freedom guaranteed by the First Amendment is not supposed to be subject to the whim of the government of the day or even what is considered acceptable to popular culture at any given moment.

Liberals scoff when conservatives say religious freedom is in peril, but the far-reaching nature of a potential court decision on gay marriage illustrates that this is no far-fetched scenario.

We are approaching the moment when a great many religious institutions are going to be forced to choose between their faith and the need for government aid or relief from taxes.

That is a question no American faith, no matter how out of touch it may be with the zeitgeist, should ever be forced to answer.