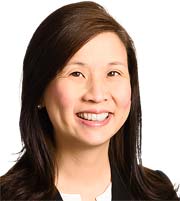 I began playing golf in junior high. But I didn't meet another female golfer until I was in Division I Intercollegiate golf in the early 1990s.

Blessed with a father who wasn't embarrassed to take his daughter out on the course, I was introduced to the sport when most players were men. Though more than 20 years had passed since Congress passed Title IX, women were still nearly invisible on golf courses when I was growing up.

Title IX required schools to establish separate women's sports teams to receive federal funding. That increased funding led to an explosion in female participation, from 1 in 27 girls before Title IX to 2 in 5 girls now â€” a 900 percent increase.

The benefits should be obvious. Not only do girls who play sports stay in school longer and suffer fewer health problems, research shows that 94 percent of female C-Suite executives played sports.

But Congress will vote this week on the Equality Act, which in the words of Duke Professor Doriane Lambelet Coleman "will be the end of girl's and women's only sports."

Why? Because he Equality Act would redefine sex in the 1964 Civil Rights Act, basing it not on biology, but on self-perceived gender identity.

Female athletes nationwide are already losing to males who argue that sex-segregated sports is unfair discrimination. But athletes who identify as the opposite sex aren't excluded from competing against their physical equals. Instead, they are seeking to compete in categories created to provide an equal playing field for all athletes.

In 1967, organizers of the Boston Marathon believed women were incapable of running 26 miles, until a woman proved them wrong by fighting off race security to cross the finish line. Last year, 11,639 women completed the race.

But when the world-record holder Paula Radcliffe learned about the Boston marathon's new transgender policy, she objected.

Opening women's qualifying times up to any male who "self-identifies" as female is unfair, she noted, because the end result will be that female qualifying times are made harder due to the added numbers achieving them."

The Equality Act isn't about including those who were unfairly excluded from sports. It's about meeting the demands of a powerful political group for unfair advantage. This politicizes sports, and there is no clear limit to where that will end.

Fairness requires that rules be based on physical realities. The Civil Rights Act addressed the illegitimate exclusion from educational opportunities on the basis of an immutable characteristic â€” race. But in sports, sex and age are two legitimate categories upon which rules should be based. Sex differences determine performance.

We should treat people suffering gender dysphoria with compassion and respect. But that doesn't mean legislators should pass laws that put female athletes at such a disadvantage.

Even some in the LGBT community, such as tennis great Martina Navratilova, recognize something bigger is at stake.

It comes down to a choice between politics and sports. Supporters of the Equality Act should listen to the female high school runners in Connecticut who describe losing to transgender athletes as "heartbreaking."

Will Congress turn the clock back by denying these girls the opportunity to compete against their own sex? Or can we keep politics out of sports so both men and women can play to win?

Emilie Kao is the Director of the Richard and Helen DeVos Center for Religion & Civil Society at The Heritage Foundation.