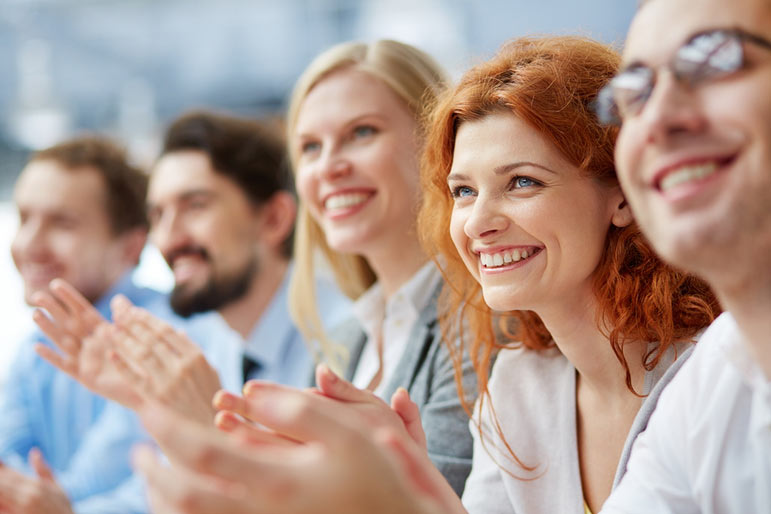 Forget about facts. All that counts is the right narrative. And why the role of government isn't to govern --- but to tell the correct story

I've been noticing the word narrative in the news a lot. Taken at face value, narrative means a particular interpretation or version of a story.

Ever since great ships took to sea, sailors on long voyages would spin yarns — tell long, often fantastical tales. Other than storms, pirates, or whales, the only breaks in the monotony at sea might be singing shanties or carving scrimshaw from whale's teeth. A good yarn spinner was a valuable mate on board. Accuracy wasn't important in spinning a yarn; the longer and more imaginative, the better.

William Safire defined the current meaning of spin as a "'twist,' or 'interpretation'; when a pitcher puts a spin on a baseball, he causes it to curve, and when we put our own spin on a story, we angle it to suit our predilections or interests."

When Safire told his future father-in-law that he worked in public-relations, he explained that his job was to modify people's "attitudes … at the introduction of persuasive arguments." His father-in-law-to-be "smacked his head and nodded ruefully, 'a Kopf-verdreher.'"

There's an old proverb: "If a fish stinks, it stinks from the head." So, to see spin in action, let's start at the top.

After the Democratic debacle of the midterm elections, President Obama took the blame for his party's political defeat. "I think there are times … where … we have not been successful in going out there and letting people know what it is that we're trying to do and why this is the right direction. … So there is a failure of politics there that we've got to improve on."

He went on to say, "I think that one thing that I do need to constantly remind myself and my team of is, it's not enough just to build a better mousetrap. People don't automatically come beating to your door. We've got to sell it."

During his own re-election campaign, President Obama told an interviewer:

"The mistake of my first term … was thinking that this job was just about getting the policy right. And that's important. But the nature of this office is also to tell a story to the American people that gives them a sense of unity and purpose and optimism, especially during tough times."

Let's play that back: "But the nature of this office is also to tell a story to the American people …" [emphasis mine].

That seems to mean that it is the job of the president of the United States to make up a story to inspire the people.

The truth of that story may be irrelevant. The story could be purely speculative fiction — "a catch-all term meant to inclusively span the breadth of fantastic literature, encompassing literature ranging from hard science fiction to epic fantasy to ghost stories to horror to folk and fairy tales to slipstream to magical realism to modern myth-making …" (Speculative Literature Foundation).

In other words, the job of the president is "modern myth-making."

That calls to mind an election-year Walt Kelly cartoon (The Pogo Party, 1956.)

"If you wants to git elected you gotta think up somethin' to say after you is in office so's history books'll have a big memorable homily to pester kids into memorizin' even if they don't know why you said it. …"

NOTE: This is a non-partisan column. It is not an endorsement of — nor endorsed by — any elected official, candidate, political party or PAC, nor of their supporters or opposition.

My interest is in language, not politics. The verbal abusage I'm talking about is endemic to politicians of all parties and persuasions. It comes with the territory. I pick on the president's words only because they are a perfect specimen of a verbal virus that infects information systems and wipes out memory and meaning.

Less eloquent, but more memorable, was President Richard Nixon's assertion: "I am not a crook!"

Al Capone, who was a crook, had more style. When the police grilled him about bootlegging in Canada, Capone responded,

"Canada?! I don't even know what street that's on!"

Okay, Schiller, why are you so worked up? This is old news. In 1946, George Orwell wrote, "The great enemy of clear language is insincerity. … Politics itself is a mass of lies, evasions, folly, hatred, and schizophrenia. When the general atmosphere is bad, language must suffer."

Today, however, I fear even Orwell might agree something has changed. And not for the better.


When Watergate overflowed, the news media — led by Washington Post investigative reporters Bob Woodward and Carl Bernstein — relentlessly dug for the facts. And they brought down a president. Where are today's investigative reporters? The media today sit around and listen to the administration's stories like children at bedtime. The narrative lulls the press to sleep like a lullaby. And they join in on the chorus.

As a word-worker, I worry when the media raise the deceit ceiling … and the credit rating of words gets downgraded to junk status.

What troubles me more, though, is the co-opting of the very power of narrative. Stories help define who we are. Our first memories are of our mothers and fathers reading us stories.

The Torah is framed in stories. The Ramban (Nachmanides), based on the Midrash Tanchumah, tells us"Maaseh Avos siman labanim" — everything that happened to the Patriarchs was a harbinger for their descendants. Their actions and experiences foreshadow the future. That is why the Torah goes into the minutiae of their travels and adventures.

The word maaseh means both a deed and a story. It is the stuff of our history and our lives.

The festival of Passover is more than just matzah, maror and macaroons.

It is the Birth of the Jewish Nation. And it is the festival of stories.

"And you shall tell your children on that day …" The continuity of the Jewish Nation depends on our continuing to tell the story. No matter how wise or how learned you are, the story must be told — so that it shall never be forgotten. And it must be told in all its transparent, unvarnished truth: "Mit'chilah ovdei avodah zarah hayu avoseinu — At first, our fathers were idol worshippers."

Novelists, psychologists and marketers all know the power of stories — the ones we hear and, especially, the ones we tell ourselves. Marketing sage Seth Godin writes in All Marketers Are Liars — The Power of Telling Authentic Stories in a Low-Trust World:

"Marketers aren't really liars. I was lying when I named this book. … They are just storytellers. It's the consumers who are liars. As consumers, we lie to ourselves every day. … Successful marketers are just the providers of stories that consumers choose to believe."

Here's the BUT … and it's a big one: If the storyteller doesn't deliver … if the product doesn't satisfy … the spell is broken. And then the story really is just a lie.

DISCLOSURE: I know whereof I speak. I am no stranger to spin and hype. I put English on the ball for 25 years as a PR and direct marketing copywriter — including 13 years of creating smoke and mirrors direct mail sweepstakes promotions. Never hustle a hustler.

Stories are vital; they impose the structure of plot on events. They give us a frame of reference to make sense of our lives. Journalists use literary narrative technique to help us better understand the news. As Jack Hart, managing editor and writing coach at The Oregonian, wrote in Storycraft:

"Storytelling has such wide application because, at its root, it serves universal human needs. Story makes sense out of a confusing universe by showing us how one action leads to another. It teaches us how to live by discovering how our fellow human beings overcome the challenges in their lives. And it helps us discover the universals that bind us to everything around us."

When you co-opt and subvert that power, you spread confusion. And you undermine trust and caring. When stories are used to cloud — instead of illuminate — reality, our whole world becomes darker.

What happened in Egypt during the Plague of Darkness? "There was darkness across all the land of Egypt — and no man saw his friend!"

The Alter Vorker Rebbe, zy"a, commented, "The worst kind of darkness is not seeing your friend."

However, the Sages tell us, even a little light dispels a lot of darkness. So let's light a candle for the cause … and tell a story.