Jews as the new WASPS: Why Anti-Israel Becomes Anti-Jew 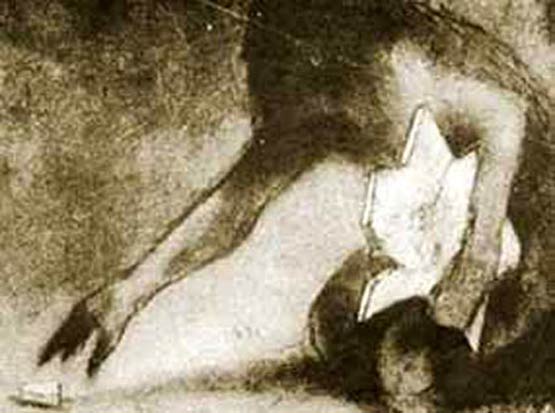 This past week, on both ends of the country, the BDS (boycott, divest, sanction) movement against Israel received a stern rebuke.

Several states around the country are passing laws that would bar their governments from doing business with companies that comply with boycotts of Israel. But in New York and California, the current debate is not about implementation of this economic war against the Jewish state but rather the way college campuses — including state-run universities like the University of California or the City University of New York or CUNY — have allowed the debate about Israel to turn into acquiescence for open expressions of anti-Semitism.

In New York, the legislature has cut funding for CUNY, though BDS was not the sole motivation. But in California, the regents of the state university system voted last Thursday to take a stand against what they termed “anti-Semitism, anti-Semitic forms of anti-Zionism, and other forms of discrimination.”

The measure was long overdue but pro-Palestinian and other leftist groups are blasting it as an attempt to stifle freedom of expression. They claim this simple sentence will make it impossible to criticize Israel and its policies. They are wrong about that. Israel is a democracy and, just like Israelis, those on campus can opine all they want about its government and all it does.

But what is at stake here is whether those whose purpose is to destroy the one Jewish state on the planet can pose as advocates for human rights while in engaging in hate speech against Jews.

In an era where the preservation of “safe space” for students against anything they might find objectionable, including subtle slights labeled “micro-aggressions,” political advocacy, or actual hate speech, there is one group that hasn’t gotten much protection: Jews. The reason for this isn’t much of a mystery.

In the context of academia, Jews are treated as the 21st century moral equivalent of WASPS and are therefore too secure and/or powerful to merit any concern for their rights, let alone their sensibilities.

To some extent, such complacency is justified. Unlike in Europe or most other parts of the world, the rising global tide of anti-Semitism hasn’t made much of an impact in the United States. American exceptionalism and the lack of a history of state-sanctioned anti-Semitism in this country has left Jews free to rise on their own merits finding acceptance in virtually every sphere of American society.

Jew hatred has largely been confined to the fever swamps of the far right and left. But there is one glaring exception to this rule: college campuses.

Anti-Semitism in academia has become an issue because the BDS movement against Israel has made it one. The efforts of pro-Palestinian students to delegitimize Israel have effortlessly slipped into a campaign to stigmatize and intimidate Jewish students and organizations. As the numbers of incidents of hate speech and intimidation grow, some Jewish groups and other fair-minded people are pushing back.

Groups like the AMCHA initiative and the Zionist Organization of America have documented many of the anti-Semitic incidents and cases of incitement against Jews associated with anti-Israel agitation. Jews have been subjected to every kind of insult and threat by those whose goal it is to wipe out Israel, often by promoting egregious lies about atrocity stories.

But we don’t really have to dig too deep into the files of incidents because we already know why it is so easy for BDS and pro-Palestinian advocates to slip into overt anti-Semitism. That is because, contrary to the University of California statement that was hoping to mollify some of the Israel-haters, there is no such thing as an anti-Semitic form of anti-Zionism.

All forms of anti-Zionism are anti-Semitic, no matter the identity of the speaker because to single out the one Jewish state and to deny its people the right to self-determination and self-defense in their ancient homeland is, in principle, anti-Semitic. Put simply, denying Jews these rights that no one would think of challenging for any other people, is an act of bias. Acts of bias against Jews are called anti-Semitic.

That’s why the line that supposedly separates traditional Jew-hatred from the cause of destroying Israel is so frequently breached by its advocates. They can’t help speaking this way because their goal is to deny Jews their human rights.

In order to justify this indefensible cause, they don’t merely resort to lies about Israel or ignore the fact that the Palestinians have been waging a century-long war to destroy the Jewish presence in the country and not merely to force it back to the 1967 lines. Like the Palestinian Authority and Hamas, which broadcast hate about Jews and praise for anyone that tries to murder a Jew, BDS supporters need to demonize the object of their criticism. And to do that, they inevitably use hate speech designed to marginalize and silence Jews.

Some BDS advocates assert that they just want Israel to end the “occupation” of the West Bank. But while one can support that cause, it is disingenuous to claim that supporting a cause whose purpose is to wipe out Israel even within the 1967 lines — as the Palestinians clearly wish to do — is merely a limited protest. BDS is not advocacy for a two-state solution. It is part of an effort to create a one-state solution in which Israel is eliminated. Anyone, including far-left Jews such as those in the anti-Zionist Jewish Voices for Peace group that claims otherwise, are either dupes or liars.

One may criticize Israel just as one may criticize the policies of the U.S. government. But those whose purpose is not merely to change Israel’s policies but to eliminate Zionism are targeting Jews. Just as one may study and discuss other forms of racism on college campuses, one may do the same about both Zionism and anti-Zionism.

But just as universities would take a dim view of groups that advocate racism like the Ku Klux Klan using their campuses as a platform for hate, so, too, should they think the same way about anti-Semitic groups. The same lesson applies to BDS groups whose cause is inextricably linked to Jew hatred.

Thankfully, the administration of some schools and the politicians that fund them are starting to recognize how serious this issue has become. As we’ve seen on campuses like Columbia, even liberal faculties are starting to wake up to the dangers of being silent as an anti-Semitic BDS movement gains ground. Those who excuse or even support acquiescence about this threat or that think it is wrong to urge Jewish students to stand up and confront the haters are making a mistake. When confronted with hate, there is no option but to fight back.