My elderly mom and her friends couldn't get coronavirus vaccine appointments, so they turned to a stranger for help. He's 13 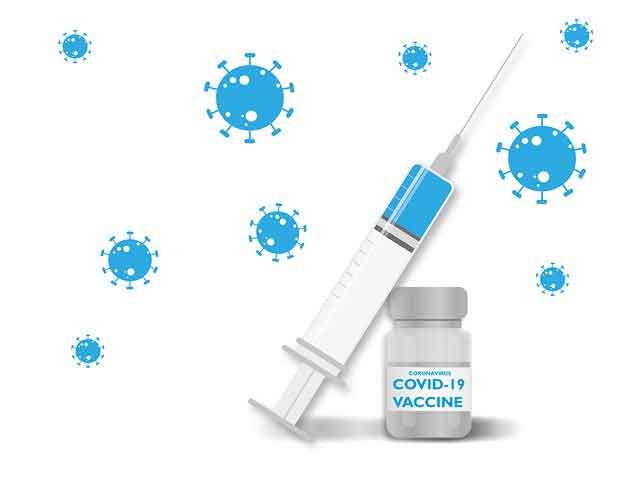 Senior citizens across the country have been wrestling with computer systems to sign up for coronavirus vaccines. My mother, who is 79, is among them. On a recent call from a suburb of Chicago, where she has been living alone throughout the pandemic, she sounded defeated.

"I'm trying to figure it out! I can't. None of my friends can, either," she said. She couldn't even explain the difficulty, just that it was hard.

Ours is a far-flung family. We speculated on options to help: Could my sister, a software engineer, take over using remote desktop control software?

Then my mother called back to announce: "I got the first shot!"

We were baffled. How did she even get the appointment?

It turns out a 13-year-old boy handled it for her.

"He got me one appointment, then he called back and told me, 'No, you don't want that one, they won't guarantee a second shot.' So he canceled it and found a better one. He's gotten appointments for all my friends."

For all her friends? A 13-year-old. I had to understand how this was happening, so I called him.

I reached him by phone in the Chicago suburb where he lives with his younger brother and parents. Eli, who didn't want his whole name used, had to check first with his mom whether it was OK to talk to me. We set up a Zoom call.

Meanwhile, I talked to another woman he'd helped.

"He's doing this just out of concern for others," she said. "It's not part of his business."

"Oh, he runs a tech support business, where he fixes problems with your computers and phones, and researches how to save you money on your cellphone plan. He's saved me, oh, thousands of dollars. Has his own website and everything."

"Yes, such a boy you never saw," she continued. "I went to his bar mitzvah, which was virtual because of the pandemic. He refused gifts and didn't want a party. He just wanted donations for a community composting program he's started."

"What makes him so good at getting vaccine appointments?" I asked.

"At my age, we're all slow at computers," she said. "So even if we find an appointment, and start to enter our information, it's gone. His fingers fly over the keyboard like wind. Did you know he's helping people in Florida now?"

The day I connected with Eli over Zoom, he appeared with tousled dark hair and a gangly build. He was disarmingly earnest. I was glad his mother had joined the call, because she, in her pride, coaxed out the stories where he was perhaps too humble to tell them.

They couldn't agree on how many people Eli had helped, for example. She thought 28, but he didn't want to count some who had canceled their appointments. "I didn't technically help them," he said.

When I asked how much time he was spending, he answered, "not much." His mother pointed out he'd been on hold on the phone for three hours the day before. "But I was doing other things during that time," he said.

He'd often have multiple browser windows open and constantly refresh them, but didn't count that time because it was while he was on Zoom for his eighth-grade classes. That his extracurricular activity as a vaccine appointment coordinator was going on during school hours came as a surprise to his mother.

I asked about what he thought gave him, a 13-year-old, an advantage. "Typing speed?" I suggested. He laughed. "No."

Then he thought. "Well, on some sites." He explained the various vaccine providers in Illinois, and what strategies worked for each - such as the Twitter accounts and aggregator sites that had briefly flourished and then been shut down for security violations.

Then he talked about Florida and Michigan, and the differences between county authorities and phone lines and wait lists and lotteries and - it became obvious what his advantage was. He could see systems. Understand them. Not game them - he wasn't hacking anything - but persevere, knowing how they worked, until they did work.

"Why don't you want your name used?" I asked. Talk about doing good deeds - didn't he want credit?

He pointed out that the internet has a way of generating both fan and hate mail - neither of which he wants. And he doesn't have the capacity to help more than five or six people at a time, and he has more than that on his list. He's still a kid who needs to keep his focus on school.

More surprisingly, and to his credit, he saw the problems of equity and was aware of the phenomenon where more affluent White people snag vaccination appointments in poorer communities of color. He chose his sites carefully, to avoid reducing availability for the vulnerable. His efforts had to be limited ones.

Astonished by his political awareness, I asked, "So what can fix this vaccination rollout?"

As I asked the question, I realized, with surprise, that over the course of our conversation my stance had shifted. I was no longer asking questions out of a sense of the novelty of talking to a 13-year-old on the subject, but out of the desire for an expert opinion.

All bar mitzvah boys say the words, "Today I am a man." This kid was an actual mensch.


In response to my question, Eli looked, for the first time, frustrated.

"Honestly, what the providers need to do is just create phone systems for the elderly who don't have access to the internet."

Immediately, though, he realized the problem of such a system - the endless queues, people calling in simultaneously on a dozen devices, enlisting their friends to call - and he trailed off.

He circled back later to the idea that he might build a website to help more people find appointments. But fundamentally he has come to the same conclusion most analysts have. "There needs to be a national, coordinated system. That would help."

He sighed, in acknowledgment, perhaps, of all the levels of governmental and societal screw-up that had led my mother and others like her to have to turn to him in the first place.

He clarified his suggestion: "If it's done right."