Trump Plaza was blown up in Atlantic City, and D.C.'s 1st Amendment display is in pieces 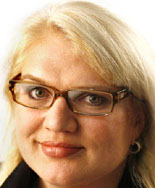 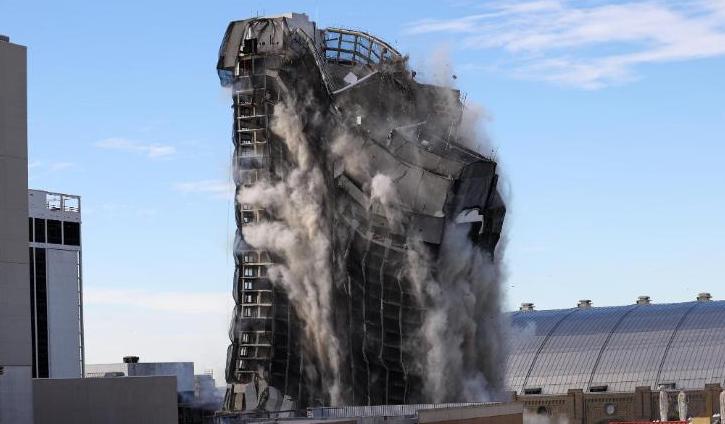 Sometimes, change in an urban landscape is cause for celebration.

Like in Atlantic City this month, when the decimated town rid itself of the last trace of former casino owner Donald Trump's reckless and overextended occupancy.

The implosion of the decaying Trump Plaza just after 9 a.m. on Ash Wednesday sent up clouds of dust, smoke and ash as well as cheers and a chorus of car horns.

Folks paid $10 a car to park in the lot with the best view. Neighboring Caesars Palace offered front-row rooms as part of an "implosion special." There was even a bidding war for the right to push the button. (Though that ultimately felt too gauche, even for the seaside resort known for its flamboyance, and officials canned the idea.)

It was a belated Mardi Gras.

But in D.C., recent and equally momentous changes in the urban landscape got no fanfare.

And I'm not even talking about the dystopian decor of fencing, razor wire and troop presence around the Capitol, Trump's legacy in the last town he occupied.

No, on the same day that Atlantic City partied over demolition, Washingtonians lamented the first steps in the dismantling of an architectural feature that had become an iconic site in the capital: the First Amendment to the U.S. Constitution, carved in Tennessee marble on the front facade of the now-closed Newseum.

"It's too symbolic," said a jogger who passed 555 Pennsylvania Avenue NW, as he looked up and noticed the huge panels missing from the 75-foot outer wall.

"Congress shall make no law respecting an establishment of religion, or prohibiting the free exercise thereof; or abridging the freedom of speech, or of the press; or the right of the people peaceably to assemble, and to petition the Government for a redress of grievances," the panels had said since 2008.

Now several have been taken down, and the rest will be gone in March, as Johns Hopkins University prepares to move its Washington-based graduate programs into the building it bought from the Freedom Forum two years ago.

With "Cong," "ake," "pet" and other chunks missing, it's a Wheel of Fortune puzzle with no Vanna White in sight.

The Poynter Institute called the removal "a heartbreaking symbol . . . A troubling reminder of how many Americans now view the media and the freedom of the press, wouldn't you say?"

But Johns Hopkins says the grand display is "a museum artifact and was not part of the sale of the building.

"As part of the extensive renovations to the facility, the tablet will be removed in March, and all artifacts owned by the Freedom Forum are being temporarily relocated to off-site storage," university spokesperson Jill Rosen said.

The Freedom Forum promised they won't let it stay in storage for long. It'll be on another building soon, a spokesman said.

When the Newseum opened in such a prominent location, halfway between the White House and the Capitol after being tucked away across the Potomac River in Rosslyn, Va., for 11 years, it was an important statement of our most fundamental freedoms.

Never mind that the move happened just as the long-standing structure of the news business was crumbling.

It was an inspiration to truth, freedom and the mission of free speech even as newspapers folded and jobs were cut.

After 10 million visitors over 11 years, however, the Newseum closed too, racked by financial woes.

"It's super-important for us to display it," said the forum's spokesman, Jonathan Thompson.

"Across from the Trump hotel," said a few people I surveyed this week.

"On the mall," another said.

"In every classroom in America," someone else told me.

"Fake news!" said the lone skeptic, a reminder of the forces undermining journalism in the first place.

"It should be displayed at the entrance to the Capitol," said Doug O'Connor, a saxophonist with the U.S. Army Band, whose idea was one of my favorites.

But why even display it at all?

Because it's not only the news business that's in real danger. The cultural shift in America - the people who want to silence protesters, who disrespect the integrity of professionals risking their lives to tell truth, the millions who believe propaganda over fact - don't understand the First Amendment is in danger, too.

I watched self-proclaimed patriots on their way to storm the Capitol on Jan. 6, seemingly confounded by some of the amendment's 45 words.

"Woo hoo!," yelled a platinum blonde woman, having read the amendment only up to the "religion" part. She took a few pictures of it.

"Do y'all know who said that? Whose quote is it?" she asked some of her friends. They had no idea.

This same group yelled "Fake News!" at a film crew asking to interview them that day.

The Freedom Forum said their monument to freedom of speech won't be on display in D.C. And that's OK. Because the amendment needs to be on display everywhere - government buildings, state capitols, town squares and in classrooms.

Previously:
• Back to class might not mean back to socializing
• Does the pandemic mean the end of snow days, too?
• To get votes, families are cutting deals
• A nation less divided than it seems
• Vacation shaming travels far and fast
• Meet the 16 year-old who created Bird Bot, which is disrupting a global market
• The woman behind Roe v. Wade reveals in soon to be aired documentary she was a fraud --- others will probably call her much worse
• The weekend when we all had enough and went back outside
• The streets are empty, but Home Depot isn't
• 'Animal Crossing' is 'Fortnite' for moms. The video game couldn't have come at a better time
• 'This can't be the end:' How small gestures can help small businesses in a big way
• Will coronavirus intimacy lead to a baby boom? Or a divorce tsunami?
• This scammer called the wrong guy asking for money
• High schools are starting to bet on esports --- to engage and motivate
• Washington's Worst civic idea ever? Giving regular people power to issue parking tickets
• Washington's city of strivers, and the places they sob
• Do all those kids really like eggs? Or do they just like fame?
• Trump and the 25th Amendment: Why it was written and what it can't do
• The IRS seized $59,000 from a gas station owner. They still refuse to give it back
• Breast-feeding case is a win for fathers, formula
• Nazis flags in Charlottesville were an affront to WWII veterans. And they fought back
• A 13-year-old's online fantasies turn fatal