Washington's city of strivers, and the places they sob 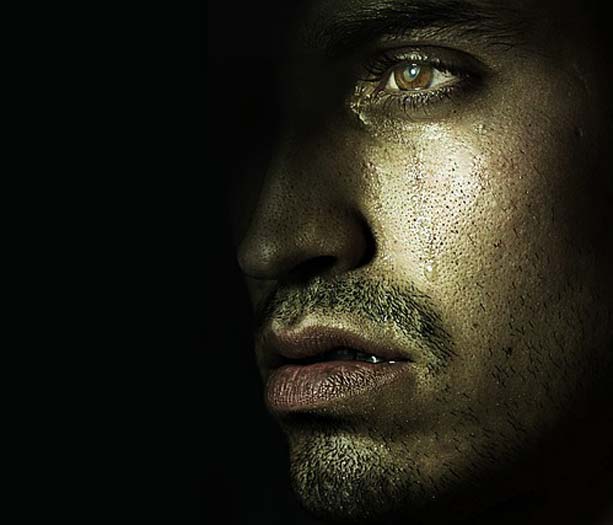 Mostly, it's the young and ambitious strivers, the fired-up idealists, the aspiring disrupters who move to the nation's capital.

And once they get to the District of Columbia, they are looking for a special place. To cry.

You'll find them on the Metro, on that single little tucked-away seat on the old train cars. On any bus, while wearing sunglasses. On a park bench in Washington's Dupont Circle. Anywhere in Rock Creek Park.

These are some of the places that the stressed-out, angry, sad and overwhelmed go to cry in Washington, according to one of the most entertaining, salty and emotional threads to pop up on Reddit in a while: "Best places to cry in DC."

Why all the tears?

"This is a young and anxious city. And tons of us are transplants, especially from suburban areas, meaning there's a whole different environment and lack of social support structure, plus the whole east coast high-strung/unfriendly vibe, plus pressure to do well at whatever our Extremely Important Jobs are," was the earnest and honest advice that an online sage gave to the folks confessing their secret sobbing spots.

So where else can you do this in the D.C., besides that last stall on the right in The Washington Post's eighth-floor bathroom? (Could anyone hear me?)

A corner in Northwest Washington is, on Sunday afternoons post-brunch, "the crying corner," according to one post.

A resident of that hipster, craft cocktail and condo corridor reports that he "routinely hears people of all genders and orientations having a meltdown after six too many bottomless mimosas."

And, of course, "Capital One Arena. Definitely done that a few times . . ."

National Cathedral is among the many houses of worship cited as excellent crying venues.

"I am sadly speaking from experience: churches are the best public places to privately cry," one tear-jerker wrote. "You may even get a stranger to pray about your stupid BS."

But all snarkiness aside, there is something poignant about a city full of leaders and achievers who need somewhere to sob.

Tom Hanks tried to tell us there's no crying in baseball.

But crying in politics? Sure!

Ask John Boehner about that. The famously teary former House speaker cried when he was with the pope, when he did an interview on "60 Minutes," when he met kids, when he became House Speaker, when he stopped being House Speaker. He cried often and in public. Why?

Scientists are still chasing the mystery of humans and their emotional tears. Are they sticky and viscous so they stay on our faces longer to signal other humans that we need help? (Gasp! This is exactly why we have sunglasses on, to avoid this.)

Do they contain toxins and negative proteins to flush our angsting bodies of these impurities? (Research by top tear neuroscientist at the University of Minnesota William H. Frey says yes, other researchers say no.)

Are they simply useless? (Darwin.)

Is their sole purpose to manipulate others? (Jonathan Rottenberg, psychology professor at the University of South Florida. My husband believes this, too.)

Is it because their saltiness cuts the sweetness of that pint of chocolate fudge brownie ice cream you're crying into?

Whatever. We all know that tears come from something else gnawing at us.

And when you're in a city that has more sharp elbows than soft shoulders, getting help with emotional issues isn't always easy. And many of us, especially women, don't have the luxury to sob at work John Boehner-style.

Still, this is a nation and a capital with a lot of pain on the inside.

More than 44 million adults in America have some kind of mental health condition, according to the 2019 Mental Health in America report. That number isn't changing much, but the organization did find that both suicidal ideation (thoughts as well as plans) are rising in adults and major depressive episodes are on the rise among younger Americans.

And that Reddit user who explained the anxiety of young Washington nailed it in the next observation.

" . . . I've seen plenty of people walking and crying. Or having anxiety attacks," the writer said. " It's also really difficult to find a therapist accepting patients here."

Nearly 75% of Americans who are looking for mental health care believe it's inaccessible, according to a recent report from the National Council for Behavioral Health.

And that lack of access spans the socioeconomic spectrum, including issues about coverage and cost and problems with availability, as we see in the District.

And that's pretty ridiculous given the one, clear epidemic we see in America - suicide.

We are witnessing an alarming and historic rise of suicide in this country; it is the second-leading cause of death in young Americans 10 to 34 years old. Across all ages, the rate has increased by 30 percent over the past two decades, according to the American Psychological Association.

Needing a good cry doesn't mean you're suicidal of course, but it does signal emotional distress. Which brings us back to that Reddit conversation.

The person who first asked the online universe for help circled back five days later and explained the need for a crying corner.

"omg. didn't expect this post to go anywhere at all.

"just stressed and the therapists I called didn't call back and now I have abandonment issues . . . but we're making it work. everyone (mostly) has been so kind. thanks!!"

Previously:
• Do all those kids really like eggs? Or do they just like fame?
• Trump and the 25th Amendment: Why it was written and what it can't do
• The IRS seized $59,000 from a gas station owner. They still refuse to give it back
• Breast-feeding case is a win for fathers, formula
• Nazis flags in Charlottesville were an affront to WWII veterans. And they fought back
• A 13-year-old's online fantasies turn fatal