Outrage culture is out of control 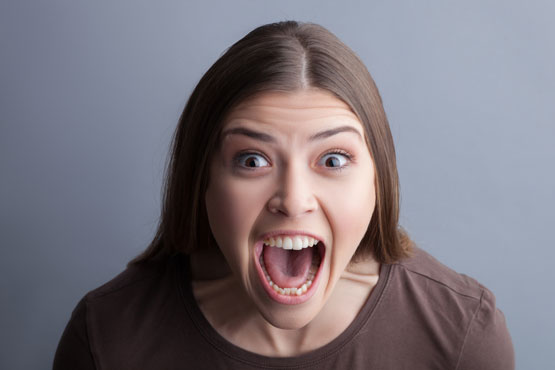 It was 9:30 at night when my husband slid his iPad across the bed to me. On it was an email an ex-employee had sent to current and former staff of his coffee-roasting company in Portland, Ore.

The ex-employee explained that a new YouTube series I was hosting, #MeNeither Show, in which another journalist and I discussed, among other topics, some excesses of the #MeToo movement, was "vile, dangerous and extremely misguided."

She considered the show hostile to assault survivors, and felt it her duty to alert several newspapers that my opinions posed a potential threat to my husband's female employees and the community at large.

I told my husband it would blow over. After all, there was no suggestion in the email that he'd ever been inappropriate; only that my views were dangerous. And I hadn't worked in the business in anything but a supportive capacity for two years.

I couldn't have been more wrong.

It blew up, and in less than a month, a 15-year-old business with a spotless track record is now in danger of collapse. Baristas quit and wholesale accounts fled, their unease fed by a local press that keeps banging the drum.

This is the current pitch of outrage culture, where voicing an opinion someone says she sees as a threat qualifies you for instant annihilation, no questions asked. Why ask questions, when it's more expedient, maybe more kickass, to turn anything you might disagree with into an emergency?

A sense of emergency is what people on all sides have developed an addiction to. Show us the next person to hate and we are so there; we take an animalistic pleasure in destroying the kid in the MAGA hat, in fashioning a decades-old interview with John Wayne into a knife with which to posthumously eviscerate the actor. And then we look for the next target.


Because we need that next hit, we need it right now. Being in a constant state of emergency — a condition in which people notoriously make terrible decisions — is like having a fire raging inside the body, one that needs to be fed. It needs new fuel, and so we seek new enemies.

Meanwhile some of us are watching from the sidelines, trying to stay out of the way, hoping not to be next. (Good luck with that.)

Maybe the fractiousness in which we are currently living, people sectioning themselves into smaller and smaller tribes, is a side effect of the addiction. It needs an unlimited supply of people to hate, and the smaller the in-group, the larger the potential enemy pool. That this creates rancor and instability for everyone is a price addicts are willing to pay; indeed, it may taste like victory.

While those engaging in these fights may be a tiny but vocal minority, they are nevertheless a contagion. They value feelings over facts. They reject direct confrontation, preferring to scrap it out online or letting the media do their work for them. Those of us who can still stomach cable news watch as opponents chew each other's faces off in prime time. Pundits and politicians who should wait for the truth to be revealed instead turn today's story into a cudgel and, when proven wrong, refuse to walk it back, and who cares anyway? There will be a new epidemic of hate-shredding in the morning, in an hour, and as soon as it's there, we engage. Or we don't, and are spattered with the blood regardless.

It can be enlivening, certainly, to get caught up in a fight. However, one should come armed with courage, rather than, say, surreptitiously taking photos of me in public and posting them on social media, or anonymously calling all my husband's vendors and telling them to stop working with a company that supports "rape culture." Yes, that's a quote. This campaign, led by so-called feminists, sees no irony in trying to drive a man out of business because his wife voices opinions of her own.

Still, I don't regard the people pitching this battle as evil. I see them as unwilling to confront the world beyond their small chosen groups. Humans are hugely nuanced and complex and fascinating, and they are great to talk to. Why anyone, especially young people, who in Portland are in the main the ones waging these campaigns, would want to experience less of humanity strikes me as profoundly sad.

I have been asked whether I hate the people who started this. The answer is I don't. I see them as afraid of the ideas of others. With this in mind, I have several times offered to have conversations about issues they evidently find dangerous enough to go to war over. No one has taken me up on the offer.

Nancy Rommelmann is a journalist and the author most recently of the book "To the Bridge: A True Story of Motherhood and Murder."