Why the Fake Story About the Mossad Contradicting Netanyahu? 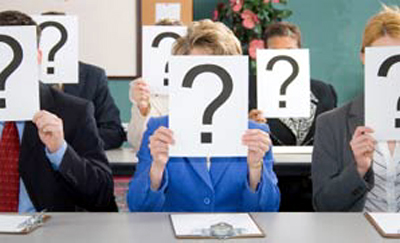 The headlines in the Guardian and Al Jazeera trumpeted what seemed like a very juicy story.

According to leaked South African intelligence cables obtained by Al Jazeera and shared with the Guardian, the Israeli intelligence agency Mossad had come to conclusions that "contradicted" Prime Minister Netanyahu's assertions about Iran's nuclear program in his 2012 speech to the General Assembly of the United Nations.

The charge was repeated in a story published by the New York Times. If true, then Netanyahu's speech, best remembered for the cartoon bomb illustration he brandished, would be exposed as political hyperbole.

But a closer look at the speech and the leaked cable shows that the headlines aren't justified. In fact, they are downright false. That leads us to ask the question why major media outlets are seeking to discredit Netanyahu with misleading stories just at the moment when details about President Obama's latest nuclear offer to Iran has become public.

The answer reveals a great deal about both the bias of the press and the stakes in the Iran nuclear debate.

Unpacking the assertions in the Al Jazeera/Guardian story isn't difficult. As Mitch Ginsburg points out in the Times of Israel, the crux of that story is that the leaked documents say that in 2012, the Mossad told its South African counterparts that, "Iran at this time is not performing the activity necessary to produce weapons." That led both papers (dutifully echoed by the Times a day later) to claim that Netanyahu's "inflammatory rhetoric" and "alarmist tone" about the prospect of an Iranian bomb was not only unjustified but a lie made out of whole cloth.

That is damning stuff indeed. But what exactly did Netanyahu say in September 2012 while brandishing a picture of a Wile E. Coyote-style bomb?

By next spring, at most by next summer, at current enrichment rates, they will have finished the medium enrichment and move[d] on to the final stage. From there, it's only a few months, possibly a few weeks, before they get enough enriched uranium for the first bomb.

Let's be clear about this. Netanyahu did not say that Iran would have a bomb in a few months. He just said they were enriching enough uranium to create a bomb. That is not a minor distinction. And on that point, there was no disagreement between the Mossad and the prime minister. Which is to say this big story is no story at all. But the much-ballyhooed "contradiction" which was not actually a contradiction is still being reported throughout the world and on cable news networks as a flaw in Netanyahu's arguments and a blow to his credibility.


It is true that the heads of Israel's intelligence agencies have at times clashed with Netanyahu. That was particularly true in 2012 when rumors were rife that the prime minister and his former rival and then coalition partner Ehud Barak, serving as defense minister at that time, were thinking seriously about ordering a military strike on Iran's nuclear facilities. The spooks were worried that such a plan couldn't work, would alienate the United States and, more to the point, might be rendered unnecessary by covert activities such as cyber attacks on the Iranian program and assassinations of scientists.

As it turns out, the spy agency and its American counterparts overestimated the damage that their Stuxnet attack on the Iranian computer systems could do. Though Tehran experienced a setback, all indications are that covert action conclusively failed to halt the Iranian program.

But the decision to go big with a story undermining Netanyahu this week is no accident. We learned that Israel's warnings that the U.S. was offering massive concessions to Iran in the nuclear talks were entirely true. The administration told the press that it was presenting the Iranians with a proposal that would not only allow them to keep most of their existing nuclear infrastructure and lift sanctions but that all they were asking them to do was to freeze their development for ten years after which restrictions would be lifted.

Combined with the latest report from the International Atomic Energy Agency that showed the Iranians were continuing to stonewall efforts to inspect sites that would allow the UN body to discover how much progress had been made toward weaponization, and what you get is a picture of a negotiating process whose only aim is to foster détente between the U.S. and Iran, not one whose purpose is to spike their nuclear ambitions.

The weaponization aspect of that report is significant particularly in light of the attention given the Mossad's 2012 conclusions. At that time it wasn't clear whether the Iranians were close to a bomb.

Neither the U.S. nor Israel knows the answer to that question today either. But what we do know is that Netanyahu's predictions about Iran's capabilities were not only vindicated but may well become accepted by the West in the wake of President Obama's proposal. Thus at this moment, damaging Netanyahu's credibility, even if it means shading the truth or inventing a contradiction when there is none, has become vital for those who believe confronting Iran over its nuclear program is a mistake.

No matter how many brickbats are hurled at him by the media or how many tactical mistakes he and his staff may make as they are being outmaneuvered in Washington by the White House, the fact remains that Iran's nuclear ambitions are a deadly threat to the security of the West and the moderate Arab nations as well as an existential challenge to Israel's existence.

But the president's apologists will have to do better than a misleading Mossad story if they are to succeed in silencing the critics of Obama's Iran appeasement.