Will impeachment and censorship defend Jews against anti-Semitism? 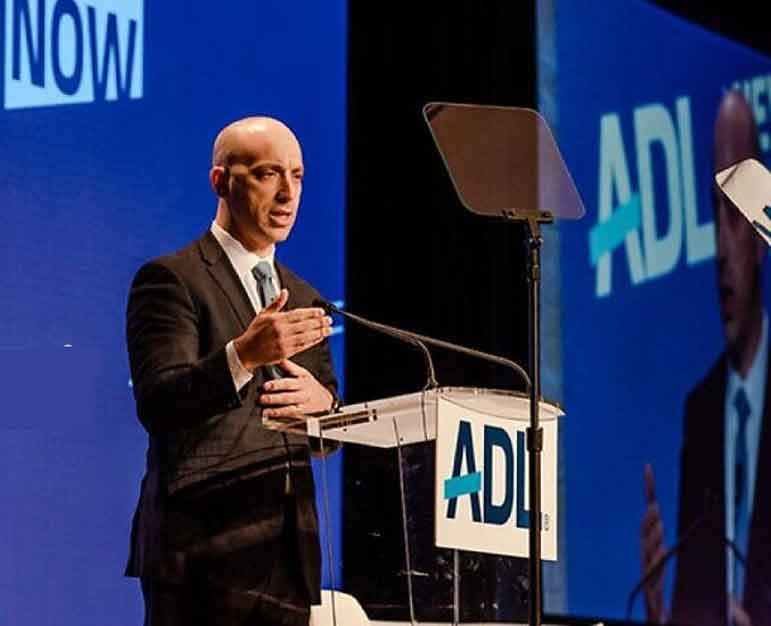 Jonathan Greenblatt, CEO and national director of the Anti-Defamation League. Credit: ADL.
With the U.S. House of Representatives passing new articles of impeachment against President Donald Trump, the debate about the proper response to his role in last week's disgraceful and bloody Capitol riot has now moved to the next stage.

Some supporters of the president are sticking with him, despite his egging on protesters to march on the Capitol to pressure Congress to prevent the certification of the votes of the Electoral College, where they stormed into the shrine of democracy, and his failure to unequivocally condemn it as it was happening. His outrageous call to Georgia's secretary of state a few days before the riot urging him to effectively falsify that state's vote is also in question. Other Republicans believe that the president must be held accountable for his conduct and will support impeachment both because they feel it is the right thing to do and a necessary response to misconduct. They may also hope that it will make it easier for their party to be freed from the grip of Trump and his supporters in the future.

Still, even many of those who concede that the case for impeachment and conviction is strong, believe that pursuing it now — with only days left in Trump's term — is unwise and may do more harm than good in terms of the effort to heal the nation's wounds.

These are difficult questions, and regardless of their partisan affiliations, honorable people can come to different conclusions about them.

But is impeachment an issue on which the safety of the Jewish community depends?

You can make that argument about any political issue since, as Americans, just about any subject for debate will, in one way or another, impact the lives of Jewish citizens, as well as reflect our values and beliefs. There are many organizations whose purpose it is to advocate on subjects that are primarily secular rather than more parochial Jewish concerns. At the same time, for those organizations whose job is to defend specific Jewish interests, involvement in partisan politics is a perilous and often destructive temptation. Whether it is a question of seeking support for Jewish communal needs, Israel or the fight against anti-Semitism, it remains imperative that those who claim to speak in the name of the community avoid taking stands that will confuse Jewish interests with those of their secular political allies.

Unfortunately, the leadership of the Anti-Defamation League has not only forgotten this principle but seems to think they no longer even have to pretend to be anything but a Democratic Party auxiliary group.

That became clear early on during Trump's term when, under the leadership of Jonathan Greenblatt — a former staffer in the Clinton and Obama administrations — the ADL began to adopt a tone of open hostility to the president. Greenblatt unceasingly sought to connect Trump's stands on immigration and other issues, as well as his intemperate rhetoric with extremist hate groups and white supremacists, despite there being no real evidence for their indictment of him. He blamed a series of bomb threats at Jewish community centers across America on Trump and never apologized when it turned out that they were the work of a disturbed Israeli teenager. And when a white-supremacist gunman attacked a Pittsburgh synagogue, murdering 11 Jewish worshippers, Greenblatt all but argued that Trump had caused the crime even though the extremist responsible opposed the president because of his support for Israel.

Further throwing caution to the winds, Greenblatt tweeted his opposition to the nomination of Brett Kavanaugh to the U.S. Supreme Court within seconds of the announcement, no matter that there was no discernable Jewish issue at play, let alone one involving the ADL's brief on anti-Semitism.

So it's hardly surprising that Greenblatt has already declared ADL's support for impeaching Trump a second time.

That's a position a lot of Americans — and, no doubt, the majority of American Jews — agree with, and not all of them are partisan Democrats like Greenblatt. But the question here is: What in the world is a group whose purpose is to monitor and advocate against anti-Semitism doing involving itself in the debate about impeachment?

It's true that there were a lot of open anti-Semites among the misguided crowd that assembled near the White House Ellipse to cheer the president's claims of election fraud. Their presence was even more obvious in the ranks of the mob that assaulted the Capitol. But there were Jews and others who had nothing to do with anti-Semitic hate among the president's supporters who gathered to applaud him that day. And some were even among those who joined the attack on Congress.

As a rule of thumb, the mere presence of anti-Semites and hate groups doesn't necessarily turn a protest or riot into a Jewish issue. If it did, then the ADL would have joined those in the Jewish world who opposed the "mostly peaceful" Black Lives Matter protests last summer because some of the organizing groups involved were guilty of Jew-hatred. The ADL was opposed to tying the entire BLM movement to the anti-Semitism of some of its leaders, like former Women's March president Tamika Mallory, who was the driving force behind the agitation over the police shooting of Breonna Taylor.

So let's not pretend that ADL is supporting impeachment because of anti-Semitism. It is doing so because it has long since decided that opposing Trump has become its priority.

If that weren't bad enough, Greenblatt has gone all-in on support for Internet censorship, supporting not just shutting down the accounts of neo-Nazis and Holocaust deniers, but also the efforts of social-media oligarchs to shutter Parler — a site created in order to provide a safe place for free speech for conservatives. While some anti-Semites might have used Parler, ADL is effectively supporting the monopoly of Twitter, which continues to allow left-wing and Islamist anti-Semites free reign on their platform. In effect, ADL has put itself firmly on the side of Big Tech control of national discourse, a more ominous and effective threat to democracy than the futile violence of the Capitol rioters.

Why has it gone down this road?


Not all of the blame is the result of having a partisan hack as its CEO. Its major donors and board seem to be just as uninterested in the ADL sticking to its job of impartially opposing anti-Semitism and supporting the Jewish state as Greenblatt. If not, they might have tempered some of their anti-Trump zeal because of the fact that he was the most pro-Israel president ever to sit in the White House. In this most hyper-partisan moment in memory, ADL's leadership is betting its future on the proposition that being a liberal political organization is safer and more popular than doing the important job for which it was created.

That's a shame, because unlike a lot of national Jewish groups, ADL still has an actual purpose and possessed a uniquely respected brand that was nurtured under Greenblatt's predecessors. But by aligning itself so closely with the Democratic Party and left-wing partners like veteran race-baiter Al Sharpton — whose incendiary anti-Semitic rhetoric helped incite the Crown Heights riots in 1991 — it is rightly no longer viewed as a nonpartisan organization that can be trusted as an impartial authority when defining Jew-hatred.

So while there is nothing intrinsically wrong about supporting impeachment at this juncture, having a Jewish group whose purpose is fighting anti-Semitism embrace that cause is a dereliction of duty that in a saner time might have doomed it to irrelevance. American Jews still need the ADL. Sadly, the ADL doesn't seem to think it needs to stick to defending Jewish interests.