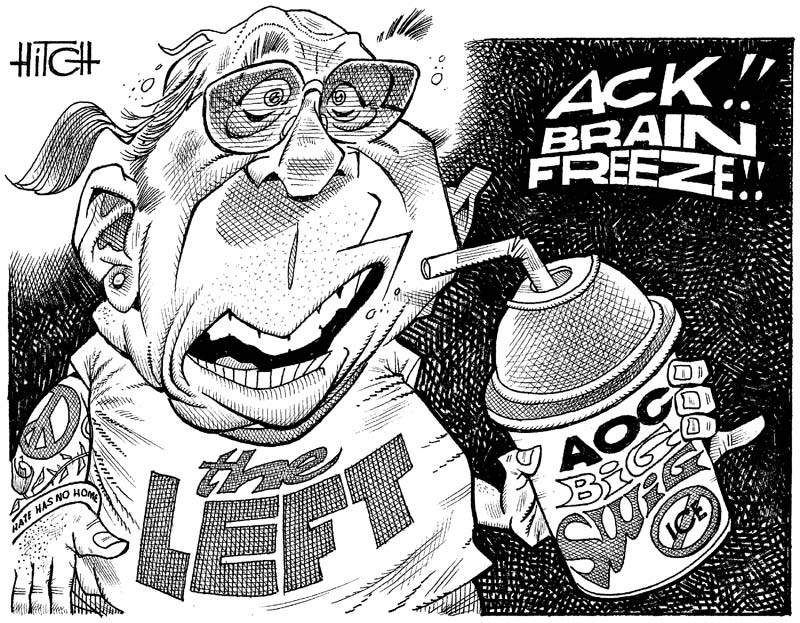 The congresswoman has been a vocal opponent of the Democratic Congressional Campaign Committee's policy to "blacklist" vendors and firms that work with candidates mounting primary challenges against Democratic incumbents. Ocasio-Cortez was one such candidate, having run a successful primary campaign against Rep. Joseph Crowley, D-N.Y., in 2018.

Democratic leadership sees the rule as necessary to protect seats and win elections, but critics like Ocasio-Cortez and fellow 2018 upset victor Ayanna Pressley, D-Mass., say it prevents fresh voices from reaching Congress and could encumber efforts to increase diversity in the halls of the Capitol.

Ocasio-Cortez has also not paid her dues to the DCCC during this campaign cycle and said she did not plan to pay. The funds are traditionally provided to the DCCC by House members to redistribute among other important races.

Fox News reported that nearly 100 members had yet to pay their dues as of October.

"DCCC made clear that they will blacklist any org that helps progressive candidates like me," Ocasio-Cortez tweeted. "I can choose not to fund that kind of exclusion."

Instead, Ocasio-Cortez said that she would raise money for candidates herself and that she had raised over $300,000 for other candidates.

The PAC, along with Ocasio-Cortez's decision not to pay her dues and to donate to candidates instead, draws yet another clear dividing line between the freshman congresswoman and the Democratic Party apparatus.

The Courage to Change PAC aims to "elect working-class champions who have lived the hardships we seek to eliminate - people who have experienced racial, economic, environmental, or social injustice firsthand," according to the website. Donations will be evenly split between Ocasio-Cortez's campaign and the PAC, the website says.

The PAC's website explicitly calls out the DCCC for not supporting such candidates. The DCCC did not immediately respond to a request for comment.

According to a tally provided by her campaign on Sunday afternoon, the PAC has raised more than $107,000 from over 7,300 contributions since its launch on Saturday, and the average for each donation was just under $15.

In the last two days, Ocasio-Cortez's campaign has raised nearly $150,000, according to data provided by it.

"There is a robust infrastructure set up to maintain and defend the Democratic majority, and to support moderate Democrats, and often that infrastructure is running against progressive in blue districts," said campaign spokesman Corbin Trent. "So what we're looking to do is to make sure that progressive candidates and incumbents have the support that they need to back policies that are going to improve the lives of everyday Americans."


While Ocasio-Cortez has publicly supported sitting Democrats such as Rep. Jahana Hayes of Connecticut and swing-district incumbents such as Reps. Lauren Underwood of Illinois and Katie Porter of California, she has also thrown her support behind progressive challengers like Jessica Cisneros, whose primary campaign against Rep. Henry Cuellar, D-Texas, has attracted national attention.

Some of Ocasio-Cortez's Democratic colleagues criticized her fundraising maneuvers last week. Rep. Gregory Meeks, D-N.Y., told Fox News that "DCCC dues are about supporting others because you want to be part of the team."

"The goal is to be in the majority," Meeks said. "And the goal is, when you are on a team, I would think, to respect individuals whose districts are different than yours."

In April, when asked about the DCCC rule on incumbents, House Speaker Nancy Pelosi, D-Calif., told The Post, "I'm for winning the House for the Democrats . . . My focus is strictly on winning the election and to putting our resources where it will win the election for the American people."