Amazon vs. Visa and the coming fintech wars 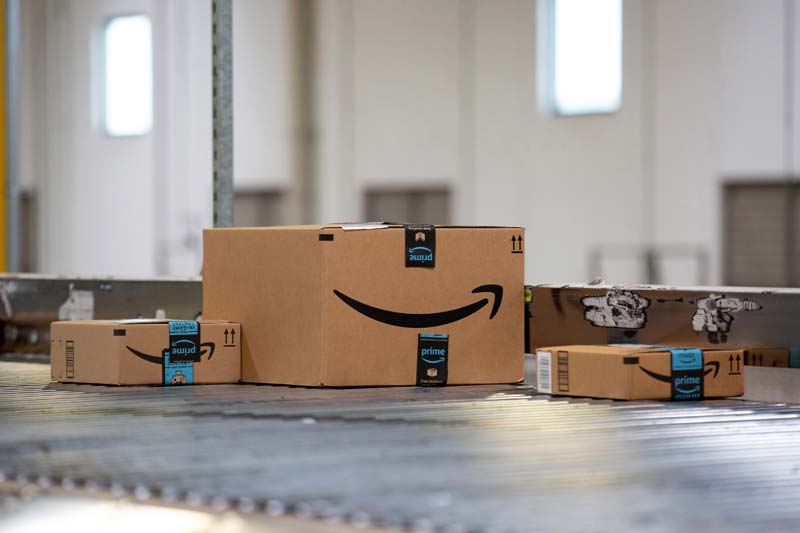 Amazon.com is showing its passive-aggressive side. The e-commerce giant has started a kind of fight with payments firm Visa over the costs of using its credit cards, but it won't confront the group head on. It is inflicting little wounds quietly and then saying as little as possible about why. It recently told Visa credit card users in Australia and Singapore that they face a 0.5% fee for using them on its websites there.

Amazon's latest poke? It won't accept Visa-branded credit cards from customers in the U.K starting next year. This doesn't apply to Visa-branded debit cards (where you pay straight from your bank account) or anything from MasterCard Inc.

What users in the U.K., Australia and Singapore seem to have in common is that they are relatively insignificant to either company's business. Amazon is small in Singapore, generally behind two other more popular e-commerce platforms, while Australia is one of the fastest-growing markets in the world for alternative forms of payments.

Amazon wouldn't give any details about its issues with Visa, only saying that the card company was more intransigent than other payment services in negotiations to reduce costs over time. "Visa is not working towards the same goal," it said. Amazon uses MasterCard for its own credit card in the U.K. and elsewhere. It said the relationship was not protecting MasterCard in this fight over fees. But Amazon is also looking to ditch Visa as the partner for its credit card in the U.S. and use MasterCard there as well, Bloomberg reported.

Visa has faced similar, but bigger, fights before. In the U.S., both Walmart stores and Kroger, two huge retailers, had stand-offs with Visa in recent years over its charges before reaching private settlements.

Behind this is the fact that payment technology is changing rapidly. Visa and MasterCard both face an unruly mob of threats from newer forms of payment and fintech firms that are faster and cheaper than any type of debit or credit card.

MasterCard and Visa are network companies: They run the systems over which payments are confirmed and settled. They've built and maintained cash "railway tracks" that have operated for years; the banks and payment processors are in charge of the trains and the stops - processors move the money, banks accept and dispatch it.

But payments are moving on with direct bank-to-bank transactions - the equivalent of getting teleported from Grand Central in New York to Union Station in Washington, D.C. The fastest growth is in buy-now-pay-later apps like Affirm or Klarna, which run their own direct payments technologies. Some people are trying to make crypto payments a thing (Good luck with that!).

Amazon has set up its own buy-now-pay-later operation in some countries and is trying to increase the payment options available to consumers in general, especially those that are quickest and cheapest to use. It looks like it's using the growing competition to extract concessions from the old network companies.

The train tracks make no money in this world. You can't charge people for something they don't need to use. That's why both Visa and MasterCard are furiously looking to diversify, setting up their own buy-now-pay-later technologies and getting into crypto in small ways, like MasterCard's recent partnership with Bakkt Holdings Inc., an exchange that can convert crypto for normal money for day-to-day payment.

The network companies think their rail tracks will still be useful for secure messaging to confirm payment instructions, even if they aren't needed to actually settle the payment (or even to confirm the money has arrived at the station).

Whatever Amazon is up to, the writing is on the wall: The old rail tracks just aren't going to be used as much as online and digital payments grow. These moves against Visa might only be flesh wounds, but the body of traditional card payments might eventually succumb to death by a thousand cuts.