Why the Dems don't have to go the way of Labour 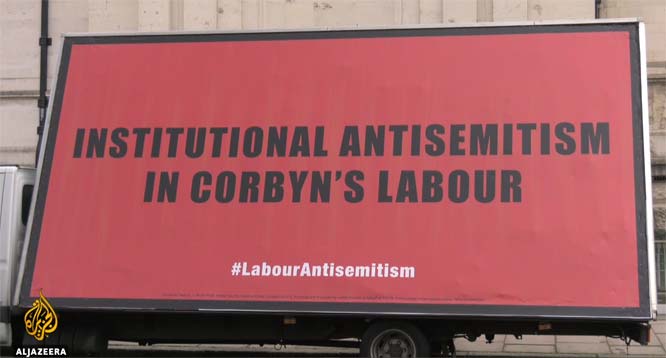 The upcoming general election being held in Britain on Dec. 12 isn't getting much coverage in the United States. Americans generally don't pay much attention to foreign policy, and the principal issue this year in the United Kingdom — Brexit — is something few Americans really understand.

But Americans ought to be paying attention to the outcome of the British vote because the transformation of the Labour Party in recent years illustrates what happens when a major political party in a democracy gets hijacked by extremists.

The December vote opens up the very real possibility that Labour leader Jeremy Corbyn could become Britain's next prime minister. Corbyn is a radical leftist who has sympathized with anti-Israel terrorist groups like Hamas and Hezbollah, and is openly hostile to Israel and Zionism. Under his leadership, anti-Semitism has found a home in Labour as his followers' disdain for Israel and Jews has led Britain's Jews, who were once as pro-Labour as American Jews are pro-Democrat, to view the possibility of a new such government as a direct threat to the future of their community.

How did Labour end up in the hands of someone like Corbyn?

The party traces its history back to 19th-century socialists. It in its early days, it may have had more in common with revolutionary movements like communism than with Britain's established Conservative and Liberal parties. But in the aftermath of World War I, Labour supplanted the Liberals and has alternated in power with the Conservatives since the 1920s. Its platform in that era was radical, though as it became one of the natural parties of government in the postwar era, it dropped its revolutionary tone. Its leaders seemed to have a lot in common with American Democrats.

Labour took a turn to the hard left in the 1980s while the Conservatives' Margaret Thatcher dominated British politics. It then returned to power under the leadership of Prime Minister Tony Blair in 1997. Blair helped rebrand Labour as a moderate party that was sympathetic to the interests of business and the middle class. That version of Labour closely resembled — and was to some extent modeled — on the way President Bill Clinton was able to steer the Democrats to the center in the 1990s.

Nevertheless, Blair's political magic evaporated with his support for the war in Iraq starting in 2003. And when Labour eventually lost power in 2010, his supporters were supplanted by more left-wing figures. That came to a head in 2015 when Corbyn, who had long been regarded as a marginal figure, surprisingly won the leadership of the party. The party's leftist grass roots and labor-union base loved him, even if most Labour members of Parliament did not. Within a few short years, Blair's Labour vanished.

This transformation led to the marginalization of Jews in Labour. It wasn't just that the party's leaders and its leading activists embraced anti-Zionist rhetoric. Their detestation for Israel was expressed in ways that made it indistinguishable from classic anti-Semitism sending a signal that anything goes with respect to bashing Jews. While Corbyn and the party pay lip service to the problem, hate for Israel and its Jewish supporters is now so deeply ingrained in the culture of the British hard left that it's clear there isn't room for Jews in Labour's ranks.

It's little wonder that British Jews regard the possibility that Corbyn might win next month as a potential disaster. Though the polls show Corbyn trailing Prime Minister Boris Johnsonâ€˜s Conservatives, if the British right splits its vote between his Tories and the hard-right Brexit Party, then it's not out of the question that Corbyn will be the one tapped by Queen Elizabeth to lead the country.

Do Americans need to worry about the possibility that the Democratic Party could undergo a similar transformation?

There are vast differences between the Democrats and Labour in terms of their history and ideology. Still, the Democrats' turn to the left in recent years is undeniable. Bernie Sanders was once as marginal a player in American politics, as Corbyn was during his 32 years as a Labour back-bencher, but he now has a not-insignificant chance to win his party's presidential nomination in 2020.

Elizabeth Warren's plans for the country are every bit as radical as those of the Vermont septuagenarian. And both have called for conditioning aid to Israel as part of a policy of pressuring it to make concessions that its citizens have rejected.

This is also a party that widely regards people like Rep. Alexandria Ocasio-Cortez (D-N.Y.) as a rock star who represents the face of the future. The same is true of fellow "Squad" members Reps. Ilhan Omar (D-Minn.) and Rashida Tlaib (D-Mich.), who are open supporters of the BDS movement and guilty of repeated instances of anti-Semitic and anti-Israel rhetoric.

Many, if not most, Democrats — in Congress and out of it — still support Israel, and don't think much of AOC and her pals or the radical plans of Sanders and Warren. But these radicals are popular among the party's left-wing activist base.

Only a few short years ago, Labour was a moderate party that Jews saw as their natural home. All it took was one leadership election and the unleashing of extremists to change that.

Someone like Corbyn might be alien to American sensibilities. But it is not out of the question that a victory of the left in the Democratic primary race could produce a result that — while not identical to the debacle in Britain — would still leave one of our major parties in the hands of its left-wing with unknowable consequences. And with the hopes of centrist Democrats resting on the declining candidacy of former Vice President Joe Biden, such an outcome is by no means inconceivable.

Corbyn's rise is a warning to Jewish Democrats that what happened in Britain can happen here. It's up to them to work to find alternatives that will ensure that their party doesn't fall into the hands of radicals who could marginalize pro-Israel Jews who still remain loyal Democrats.