For my 'brain fog', I turned to neurofeedback 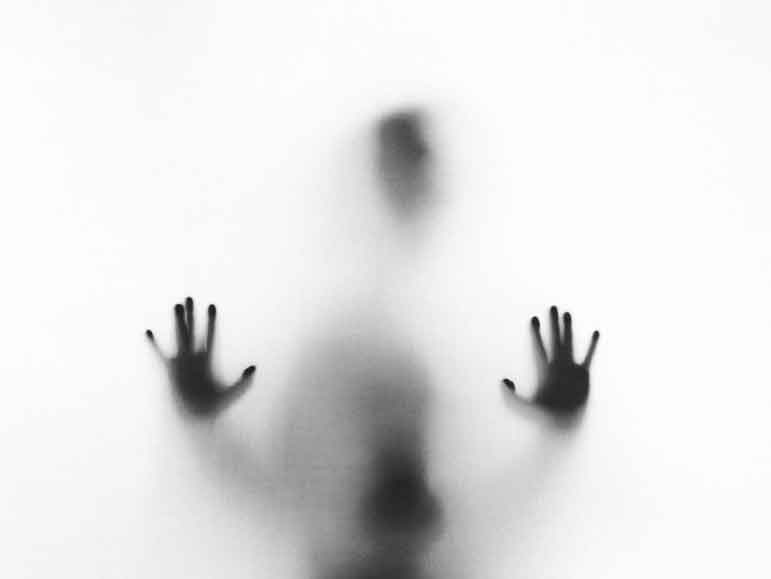 When I was 13, my mental health began to disintegrate, seemingly out of nowhere. I went from being radiant and energetic to detached and sullen. A mysterious brain fog deteriorated my speech, making conversation as painful as throwing a ball with a broken arm. This feeling persisted for more than a decade.

Like most people with mental health ailments, I defaulted to talk-therapy and medication for several years, but that brought little relief.

Feeling trapped inside a broken brain, I wondered if there were a more neurological basis for what was ailing me, rather than something purely psychological. Shortly after graduating from college in 2016, I found something that changed my life.

It started with a SPECT scan analysis - a type of nuclear imaging test that measures blood flow in the brain - that I had heard about from a TEDx talk.

There's a lot of debate about whether these scans are meaningful and how blood flow in different parts of the brain may correlate to mental health or other neurological problems. But the scan indicated reduced blood flow in parts of my brain that appeared to align with my complaints of cognitive decline.

A few months later, a neuropsychologist from a cognitive rehabilitation center diagnosed me with non-amnestic mild cognitive impairment (MCI), which can be a precursor to dementia in older adults. And he suggested I try something called neurofeedback.

Most people, even many doctors, haven't heard much about neurotherapy. It remains somewhat controversial and has never been subjected to gold-standard clinical tests, such as double-blind trials used in drug testing. It also remains largely unregulated.

Yet some experts believe it may provide an important treatment for such issues as attention-deficit/hyperactivity disorder (ADHD), traumatic brain injury, epilepsy, and several other conditions that can be hard to treat.

After that brain scan, I decided to try it.

Neurofeedback works by hooking patients up to a computer with electroencephalogram electrodes placed on a patient's scalp that detect electrical activity in their brain. That activity is then recorded on a computer as the patient plays a computer game, watches a video or listens to music.

The goal is for the patient to learn to modulate abnormal brain wave activity by providing real-time feedback - the game or music continues to play when wave patterns are in what is considered the optimal range and stops when they're too fast or slow. Eventually, patients learn to control the brain waves - by staying focused on the music for instance.

This retraining is thought to have a lasting effect because of the brain's plasticity - its ability to rewire its neuron networks in response to experience or injury.

In my case, the neurofeedback sessions each lasted 20 minutes, and I wore a cap with 19 electrodes placed on my scalp targeting specific brain regions governing domains like speech and executive function (which regulates planning and staying focused).

When I was calm and focused, the computer played an appealing instrumental piano music. If I twitched or let my mind wander, the music cut out. Over several sessions, I could see that my brain adjusted to ensure the melody kept playing.

After a few sessions, I experienced a gradual but noticeable improvement. My speech became more expressive, my lethargy began to abate and I felt a renewed sense of clarity.

Before treatment, I had to force myself to do everything. With more sessions, I went from being quiet and withdrawn to having more alertness and focus. After years of struggling to form a meaningful connection with others, I found I could have complex conversations on all sorts of topics. No longer was I talking in a monotone and reduced to short phrases and often inappropriate remarks. Those closest to me noticed the difference.

The physical agitation that once consumed my head also melted away - I didn't feel like there was a constant ache in my brain. Before neurofeedback, my brain felt swollen and dim, as if submerged in a foggy cloud of confusion. The relief I got from neurofeedback was like a deep cleaning for my brain that I never got from traditional therapy. It was like unclogging a kitchen sink.

After completing about 20 sessions, I had another EEG scan that showed some real neurological changes from my earlier scan that gave me a sense of empirical and quantitative evidence for the subjective feeling I was experiencing.

I had roughly 100 sessions over two years. By the end, I felt I had found a noninvasive, non-pharmacological treatment for the mental health crisis that had disfigured my life from ages 13 to 23.

It sounds like kooky science fiction - like something out of "The Matrix" movie - but neurofeedback has been used and studied since the 1960s. Yet it remains on the margins of mainstream science for a variety of reasons.

"No area of [its] application has been fully validated using the highest standards of research," says Laurence Hirshberg, director of Rhode Island's NeuroDevelopment Center and clinical assistant professor of psychiatry and human behavior at Brown University's Alpert Medical School. Hirshberg has worked with neurofeedback for 20 years and has seen perceptions of the therapy change in the medical field.

Some professional athletes are even using it in an effort to enhance their peak performance.

Martijn Arns, research director at the Brainclinics Foundation in Amsterdam, says there is "strong evidence" that neurofeedback works for epilepsy, insomnia and particularly for ADHD. Still, "all other indications for neurofeedback are still experimental in my view and one should be cautious about applying it clinically," he says.

Also, Arns says, "we need to keep in mind that neurofeedback is not a magic bullet for everything; other techniques are likely more effective for other disorders."

In my case, while two years of neurotherapy greatly improved my cognitive, emotional and social functioning, eventually I could see I'd hit a ceiling. It turned out there was another layer to some of my struggles: I was diagnosed with autism in 2019 at age 25.

Now, nearly five years since my first neurofeedback session, the gains I've made have stayed. But there were some residual anxiety issues that the neurofeedback didn't resolve, so I decided to give traditional psychiatry a second chance.

To my surprise, this time my experience with therapy and medication was much better. Of course, there could be many reasons for this, but I credit the changes produced by neurofeedback.